Without Sheryl Crow, Kacey Musgraves‘ Golden Hour album might not have become the masterpiece that it is.

On Friday’s Pop of the Morning, the “If It Makes You Happy” singer opened up about giving the 31-year-old singer-songwriter space to create away from the industry. As E! readers surely know, Musgraves recorded the critically-acclaimed album in Crow’s barn, just outside Nashville.

“It was recorded in my barn, I have a studio above my working barn. I mean, we have horses,” Crow dished to POTM co-hosts Victor Cruz, Lilliana Vazquez and Scott Tweedie. “She had a hugely successful, I think it was her first album, it was just massive. And she wanted the opportunity to kind of, you know, explore and not have the eyes of the industry on her.”

Thus, Crow noted that she extended an invitation to Musgraves to record at her unique studio. “It’s totally quiet, off the beaten path and it was just great having her there,” the hit maker continued.

In fact, Crow joked that Golden Hour was so great because it was made in her home.

“I feel I should get 50 percent,” the chart topper quipped.

Nonetheless, Crow noted that having Musgraves in her barn was a memorable experience. Specifically, Crow recalled bringing her boys—Levi James (9) and Wyatt Steven (12)—to listen to Musgraves’ music.

While Crow touted that it was “incredible stuff,” she mentioned that one of her boys thought a skunk was loose in the barn.

“My 9-year-old said, ‘Mom, it smells like there’s a skunk in there. Maybe we should do something about the skunk,'” Crow said. “I was like, ‘A kind of skunk, maybe not a skunk.'” 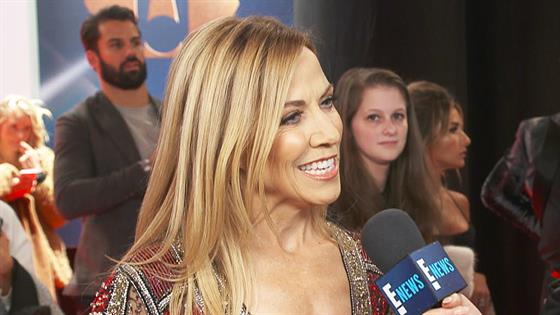 Speaking of her boys, Crow revealed her sons have special jobs while on the road. As the “Soak Up the Sun” singer stated, her boys are at an age where they’re excited to make money, so she has them helping the roadies on tour.

“I said ‘If you guys bring out guitars every night and you help the crew, I’ll pay you $5 a show.’ I mean, that adds up by the end of the summer,” the musician noted. “Midway through the summer, we’re on stage taking bows and my 9-year-old says, ‘Mom, I think we should negotiate a flat fee.'”

According to Crow, her boys “love” being on the road and are already looking forward to her upcoming tour, which kicks off in April.

For all of this and more, including Crow’s thoughts on women empowerment in music, be sure to watch the footage above.

Watch Pop of the Morning weekdays at 11 a.m.!