Should we really risk our privacy to protect lives? As the Government rolls out a contact-tracing corona app 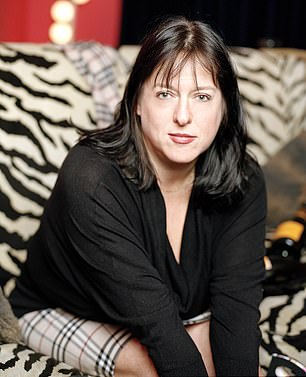 by Julie Burchill, writer and broadcaster

People who go into attention-seeking professions often bleat that they are ‘very private people’. I’m not like that. I’ve been what is crudely known as an ‘attention whore’ ever since I became a teenage journalist, and I remain one to this day.

So I don’t give a fig for the moaners currently complaining about the exciting-sounding NHS virus-track-and-trace phone app being tested on the Isle of Wight, with frontline staff to be given first access.

If successful, it could be rolled out across the country within weeks as our country emerges blinking into the unforgiving sunshine of a withered economy and a culture of fear.

You’d think that people would want to do anything that might get our lives back to some semblance of civilisation again. But no, the usual suspects — lawyers and MPs — are wailing about data protection laws, invasions of privacy and even breaches of ‘human rights’.

Am I cynical in thinking that these pompous clowns are more concerned about their private internet searches being revealed to a mocking public? (We could do with a laugh!) Then there are the rabid conspiracy cranks who see this as part of the ‘Plandemic’ which will allow a slavering Bill Gates to personally inspect their Candy Crush scores.

Of course, government surveillance can be sinister; but we are lucky enough to live in a robust democracy — and anyone who can’t see that shouldn’t be allowed to vote. Trust in the Government is at a historic record high, a source of satisfaction to sensible people, but extremely upsetting for those who believe that Tories eat children.

Ironically, I’ve never owned a mobile phone. I think people look so self-important on them. But if there’s a chance that this app could save one life, I’ll rush out and buy the latest model as soon as the shops open.

If I can abandon such an extreme position for the greater good, I don’t see why it’s so difficult for people whose smartphones are already routinely mined for data thanks to their use of social media and other apps — and who, before lockdown, ‘checked in’ so enthusiastically to every place they went, before photographing their lunch to show to strangers.

If they can’t see the ludicrousness of pleading privacy while broadcasting every dreary turn of their lives, then maybe it’s true that smartphones really do rot the brain. 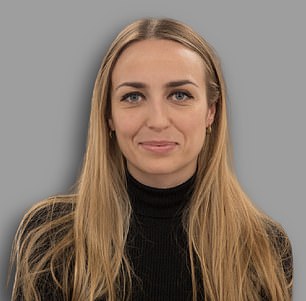 Silkie Carlo (pictured) argues the abandonment of privacy is not only unnecessary, it’s dangerous

Britons are currently faced with some of the biggest sacrifices we’ve made in generations.

We have suspended liberty itself with the intention of saving lives. But not all of the trade-offs we’ve been asked to make will protect public health. In the case of the NHS contact-tracing app, the abandonment of privacy is not only unnecessary, it’s dangerous.

The NHS volunteer army of 750,000 that is serving the most vulnerable people was not conscripted, but instead arose from a sense of duty.

Now the Health Secretary, Matt Hancock, tells us that downloading the NHS app is our ‘duty’, yet he has failed to answer serious concerns about the GCHQ-backed app.

These include questions over whether the app centralises data collection that cannot be deleted, can sometimes fail when the phone is locked and whether it could be prone to a serious ‘mission creep’ — i.e. the Government potentially could use our data to police the lockdown.

I joined Big Brother Watch, a privacy campaign group, because I fear we’ve long risked losing the British tradition of civil liberties and are slipping into a surveillance state.

Most ‘smart’ devices, including phones, leech data from us to feed big technology companies.

Our right to privacy balances the power between the public, corporations and the state, protecting democracy and freedom of speech. And medical privacy is also vital to ensure people seek care when they need it most.

The Government needs 60 per cent of the population to use the app for it to have an impact. But mass uptake will only happen if the public trusts the app and believes it will work. So we deserve answers.

Sadly, the project is somewhat tainted by the over-confident, tech-solutionism that has been foisted on the public, and the public purse, for far too long.

Plus, the life-saving goals of any contact-tracing app in the UK will be severely limited by the fact that fewer over-70s use smartphones.

An app can work, but it’s not a silver bullet. The Health Secretary was wrong to tout it as a ticket to get our liberty back.

If it does work — and we all want it to — it will need to have privacy and trust at its core.

Related posts:
May 7, 2020 Lifestyle Comments Off on Should we really risk our privacy to protect lives?
Celebrity News:
Novak Djokovic is extremely disappointed to be deported from Australia
Lucy Mecklenburgh flaunts baby bump in swimsuit as she kisses fiancé Ryan Thomas
50 Cent’s GF Cuban Link ‘Sick of’ Trolls Accusing Her of Having Plastic Surgery
Bob Saget Revealed COVID-19 Battle Days Before Death: 'It Does Not Feel Good'
Katherine Ryan takes mick out of Molly-Mae Hague backlash amid '24-hour' comment
Recent Posts