Olivia Rodrigo wasn’t afraid to be playful with her Sour album cover. The “Drivers License” artist appeared with stickers covering her face and four stickers spelling out Sour on her tongue. Here’s what we know about this cover art.

It’s brutal out here. After months of teasing original songs on her social media accounts, Rodrigo debuted her purple-hued debut album Sour in 2021. This record came with songs “Brutal,” “Drivers License,” and a symbolic and significant title.

“I’m obsessed with the concept of awesome things in my life – like my relationship with myself and with others – progressively going sour as I get older,” Rodrigo said of the album title during an interview with The Face. ​“It’s a very visceral word, one that captures the sounds that I’m inspired by and a specific slice of my life at 17. Plus, it has my initials in it, which is a bonus!” 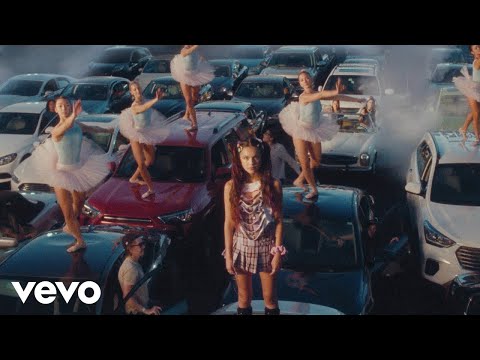 Aside from its original songs, listeners know Sour for its unique album cover. In it, Rodrigo appeared in the center with stickers covering her face. She had four stickers on her tongue, each with a letter, to spell out “sour.”

Three weeks before Sour debuted on most streaming platforms, the artist posted a video to her Instagram account. It featured the artist covered in stickers, with her pushing her hair aside and sticking her tongue out.

So yes, the stickers on Rodrigo’s face and tongue in the Sour album cover were real. Since its release, though, several fans re-created this look, with Instagram eventually debuting a Sour-themed filter.

When it comes to the meaning behind these stickers, Nylon hypothesized that “stickers are playful, fun, and colorful emblems of youth and adolescence—essential parts of scrapbooks and diaries. You need stickers as a finishing touch when you’re done writing out all your frustration and hormone-driven angst.”

The purple album cover played a large role in the aesthetic of this production. However, Rodrigo appeared in several other promotional pictures for Sour. When Rodrigo announced the Sour Prom experience, she released a picture of herself dressed in a prom dress, complete with flowers and a tiara. 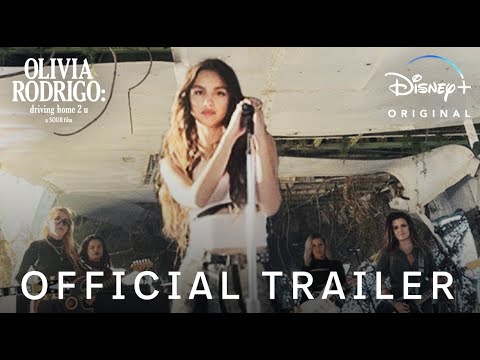 Aside from her Disney+ project, Rodrigo is slated to perform at the 2022 Grammy Awards. She’s nominated for several awards at this year’s ceremony, including Best New Artist, Album of the Year, Record of the Year, and Song of the Year.