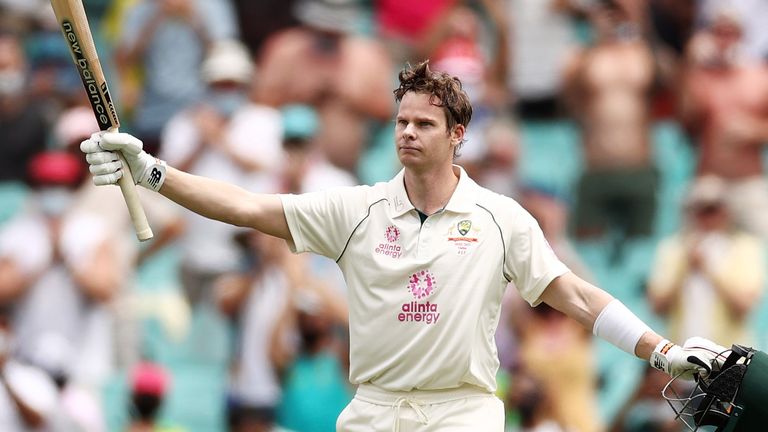 Steve Smith held Australia’s batting together on day two against India at the SCG as he registered his first Test century on home soil for more than three years.

Smith was last man out after an innings of 131 – the first time he has scored a Test ton in Australia since an undefeated 102 during their Ashes clash against England at Melbourne in 2017.

Although he and Marnus Labuschagne (91) shared a century partnership, India’s bowlers fought back to dismiss Australia for 338, with spinner Ravindra Jadeja picking up four wickets.

Opener Shubman Gill then posted his maiden Test half-century as India reached 96-2 in reply to reduce the deficit to 242 heading into day three. 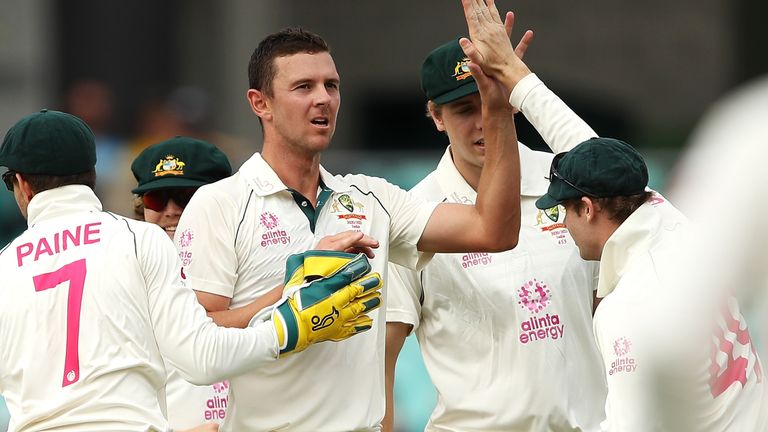 Resuming on 166-2, Australia’s momentum was slowed by bursts of morning rain, but Labuschagne looked set for his first hundred of the series as he and Smith took their third-wicket stand to exactly three figures.

However, Labuschagne became Jadeja’s first victim of the innings, snapped up at slip by Ajinkya Rahane, and Smith maintained a pose of lone defiance as the middle order began to crumble around him.

Matthew Wade (13) attempted to take on Jadeja, only to pick out Jasprit Bumrah at mid-on and the seamer (2-66) then struck twice with the second new ball to reduce Australia to 255-6 just after lunch.

Bumrah nipped one back to trap Cameron Green (0) lbw before bowling Tim Paine (1) in similar fashion, but Smith frustrated the bowlers, advancing to his ton with a series of ramps and scoops.

Both Pat Cummins and Nathan Lyon fell to Jadeja (4-62) without scoring, but Mitchell Starc’s lively knock of 24 from just 30 deliveries ensured that the home side passed 300.

It was Jadeja who eventually wrapped up the innings by running Smith out with a direct hit from the deep as the batsman came back for a second, with his dive not quite sufficient to make his ground.

Gill and Rohit Sharma, returning to the India side after injury, then put together a solid opening stand of 70 either side of the tea interval.

Josh Hazlewood (1-23) made the breakthrough, taking a return catch to dismiss Rohit for 26, but Gill – who looked strong off the back foot – progressed to his first 50 in Test cricket.

Cummins (1-19) prised Gill out before the close, persuading him to drive into the hands of gully, and it was left to Cheteshwar Pujara (9no) and Ajinkya Rahane (5no) to see India through to stumps.