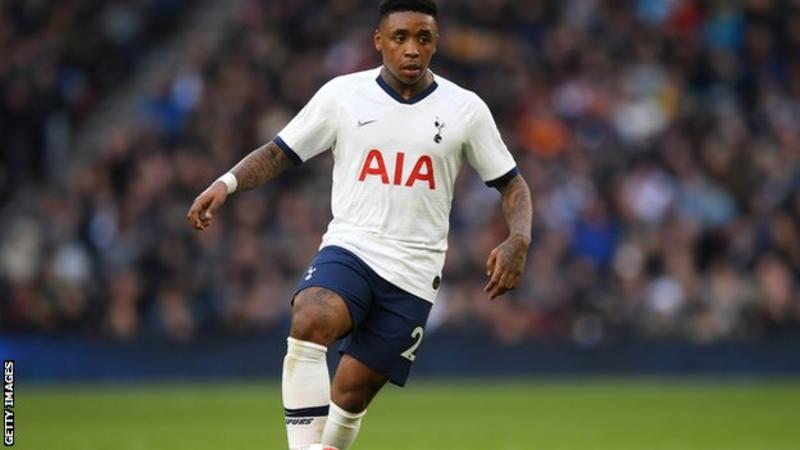 Steven Bergwijn faces an “extended period of rehabilitation” after suffering a “significant sprain” to his left ankle, Tottenham say.

The 22-year-old Netherlands winger, who joined Spurs from PSV Eindhoven in January for £27m, was injured in Saturday’s 1-1 draw at Burnley.

It is the latest setback for Tottenham, missing forwards Harry Kane and Son Heung-min with long-term injuries.

In addition, midfielder Moussa Sissoko has been out since 1 January.

Kane, Tottenham’s leading scorer for the past five seasons, encouraged Spurs followers on Monday with a message on social media.

The England international, 26, is recovering from surgery to repair a ruptured left hamstring tendon, suffered during the defeat at Southampton on 1 January.

But he posted: “Love being back on the grass with a ball at my feet.”

Son could miss the remainder of the season after breaking his arm against Aston Villa on 16 February.

Sissoko, meanwhile, is recovering from surgery on the medial collateral ligament in his right knee.

On Tuesday, Spurs visit German side RB Leipzig in their Champions League last-16 tie, trailing 1-0 from the first leg in north London.