Amber Portwood charged with 3 felonies, boyfriend files for custody of their son

“I haven’t seen her in quite some time,” the reality star, 31, said in a confessional in Tuesday’s episode of the MTV show. “Leah and I are still struggling with our relationship. My relationship with Leah has changed a lot.”

Portwood believes her ex Gary Shirley and his wife, Kristina Anderson, have been keeping the preteen from her.

“I haven’t heard back from Gary or Leah if I can see her on Easter,” Portwood explained. “I feel very stressed right now. A little sad. … All I do is text Leah all the time. I don’t get anything back. Never. Not anymore.”

She then proceeded to share screenshots of unanswered texts she’s sent to Leah over the last few months while reiterating that she hasn’t seen her daughter in “a long time.”

“I can’t count the days. It’s just going to make me more depressed. I don’t understand why I’m getting treated this way right now. I’m not going to give up on her.”

In April, Portwood took to Instagram to wish her daughter a happy Easter.

“I know you are going through a lot and there are many things I need to do to make things right. However, I will always love you, my beautiful daughter. Love you 💕and Happy Easter 🐣,” she captioned a photo of them together. 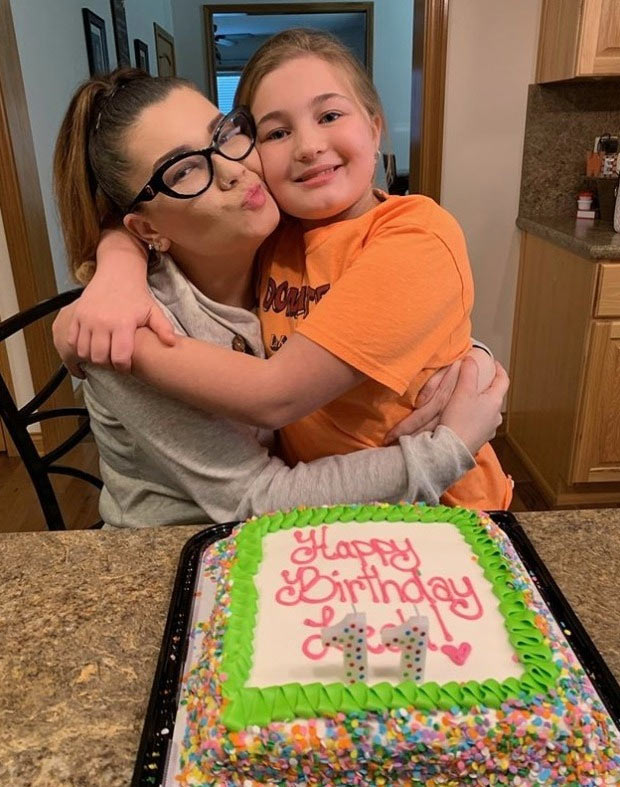 Leah herself previously explained that she and Portwood don’t “really have a bond” during an April episode of “Teen Mom OG.”

“Twelve years and she hasn’t really done anything. That’s kind of been, like, Kristina’s spot. … All she did was give birth to me,” she said of Portwood.

This didn’t sit well with the preteen’s father, Shirley.

Portwood believes her daughter only likes stepmother Anderson because she “spoils” her.

“[Leah] respects her because she brings her out to Starbucks, gets her nails done and spends over $1,000 of clothing on her,” the reality star said in an Instagram Live shortly after the April episode aired. “Hell, I’d respect her too. See, I wasn’t raised that way.”

Portwood is also the mother of son James, 3, with ex Andrew Glennon,