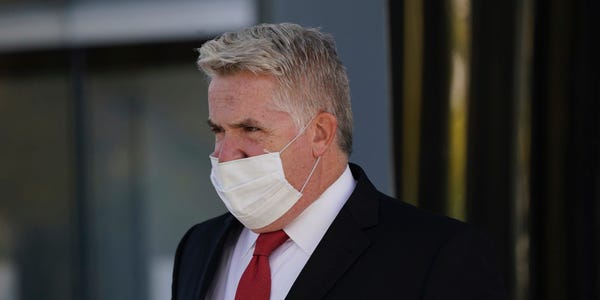 "These gangs have their roots right here in the Utah prison system," he said. "But they also have very strong ties nationwide to other violent white supremacy groups."

In total, 15 federal indictments charged the 21 suspects with crimes including methamphetamine and heroin distribution, being a felon in possession of a firearm, and possessing a firearm while trafficking drugs. On Wednesday, 11 defendants were arrested while another 10 were already in police custody.

"There are cynics who would say, 'Oh, this is just a response to the political debate that's going on in this election season.' No," US Attorney John Huber said during a press conference on Friday. "Unfortunately, this is a Utah product," he said. "White supremacy gangs, it's one of ours, we own it, and we're not proud of it."

The multi-agency investigation started in June 2019 and was led by the Justice Department's Organized Crime Drug Enforcement Task Force, in collaboration with the Bureau of Alcohol, Tobacco and Firearms, the US Attorney's Office, the US Marshals Service, and multiple local police agencies.

The investigators said that 1.65 pounds of methamphetamine were purchased and 15 firearms were recovered during the investigation.

The indictments follow another Justice Department announcement on October 14, related to gun and drugs charges brought against 24 defendants, including some alleged members and associates of the white supremacist gang Aryan Circle.

The FBI has warned for years of the threat that far-right extremists and white supremacist groups pose to Americans, and FBI Director Christopher Wray has repeatedly said that a majority of the agency's domestic terrorism investigations involve white supremacist violence.