A quirky Japanese pod hotel is giving its guests wake up calls – without even making a sound.

The Millennials capsule hotel makes sure its customers don’t sleep in by propping up their beds and automatically turning on the lights when it’s time to get up.

The hotel, in Tokyo’s trendy Shibuya district, is made up of ‘SmartPods’ that feature a reclining bed as well as an iPod Touch and an 80-inch screen. 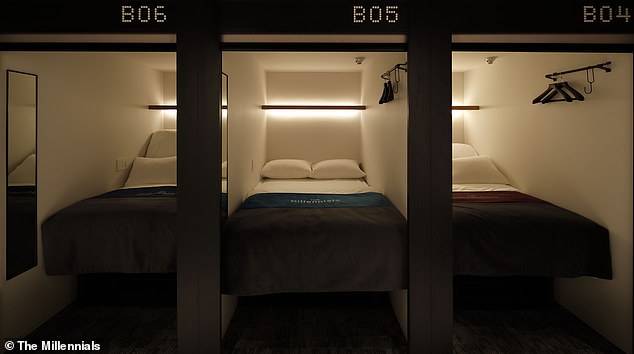 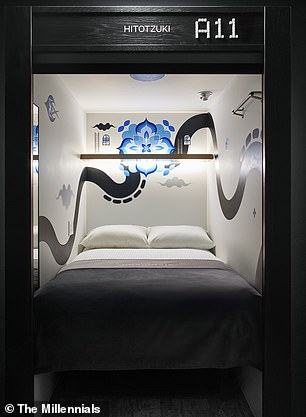 Guests can use the iPod to set an alarm, which activates the motorised bed and turns on the lights.

The iPods can also be used to control the lighting, pod temperature and bed angle manually.

The 120cm-wide beds also feature a 25cm-thick Serta mattress, which the hotel says makes ‘the comfort of the beds rival that of a five-star hotel’.

The 80-inch screens, which are at the front of the pods, allow guests to watch relaxing videos or look at photos from their personal devices.

There is also storage space underneath the beds that is big enough for a large suitcase to fit inside.

In addition to the pods, the hotel, where stays start from around £30 per night, also has several co-working spaces and common areas, where guests can relax. 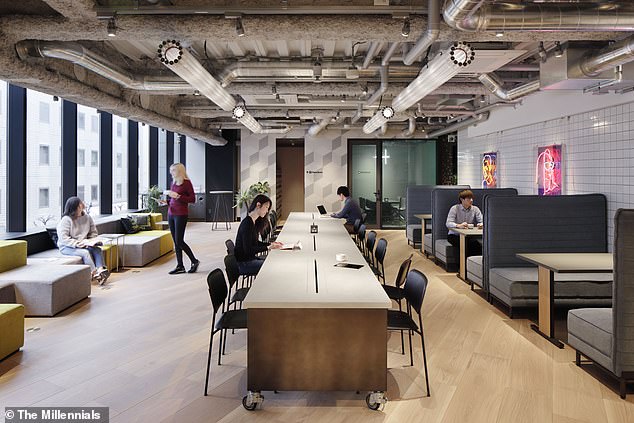 In addition to the pods, the hotel, where stays start from around £30 per night, also has several co-working spaces 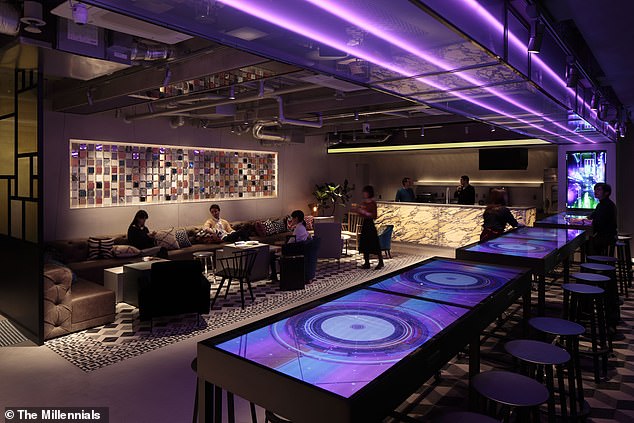 One of the common areas at The Millennials. Breakfast is included in the price of a stay

Breakfast is included in the price of a stay and free coffee is available 24 hours a day.

Guests can also take advantage of free beer, which is on tap between 5.30pm and 6.30pm each evening.

There are also branches of The Millennials in Kyoto and Fukuoka.