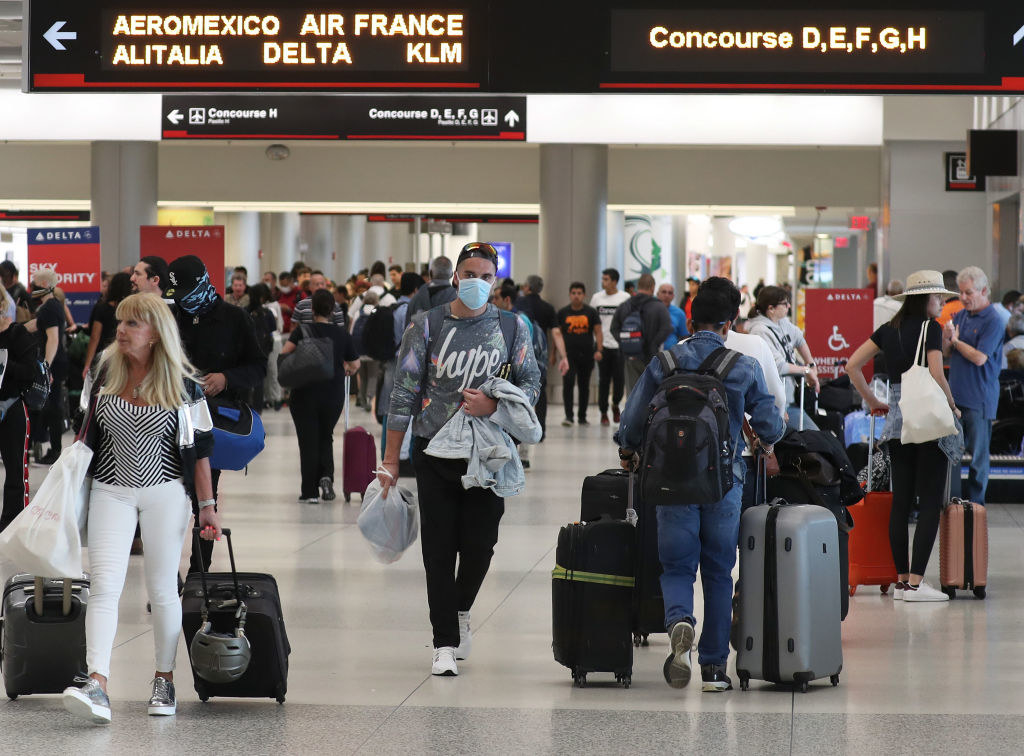 In the United States, the confirmed number of COVID-19 cases passed the grim milestone of 5,000 on Tuesday — and the true total is probably five to 10 times higher, according to a new analysis.

No one knows the actual number of cases in the US because the nation is weeks behind in widespread testing since the first known case arrived in January. The new study, published Monday in the journal Science, suggests that undiagnosed cases are a significant driver in the highly contagious and deadly pandemic, based on how the early days of the outbreak unfolded in China.

In mid-January throughout China, very few of the people who were infected — just 14% — were actually diagnosed by a doctor, researchers estimated. That means that 86% of cases were walking around unrecognized by the health care system.

These projections are based on data from before Jan. 23, when China enacted strict travel restrictions in an attempt to stem transmission. The researchers say that the US is in a similar early period of its own outbreak.

“I wouldn’t be surprised if it’s more than 50,000 people who have been infected at this point in the United States,” Jeffrey Shaman, an infectious disease expert at Columbia University and senior author of the study, told BuzzFeed News. Other researchers were from Imperial College London, the University of California at Davis, the University of Hong Kong, and Tsinghua University in Beijing.

Outside experts said the study further emphasizes the need for catching the milder cases that can drive an epidemic. Testing in the US has been significantly delayed due to the CDC providing glitchy lab equipment and initially setting strict criteria for who could get tested, critics say.

“At a national and regional level, we need lots more testing, as soon as possible,” Meagan Fitzpatrick, who specializes in infectious disease modeling at the University of Maryland, told BuzzFeed News by email, calling the new estimates “sobering.”

To estimate the numbers of undocumented and documented infections in China before Jan. 23, when travel in and out of Wuhan was prohibited, the analysis used known coronavirus-case data from hundreds of Chinese cities and cellphone-location data that provided a model for social interaction within the population. “Undocumented” cases were defined as infected people who were not diagnosed, which could range from very sick people who didn’t go to the doctor all the way to people who didn’t have any symptoms.

However, there isn’t much evidence to show that people who never show any symptoms are spreading the coronavirus, Tara Smith, an epidemiologist at Kent State University who wasn’t involved with the analysis, told BuzzFeed News. “What I have seen evidence of are people who are still incubating the virus (“presymptomatic”) but do not have symptoms yet but are potentially spreading the virus,” Smith said by email.

It’s more likely that transmission is being driven by those who experience symptoms mild enough that they still go to work, school, the movies, and the mall, unwittingly spreading the disease along the way, Shaman said.

Even though the unreported cases weren’t as contagious as diagnosed ones, there were so many more of them that they were responsible for more than 3/4 of the known transmissions, the analysis estimated. And those known cases could entail severe symptoms requiring hospitalization, even if the infections that caused them were more benign.

“Just because you or I might get an infection from somebody who’s mildly asymptomatic, it doesn’t mean we ourselves won’t wind up in the ICU,” Shaman said.

The case estimates show the need for a clampdown on community transmissions, researchers said. Since China enacted its strict containment restrictions, which included a lockdown on 60 million people in the Hubei province, the rate of new cases has significantly dropped.

Over the last few days, San Francisco has enforced a shelter-in-place order, and cities including Los Angeles, New York, and Seattle are closing down restaurants and bars, all in attempts to slow the rate at which the virus is spreading. But it’s not clear how long people will need to hide out at home to end the emergency.

“Does a society have the resilience to handle a situation like this?” Shaman said. “This is a level of disruption we have not seen since WWII in this country.”