Remembering Mummy: King Charles III recalls the Queen trying on the crown at home ahead of her coronation in BBC special – while Princess Anne and Prince Edward reminisce about her humour

King Charles III has recalled how the Queen tried on the crown at home ahead of her coronation – as he joined his siblings in paying tribute to the Queen in a BBC special which was broadcast last.

King Charles III, 73, the Princess Royal, 72, and Prince Edward, 58, all reminisced about their mother in clips that have been shared by the BBC as part of a BBC One special which aired last night, A Tribute to Her Majesty The Queen.

In the interviews, which are believed to have been recorded ahead of the Queen’s death, the new Monarch and his siblings remembered her sense of humour and the ‘twinkle’ in her eyes, as well as other ‘marvellous’ moments and family holiday.

Prince Andrew, 62, the Queen’s third child, did not feature in the clips shared by the BBC.

Homages from across the world have been pouring in since it was announced the Queen had passed in Balmoral on Thursday at the age of 96. 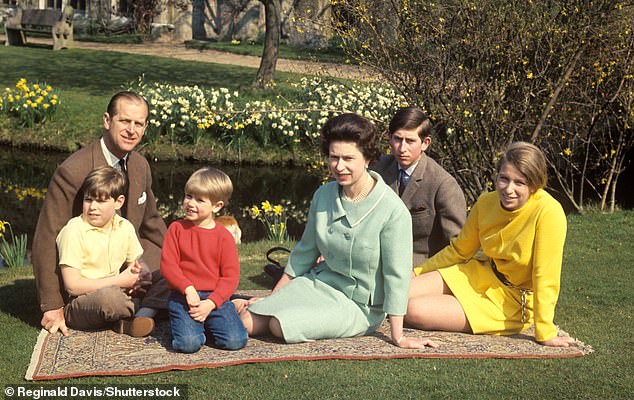 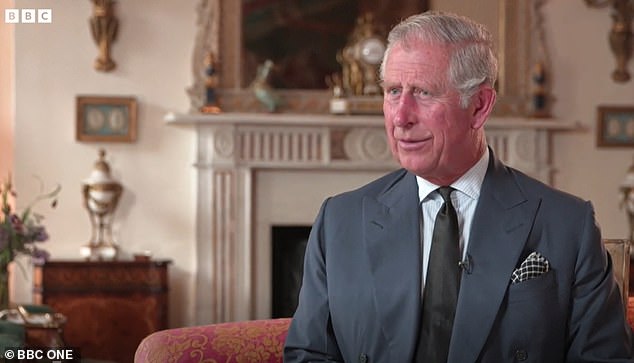 Speaking first, King Charles recalled seeing his mother prepare for her own coronation in 1953, when he was three

Speaking first, King Charles recalled seeing his mother prepare for her own coronation in 1953, when he was three.

‘I shall never forget, when we were small, having a bath and she came in practicing wearing the crown before the coronation,’ he said.

‘All those sorts of marvellous moments, I shall never forget,’ he added.

He added it would have been ‘difficult’ not to have the Queen’s presence throughout his life. 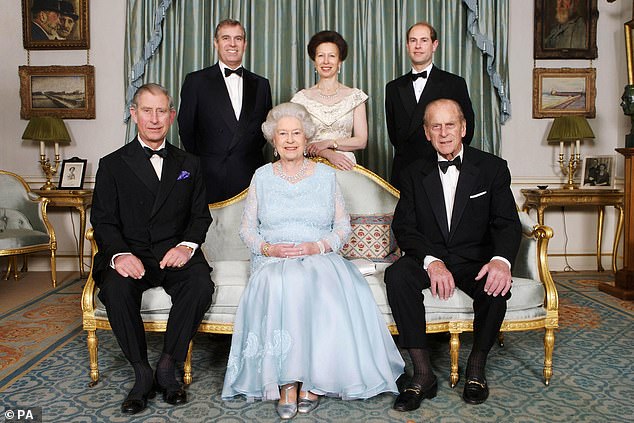 The new Monarch and his siblings remembered the Queen’s sense of humour and the ‘twinkle’ in her eyes, as well as other ‘marvellous’ moments and family holiday. Pictured in 2007

‘She was always there, I could talk to her about this, that, or the other.

‘I think that’s always going to be something that will be very difficult not to have,’ he said.

Meanwhile, the Princess Royal reminisced about the Royal family’s busy holidays away from the limelight.

‘There was a lot going on in those periods… it was probably the times she most enjoyed,’ she said.

‘Partly because it included all the things she enjoyed – the countryside, the dogs, the horses, and just being out and about – and being able to get away a bit from that public gaze,’ she added. 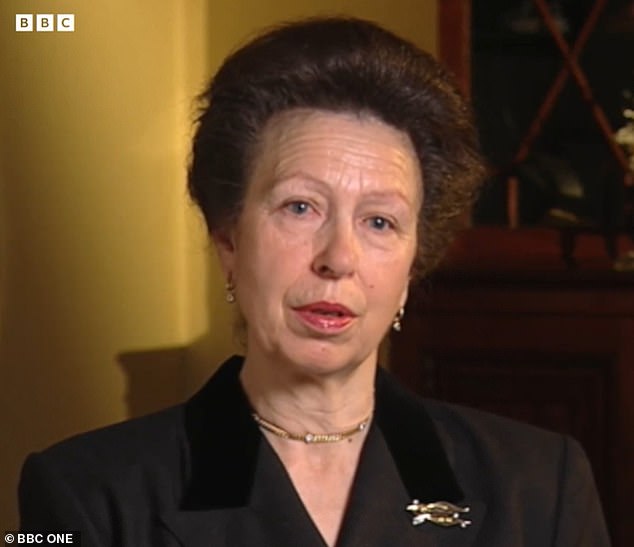 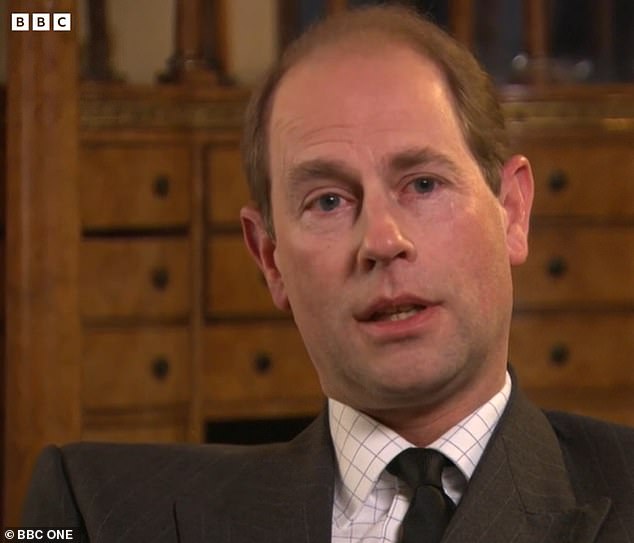 In the skit, Daniel Craig, who held the role of James Bond at the time, was summoned to Buckingham Palace to pick up the Queen.

Corgis in tow, the Monarch, dressed in a pink suit, was escort by the actor playing her secret agent onto a helicopter.

The humourous clip culminated with a stunt double for the Queen launching herself out of the helicopter and being parachuted into the ceremony under raucous applause.

Prince Edward said: ‘There was Daniel Craig as James Bond, arriving at Buckingham Palace… and everybody, wherever you were in the world, was thinking exactly the same thought – who will be playing the Queen? And it was the Queen.’ 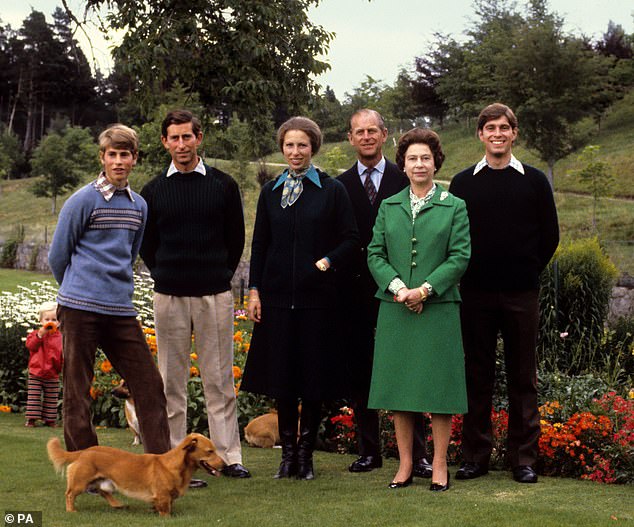 ‘And it had the same effect on everybody who was watching – they just couldn’t believe it,’ he added.

‘I thought it was an extraordinary moment because it just showed that fantastic twinkle and sense of humour – the fact that my mother kept that completely to herself, and the team didn’t tell anybody was just brilliant,’ the royal went on.

The programme was broadcast after King Charles III gave his first national address from the Buckingham Palace Drawing Room.

The new King last night paid tribute to his ‘darling Mama’ the Queen and vowed to ‘renew’ her ‘promise of a life of service’ as he delivered a deeply revealing and personal first address to the nation.

He spoke to the nation from the same room where his mother made dozens of Christmas messages in a historic nod to her impressive legacy. 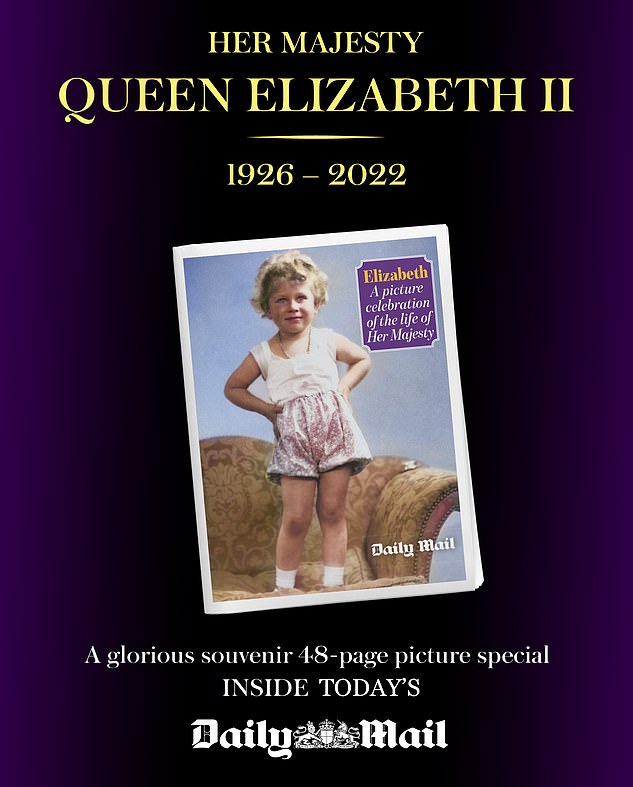 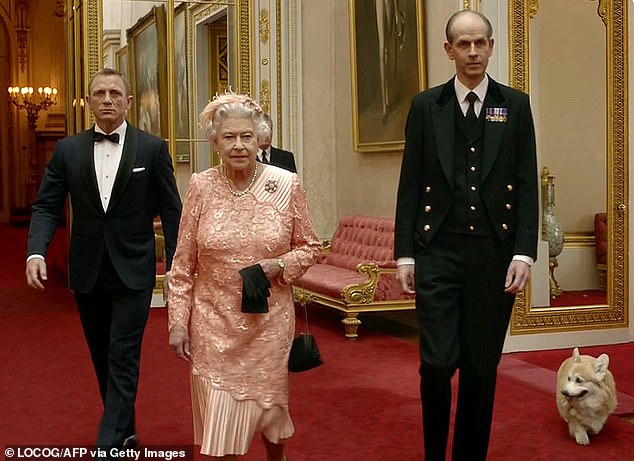 She was gamely ‘parachuted’ in the Olympic stadium for the opening ceremony at London 2012, after a meeting with James Bond at Buckingham Palace – with corgis in tow of course (pictured)

The monarch, holding back tears, said, ‘To my darling Mama, thank you, thank you’, as he hailed Elizabeth II as an ‘inspiration and an example to me and to all my family’ following her death at Balmoral on Thursday aged 96.

In a moving speech that was screened at a service of prayer and reflection at St Paul’s Cathedral, the King spoke of a ‘time of change for my family’ while praising his ‘darling wife Camilla’ who becomes Queen Consort ‘in recognition of her own loyal public service since our marriage 17 years ago’.

Charles, 72, extended an olive branch to the Duke and Duchess of Sussex, saying he wished to ‘express my love for Harry and Meghan as they continue to build their lives overseas’.

The King also used his speech to announce that he had created his son William the Prince of Wales, with Kate the Princess of Wales – a role last held by Diana.

Now touching new video released by the palace shows King Charles in the moments before and after he gave his address as the cameras and lighting were organised around him. 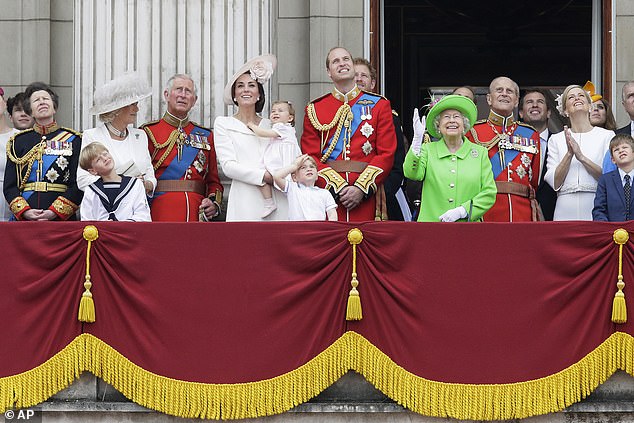 The Princess Royal with the Queen Consort, King Charles III, Kate Middleton, Princess Charlotte, Prince George, Prince William, Prince Harry, the Queen, the Duke of Edinburgh and other members of the royal family at Trooping the Colour in 2016