The Angels of Englemere Wood

In 1952 a young woman born into grinding seaside poverty walked down the aisle of an Ascot church. Clutching a bunch of white freesias, she paused on her way to the altar to curtsey to Queen Victoria’s granddaughter, Princess Marie Louise.

Sheila McCairn owed her unlikely royal connection to Dorothy Peyton, who opened the doors of her rural manor house — Englemere Wood — to 30 girls in the care of the Waifs and Strays Society when they were evacuated in World War II. Along with firm-but-loving Matron Bailey, Peyton is one of the two adult ‘Angels of Englemere’ celebrated in Karen Farrington’s heartwarming tale of ‘lost, feral’ children given fresh hope and opportunities.

Born in 1887, the charming and artistically gifted Peyton (a former lady-in-waiting) had lost her husband, Ivor, shortly before the war. Dorothy inherited £22,000 (£1.5 million in today’s money). Of her three sons, one had died from diphtheria; the surviving two were with the Officer Training Corps and she knew they would soon be at war. 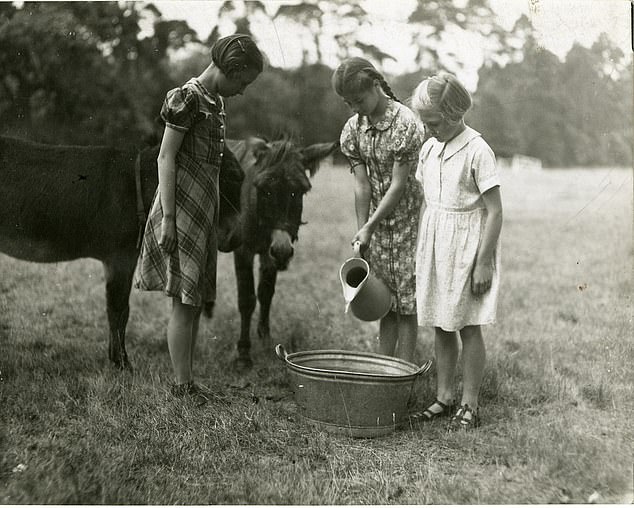 The grand rooms of Englemere Wood —built on Crown land in what was once Windsor Forest — felt hollow. She decided to fill them with what hope she could offer. She knew her empty ballroom would make a perfect dormitory and the 22 acres of grounds would offer plenty of scope for outdoor games. She also yearned to hear children’s laughter again.

But the girls who arrived at Englemere in 1939 were not used to outdoor games and had scant experience of laughter. Life in many ‘Waifs & Strays’ homes of the period was not nurturing. There were ice cold baths, cabbage water drinks and a weekly purging with Epsom salts. The stealing of food was punished with starvation. One of the Englemere girls, Evelyn, had begun her life in care at a home in Leamington Spa, where she was slippered for sleepwalking, while girls who wet the bed were forced to sleep without a mattress on metal springs.

But at Englemere, girls fell on their feet. Dorothy Peyton was a passionate advocate for their education.

Back home on leave, her son John (handsome as a Hollywood idol) taught them how to play cricket. Most thrillingly, Dorothy’s neighbour — Lady Weigel — was hosting the evacuated Princess Marie-Louise and Princess Helena Victoria, and all the girls were invited over for a weekly royal knitting circle to turn out socks and balaclavas for servicemen.

They looked forward to the moments when Princess Marie Louise would pull out her long, ebony cigarette holder to tell them anecdotes from palace life.

‘Do you know, my dears,’ she said, ‘when I was young I stayed with all my siblings with Queen Victoria and she sent a telegram to my mother: “Children very well, but poor little Louise very ugly.” Imagine that!’

Her cosy conversation was levelling to children who also felt harshly judged. The girls became so used to chatty tales of Lillibet and Margaret that when the young princesses came for a visit, they felt they already knew them.

But it wasn’t all jollity. John Peyton was captured by the Germans and then his brother Tommy was killed in action. He left behind letters in which he hoped he was fighting for a new age of social justice. 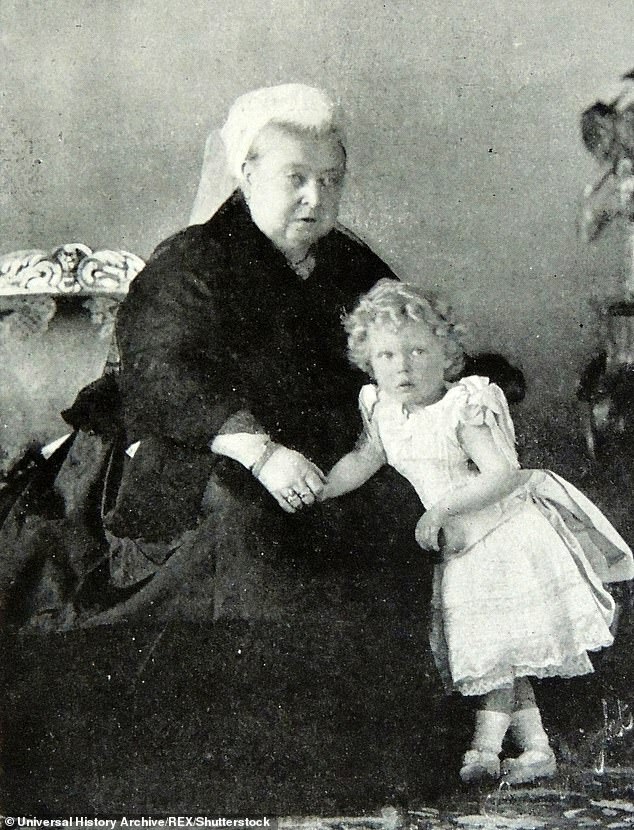 ‘Do you know, my dears,’ Princess Marie Louise said, ‘when I was young I stayed with all my siblings with Queen Victoria (pictured) and she sent a telegram to my mother: “Children very well, but poor little Louise very ugly.” Imagine that!’

Matron Bailey told the girls: ‘We should live as he lived; bravely, nobly and with kindness. From today I want you to be inspired by him.’

When the Waifs and Strays left Englemere at the end of the war, Dorothy Peyton found them a new building to occupy and they named it after Tommy Peyton. As they grew up and moved on, many of the little angels stayed in touch with Matron Bailey and Dorothy Peyton until their deaths.

One of them, Queenie, went on to become a nursery teacher and also created a network to keep the girls in touch.

Sixty years after she first saw the house’s stately facade, she went back to see a memorial to Tommy Peyton installed at the church, and afterwards dropped in at Englemere Wood and giggled. ‘Do you know,’ she told Dorothy’s grandson, Tom, ‘This is the first time I’ve ever been through the front door!’