“The Walking Dead” is taking its old tactics and chucking them right into the dumpster.

“Squeeze,” the mid-Season 10 premiere of the show, ended with two characters, Magna (Nadia Hilker) and Connie (Lauren Ridloff), getting trapped and possibly killed in a cave collapse and explosion. Though the latest episode, “Stalker,” didn’t show if they lived or died, the opening credits of the episode included a hint that they will be around in the future.

During the credits, both actors’ names appeared, which is in stark contrast to how “The Walking Dead” handled Glenn’s death fake-out in 2015. Following an episode in which the show made it seem like zombies had eaten Glenn’s guts like spaghetti, actor Steven Yeun’s name was removed from the opening credits.

Then, three episodes went by before fans learned Glenn’s fate.

So, was he dead? Nope. Later, it was revealed that the zombies were eating someone else’s guts! Glenn was cool. He was just conveniently hiding under a dumpster. Gotcha! 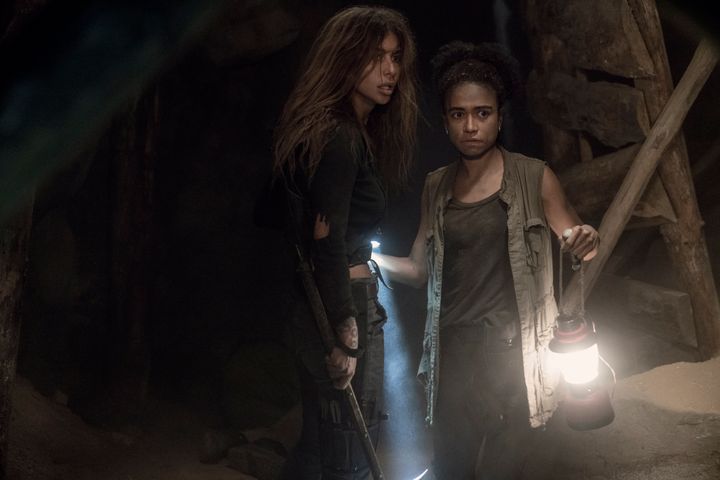 People didn’t like it, and by including Hilker’s and Ridloff’s names in the opening credits, the show is at least avoiding a repeat of that situation.

HuffPost previously spoke with Michael Satrazemis, who directed the episode in which Magna and Connie went missing. Talking about the possible deaths, he told us, “It was a pretty big explosion. Doesn’t appear to be an explosion that anyone could survive, right? You never know.”

The actual episode this week was a lot of action. Daryl (Norman Reedus), fresh out of a cave, and Alpha (Samantha Morton), fresh off her weird sex with Negan (Jeffrey Dean Morgan), got into a fight that left both of them nearly bleeding to death. However, the pair make it out OK ― Alpha with the help of her group, the Whisperers, and Daryl with the help of Lydia (Cassady McClincy). 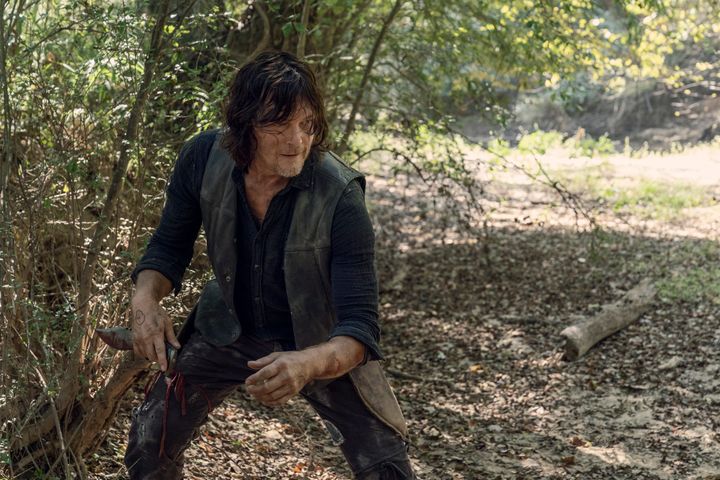 Elsewhere, Beta (Ryan Hurst) breaks into Alexandria to go after Whisperer traitor Gamma (Thora Birch), but in the end he mostly just kills a bunch of extras.

Better luck next time, Beta. At least you have an awkward conversation with Negan and Alpha to look forward to when you get back to camp!

When asked what Beta would think of those two getting together, Satrazemis told us, “He’s not going to be a huge fan of any of this.”