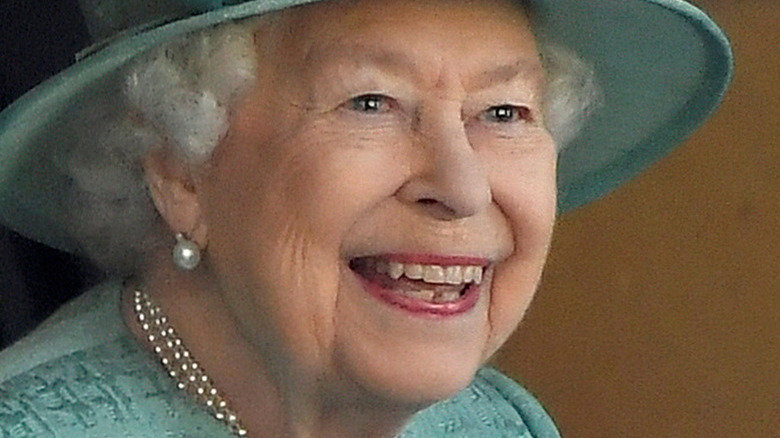 Queen Elizabeth may be a formidable ruler, but in private, the monarch has simple and very relatable tastes. She enjoys a chocolate cake made with cookies, an occasional gin and Dubonnet cocktail, and, of course, her beloved dogs. Pets have been a part of Her Majesty’s life since she was a girl; her parents owned a number of dogs, and her father (then Duke of York) gifted Elizabeth with her own Corgi when she was just seven years old. Her second dog, another Corgi named Susan, was her constant companion for years, and the queen’s succeeding dogs have all descended from Susan’s past litters over the course of 50 years (via Vogue). “The more the merrier” would seem to be the queen’s motto when it comes to her pups; at various times, she has owned as many as seven to nine at a time.

While Corgis are the breed most associated with the royal matriarch, she does have a fondness for one other breed — one that actually never existed before her time. 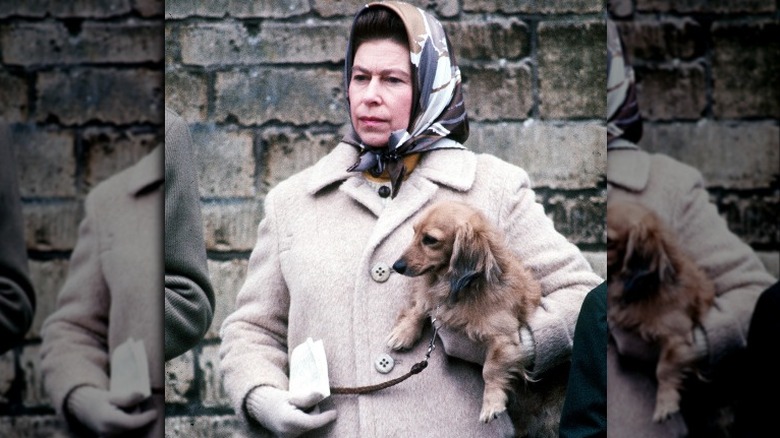 According to Vanity Fair, the queen decided to breed one of her Welsh Corgis with a Dachshund that belonged to her younger sister, Princess Margaret. The result: the “Dorgi,” a crossbreed that has also been an integral part of palace life ever since. In fact, when Prince Philip was hospitalized in February 2021, Prince Andrew gave his mother two Dorgi puppies to keep her company, and they were a solace to the queen when her husband died just weeks later. Sadly, one of the pups also passed away suddenly in May, leaving the queen with just one pet to her name (for now).

It’s not hard to see why the Dorgi has such a special place in the royal hearts. According to Pet Guide, the breed is alert, energetic, and sociable, easy to groom, and intensely loyal to its owners (in fact, they tend to suffer separation anxiety when their people are away). Though small, they’re good watchdogs, ready to sound the alarm if they sense an intruder nearby. They do tend to be chowhounds, so owners need to be careful not to overfeed them; they also require at least 30 minutes of active play every day. Don’t expect to see a Dorgi competing in a prestigious dog show like the Westminster Kennel Club competition, however. As hybrids, they’re not considered pedigrees, so they’re not eligible for registry through the American Kennel Club or The Kennel Club in the U.K. Still, when you live in Windsor Castle and get pampered by the queen herself, who needs a blue ribbon?