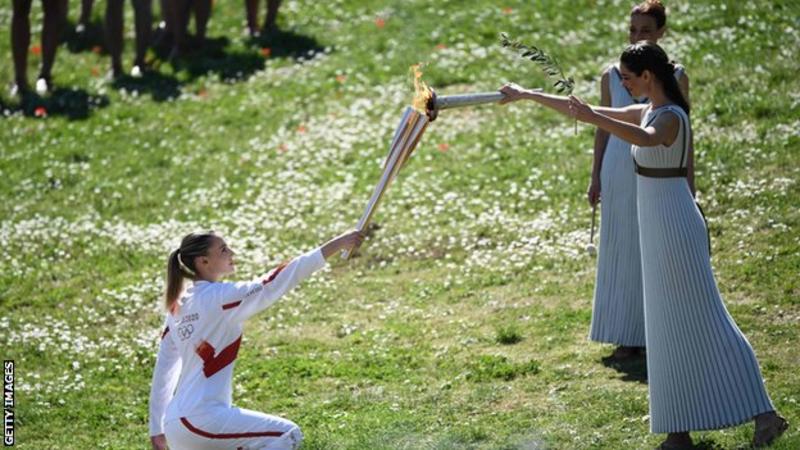 The Tokyo 2020 Olympic Games flame handover in Athens next week will be done behind closed doors next week because of coronavirus concerns.

The recent torch-lighting ceremony in ancient Olympia was held without spectators, before the rest of the relay in Greece was suspended.

Greece has had 228 confirmed cases and three deaths caused by the virus.

“No accreditation cards issued will be valid,” said the Greece Olympic committee said.

The Japan section of the Olympic Torch relay is due to start on 26 March.

The country’s Prime Minister Shinzo Abe has insisted the Games will go ahead as planned in July.