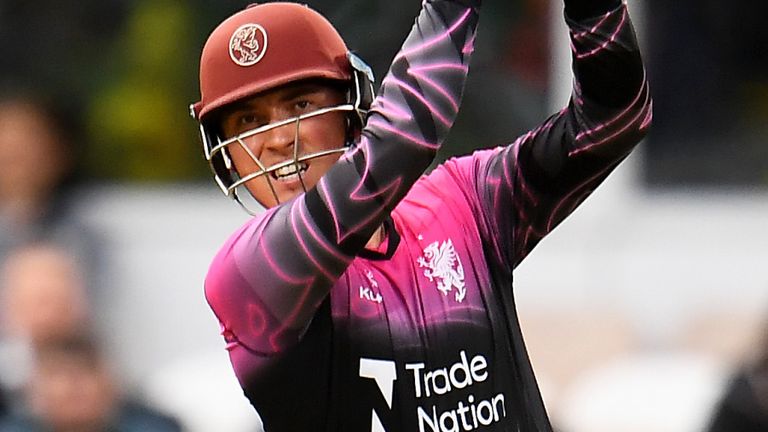 A pyrotechnic century from Tom Banton helped Somerset coast to a 10-wicket Vitality Blast win over Kent Spitfires at Canterbury.

The 22-year-old blazed seven sixes and eight fours in a chanceless knock as he bossed an unbroken opening partnership of 169 with New Zealander Devon Conway (51no off 44), who hit the winning run in the 16th over.

Asked afterwards if he was now eyeing a place in England’s T20 World Cup squad later this year, Banton said: “I think it would be silly not to [be thinking about that] but at the moment I am trying to score as many runs as possible.

It's supposed to be summer!🤦‍♂️

“The year has not gone as well as I would have liked so hopefully this is a changing point for me. I am not going to look too far ahead.”

Lewis Gregory claimed 4-27 and Craig Overton 2-40 for Somerset as Kent slipped from 125-2 amid thick mist after being inserted by Somerset – Zak Crawley scored 39 from 32 balls, while Joe Denly struck 36 from 25. 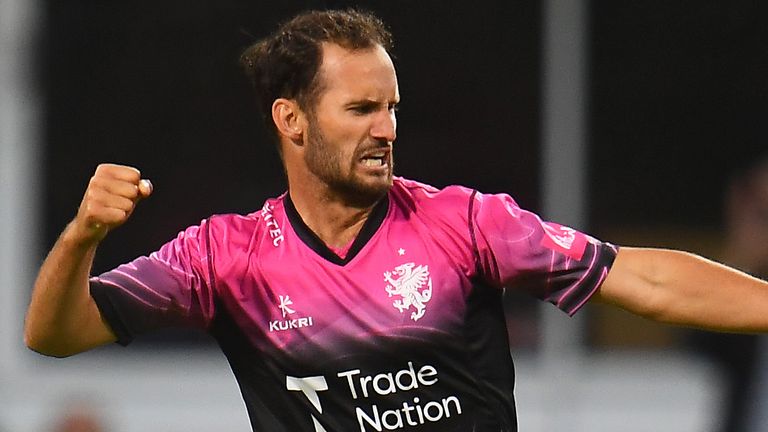 As the mist cleared, Somerset cantered through the powerplay to 73-0 with Banton sealing a 22-ball fifty by hitting Fred Klaassen for six over fine leg.

Banton’s extraordinary striking included two sixes off Darren Stevens in the ninth over and two off Denly in the 11th as the Somerset man followed his 77 from 37 balls against Hampshire last time out.

Conway tied the scores when he drove Matt Milnes for two to reach fifty, before glancing the same bowler for a single to backward square leg.

The night’s other Blast encounter, Hampshire vs Middlesex, was washed out without a ball bowled in Southampton..

That marked Hampshire’s third rain-off in four matches and left them frustrated on their return to home turf, having played their first seven matches away due to The Ageas Bowl being used for international cricket.