Welcome to the ghost towns: Washed away, flooded out, confiscated — a new book reveals the secrets of our towns and villages that fell prey to the waves, the elements and even the Army

BOOK OF THE WEEK

SHADOWLANDS: A JOURNEY THROUGH LOST BRITAIN

The French have the phrase ‘nostalgie de la boue’, which literally means ‘nostalgia for mud’. They use it to describe the sense of feeling gratified by ruin, dissolution or suffering.

Matthew Green immerses himself in that feeling for this intriguing book about Britain’s lost and abandoned places. There is, we learn as he tours the country, a very personal reason for his emotional state — and his research teaches him a useful lesson.

First stop is Skara Brae, a collection of sandstone houses on the main island of the Orkneys. Revealed in 1850 when a storm washed away the section of beach that had covered them, they are thought to have been built more than 5,000 years ago, making them older than the Pyramids or Stonehenge. 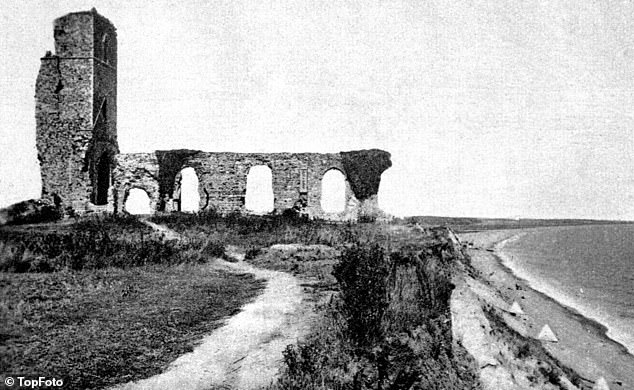 Matthew Green explores Britain’s lost and abandoned places in an intriguing new book. Pictured: Ruins of All Saints Church, Dunwich, Suffolk, collapsing due to constant erosion by the sea

Architecture was rather different back then — you insulated your dwelling by piling all your rubbish (including excrement) around the outside, gradually building up a protective layer.

A lot of the detective work at Skara Brae was done in the 1920s by Professor Vere Gordon Childe, an interesting character who spoke 17 languages, whose ‘moustache was a force unto itself’, and who could do long division in Roman numerals, ‘as anyone who went to one of his dinners discovered to their cost’.

Places disappear for different reasons. Sometimes it’s due to nature, as in the town of Dunwich, which for centuries has been toppling over the eroding Suffolk coastline. One graveyard that succumbed in the 1540s was left with coffins and bones sticking out of the ground.

Winchelsea in Sussex was completely destroyed by the sea in the 13th century, so a replacement was built higher up the hill. It was the first settlement in Britain since Roman times to be laid out on a grid system. Life was less peaceful in medieval times: Winchelsea kept a collection of 300 large stones ‘to dash out the brains of any invaders’.

Other extinctions are caused by man. In the early 1960s the Welsh village of Capel Celyn was evacuated so it could be flooded to form a reservoir supplying water to Liverpool. Some of the stones from its chapel were used in the construction of the dam.

When the reservoir was finished, Liverpool Corporation unwisely decided to hold an opening ceremony. The visiting dignitaries’ cars had their wing mirrors torn off, and the speeches were drowned out by protest songs.

Of course, these were sung in Welsh, which is why the VIPs had to listen in respectful silence ‘not realising that the words to one song meant “all English are a**eholes”.’ 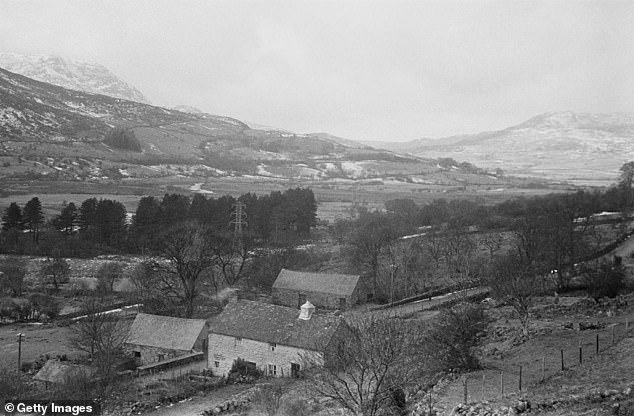 In Norfolk you’ll find — but won’t get into — a military facility known as STANTA (Stanford Training Area). It includes six abandoned villages whose inhabitants were ordered to leave during World War II, with assurances that they could return when the war was over. In the end, they never were allowed back. The Ministry of Defence uses the area to this day.

In 2009 they built a replica Afghan village there. The aim was to get troops accustomed to the horrors they would encounter in Afghanistan, so the real thing wouldn’t come as so much of a shock. An amputee actor was employed, his leg stub dressed to look like the recently severed limb of a suicide bombing victim, complete with a mechanism for pumping out huge quantities of blood. (It was so realistic it made some of the soldiers physically sick.)

The mundane details of everyday life were recreated, right down to the call to prayer playing out from the mosque, and the synthetically recreated smell of Afghan cooking. ‘We’ve replicated everything except for the desert heat,’ said an MoD spokesman, ‘but there’s not much we can do about that in Norfolk.’

Very few civilians are allowed inside STANTA. Exceptions were made for the cast and crew of Dad’s Army, who did some of their filming there.

And each December, friends, relatives and descendants of the residents who were forced out are allowed back into the church in one of the villages, West Tofts, for a carol service. ‘But that is for just one night,’ writes Green. ‘For the rest of the year, the splendour is for the ghosts.’ 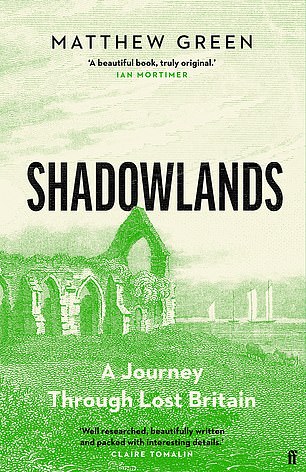 Green reveals near the beginning of the book that he has recently suffered both the break-up of his marriage and the death of his father. But the places he visits help him come to terms with his unhappiness, because they ‘remind us of the transience of all earthly things’. On an 1886 grave at St Mary (the church in West Tofts) he reads: ‘We are dying day by day.’

Another gravestone, the last one surviving in the final few feet of ground once occupied by a Dunwich church, is that of a man who died in 1796, aged 38. Noting that this is his own age now, Green writes: ‘Soon he too will fall to the sea.’

This sort of thing could sound morose. But I’d argue that Green is highlighting something very important, namely a recognition of our own mortality.

It’s crucial, if you want to lead a happy life, to remember that one day life will end. Not in a ‘make the most of every moment’ sense, but rather to recognise your own unimportance. Nothing lasts for ever, so why worry about it?

As Green puts it near the end of the book: ‘Having toured and meditated upon so many ruins, I had somehow emerged less of a ruin myself.’

As well as our own death, we have to accept the deaths of others, and of certain aspects of our life (such as relationships) along the way. ‘Sometimes parts of us have to melt away so other parts can exist.’

Related posts:
March 24, 2022 Lifestyle Comments Off on Towns that fell prey to the waves, the elements and even the Army
Celebrity News:
Balenciaga DROPS $25 Million Lawsuit Against Marketing Agency North Six!
LIBBY PURVES reviews Othello
Prince William and Kate Middleton Were Greeted by Boos and Chants of "USA, USA" at Boston Celtics Game
Busy Philipps Responds To Claim She Was ‘Rude And Dismissive’ On Set Of Her Talk Show
Jenna Bush Hager shares unseen family photos in honor of 41st birthday
Recent Posts