Today, Jonny Lee Miller was announced as The Crown’s John Major. Major served as Prime Minister of the U.K. and leader of the Conservative Party from 1990 to 1997, the year Princess Diana died.

Miller the latest star to join Netflix’s award-winning royals drama, which is scheduled to return for season 5 in 2022.

While royal fans are waiting with bated breath for the new season of the hit show, there’s plenty of information about the next season floating around. Season 5 will cover the royal family in the early 1990s and will likely include Diana’s death. 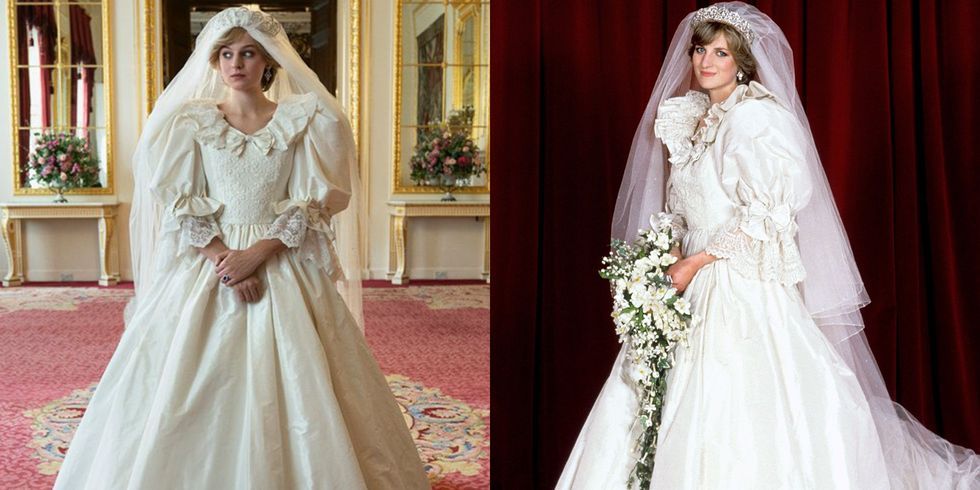 Here, we break down everything we know about Season 5 of The Crown, when Imelda Staunton takes over the role of Queen Elizabeth from Olivia Colman.

Who will be playing Queen Elizabeth?

Imelda Staunton—who some fans will recognize as Dolores Umbridge from Harry Potter—will be assuming the title of Her Majesty in the new season of the show. Creator Peter Morgan confirmed the news in January 2020.

“I’m absolutely thrilled to confirm Imelda Staunton as Her Majesty the Queen for the fifth and final season, taking The Crown into the 21st century,” Morgan said in a statement. “Imelda is an astonishing talent and will be a fantastic successor to Claire Foy and Olivia Colman.”

Who are the other new cast members?

Aside from Staunton, there are plenty of award-winning actors joining the cast. Taking over Princess Diana from Emma Corrin will be Elizabeth Debicki.

“Princess Diana’s spirit, her words and her actions live in the hearts of so many,” Debicki said in a statement. “It is my true privilege and honour to be joining this masterful series, which has had me absolutely hooked from episode one.”

In July 2020, Netflix confirmed that Lesley Manville would star in the show’s final two seasons as Princess Margaret, taking over the role from Helena Bonham Carter (who took it over from Vanessa Kirby).

“I could not be happier to be playing Princess Margaret,” Manville said in a statement. “The baton is being passed on from two formidable actresses and I really don’t want to let the side down. Furthermore to play siblings with my dear friend Imelda Staunton will be nothing short of a complete joy.”

Jonathan Pryce will play Prince Philip in the final two seasons of The Crown. Pryce takes over the role from Tobias Menzies and Matt Smith, who have played the Duke of Edinburgh in the first four seasons.

Season 4 wrapped filming early in March 2020, just before the U.K.’s first COVID lockdown. It was released in fall 2020.

Filming for season 5 was scheduled to begin in June 2021 and will continue throughout the year. The production schedule was not delayed because of the pandemic, but due to a normal filming break.

Morgan explained in a recent interview with The Hollywood Reporter that he needs time off to both shoot and write the next season, since the show films in two-season chunks.

The sixth and final season will likely premiere in 2023.

Will Prince Harry and Meghan Markle’s story appear in the Crown?

No. Creator Peter Morgan told Entertainment Weekly that the couple will not figure into the show at all.

“I know how my show is going to end—but that’s long before where we are now,” Morgan told the magazine in 2018. “I feel uncomfortable writing about events within a certain time period. I think there’s a certain amount of time within which, if you write about it, what you do instantly becomes journalistic. Because it’s too close to the moment.” However, Harry is a fan of the show.

In an interview with James Corden, Prince Harry confirmed that he has seen the show and prefers it to celebrity gossip. “It’s fictional, but it’s loosely based on the truth. Of course, it’s not strictly accurate; it gives you a rough idea about what that lifestyle is, the pressures of putting duty and service above family and everything else, what can come from that,” he said. “I’m way more comfortable with ‘The Crown’ than I am seeing the stories written about my family, my wife, or myself.”

Related posts:
June 25, 2021 Lifestyle Comments Off on \u2018The Crown\u2019 Season 5: Everything You Need To Know About The Cast, Release Date, And Spoilers
Celebrity News:
It Was Love at First Sight When Track Athletes Tara Davis and Hunter Woodhall Met at Age 16
Scooter Braun Officially Files For Divorce From Yael Cohen – & Already Has A Prenup In Place!
OMG! Prince William Is Also Writing a Book After Harry's Memoir News
Courteney Cox: My cooking is a lot better than the restaurants I used to go to
Are Shailene Woodley And Aaron Rodgers Planning Their Wedding?
Recent Posts