MMA superstar Conor McGregor isn't letting his broken leg stop him from getting some training in.

The Notorious shattered his left leg in his UFC 264 trilogy fight with Dustin Poirier earlier this month, breaking it seconds before the end of the first round. 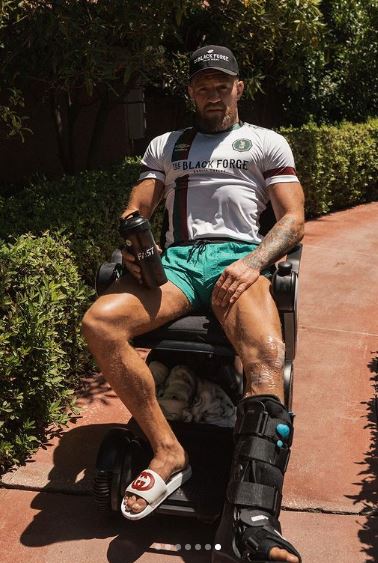 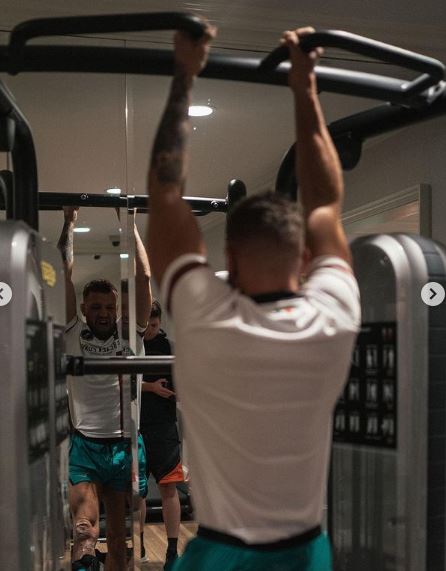 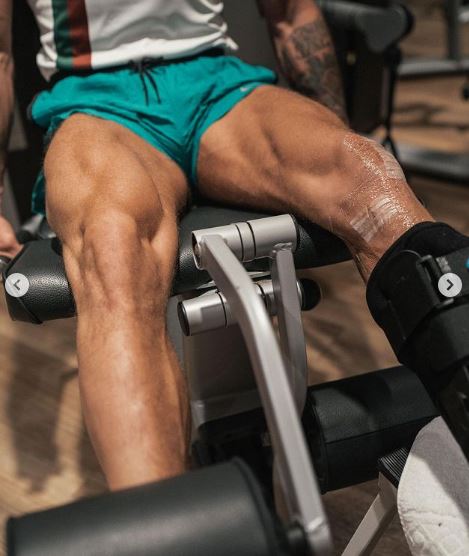 McGregor, 33, had surgery the following day but hasn't allowed himself to be housebound, enjoying the Los Angeles sun and recently taking in a Justin Bieber concert.

And the UFC's poster boy – who is currently in a leg brace – has been making an effort to keep himself in peak physical shape.

On Friday, the Irishman shared a series of snaps of himself working out in a small private gym to his Instagram and Twitter pages.

The photos showed Mystic Mac doing pull-ups and using his healthy leg on the extension machine.

MMA fans were stunned to see McGregor back in the gym less than three weeks after his horrific break.

One tweeted: "Only kings train with a broken leg."

And another said: "Absolute legend."

One remarked: "Unreal how motivated you are in staying on top. You already won!"

It's unclear the exact moment McGregor shattered his tibia and fibula, although his head coach John Kavanagh reckons the break occurred when Poirier blocked a kick with an elbow.

But just days after his second consecutive loss to The Diamond, the Dubliner claimed he went into the Las Vegas shootout with 'multiple stress fractures'.

In a six-minute-long Instagram video, he said: “The leg is better than ever.

"I was injured going into the fight. People are asking me, ‘When was the leg broke?

"At what point did the leg break?’ Ask Dana White, ask the UFC, ask Dr. Davidson, the head doctor of the UFC.

"They knew, I had stress fractures in my leg going into that cage.

“There was debate about pulling the thing out because I was sparring without shin pads and I would kick the knee a few times.

"So I had multiple stress fractures in the shin bone above the ankle and then I have trouble with the ankle anyway throughout the years of f***ing fighting all the time."