A NEW traffic-light system is set to allow Brits to return home from certain countries without having to quarantine.

Coronavirus lockdown restrictions have meant people have had to self-isolate for two weeks upon returning to the UK – but that is all set to change. 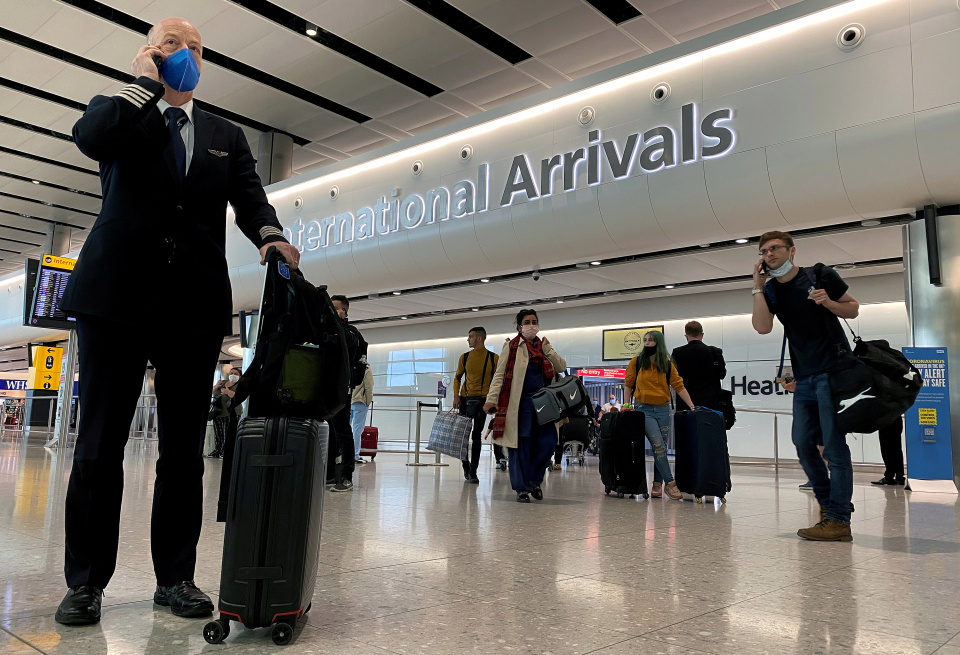 Will I have to quarantine when I come back from holiday?

Although there isn't a set date for the quarantine rules to end, they were originally only put in place for an initial three week period, until Monday 29 June.

But an announcement was made on July 3, saying around 60 countries will be made exempt from quarantine, which is a shift from earlier plans, which suggested the list would be much more limited.

France, Germany, Italy and Spain are on the list, which will be published in full later on Friday, July 3.

Speaking on Sky News, Travel Secretary Grant Shapps said: “There will be a list of 50-plus countries. If you add in the overseas territories (there will be) 60-something-or-other that will be announced later today.

“France, Germany, Italy and Spain will be on that list.  It is really important that we have done this in a very careful and cautious way. The most important thing is to maintain the gains that we have had.”

Most countries in the EU are expected to be included, as well as long-haul destinations like Thailand, Sri Lanka, Australia and New Zealand.

The Government will outline which countries will be on the safe list later today, meaning people won't have to stay home for 14 days when they arrive in the UK.

The Government will also introduce a traffic-light system that will be used to rate other countries' coronavirus risk.

People travelling to Green or Amber countries will soon no be longer required to quarantine for 14 days on their return to the UK.

The Green and Amber categories are expected to include almost every country in Europe, with Portugal and Sweden as the two possible exceptions.

Countries in the Red category will be those that continue to see high rates of tranmission, like the US and Brazil.

The measures are expected to be introduced as early as July 6. 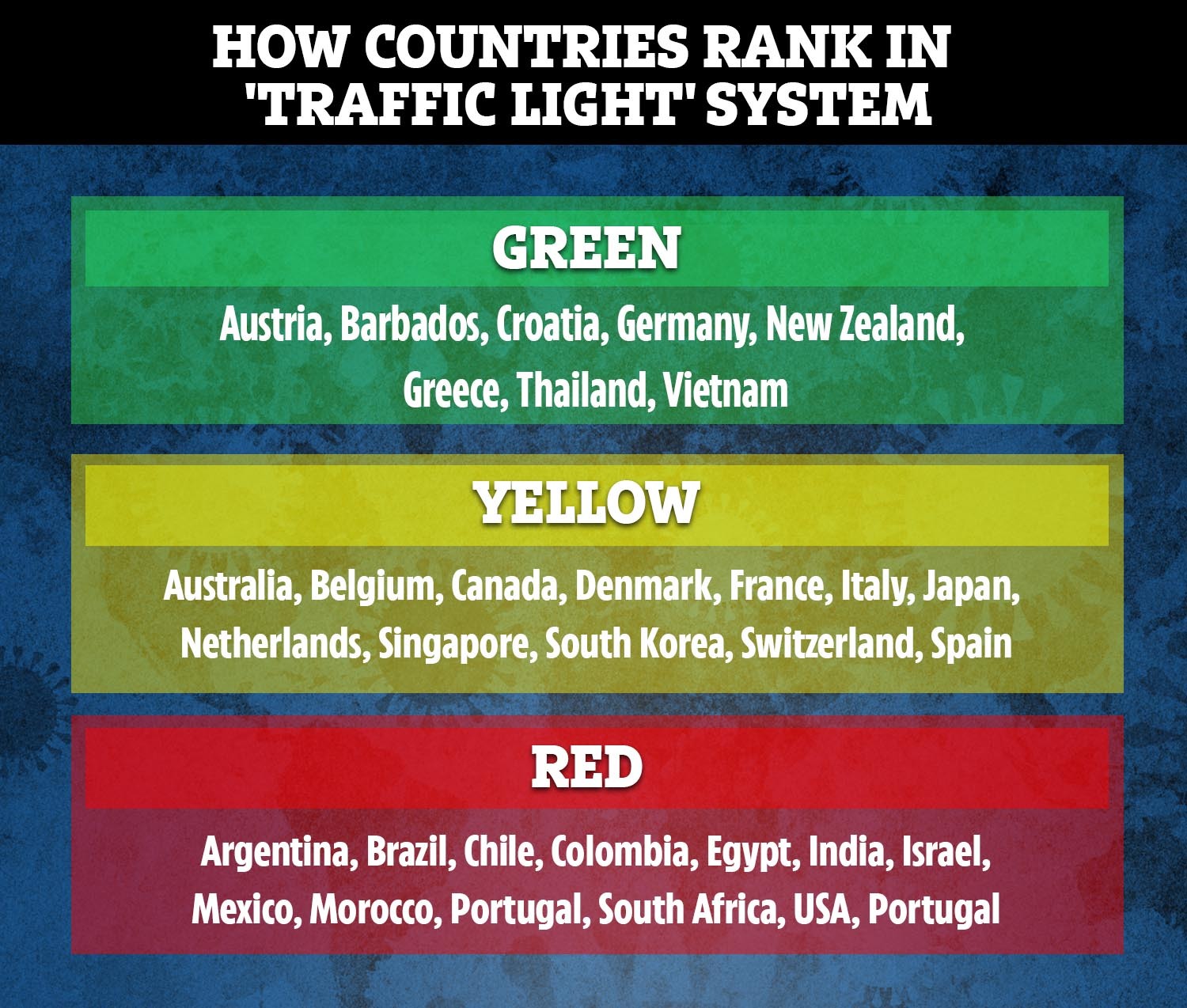 What are the quarantine rules in the UK?

The changes will be welcome, with research showing almost three-quarters of Brits haven't had a holiday this year, while almost half the nation has had to cancel one.

Since June 8, guidelines have required anyone entering the UK to quarantine for 14 days.

Those rules continue to apply for the time being – both to Brits returning to the country and tourists arriving from abroad.

Anyone entering the country must provide contact details and then self-isolate for 14 days, or face a fine of up to £100. 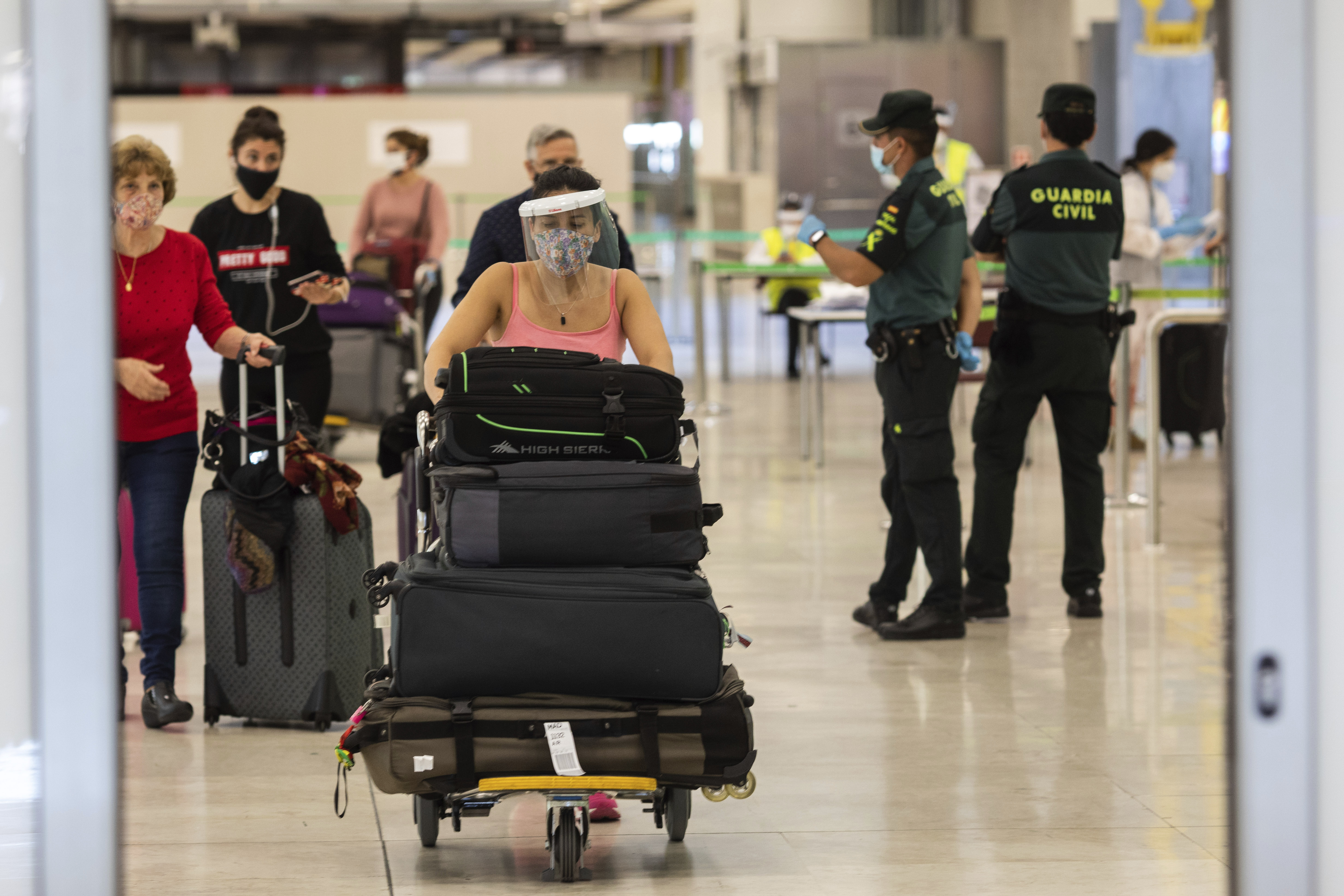 Police are conducting checks to ensure people are quarantining and not leaving their residence for the two-week period.

Magistrates also have the powers to prosecute or to issue unlimited fines for persistent breaches of the new self-isolation rule, or for refusal to pay a fine that has already been issued. 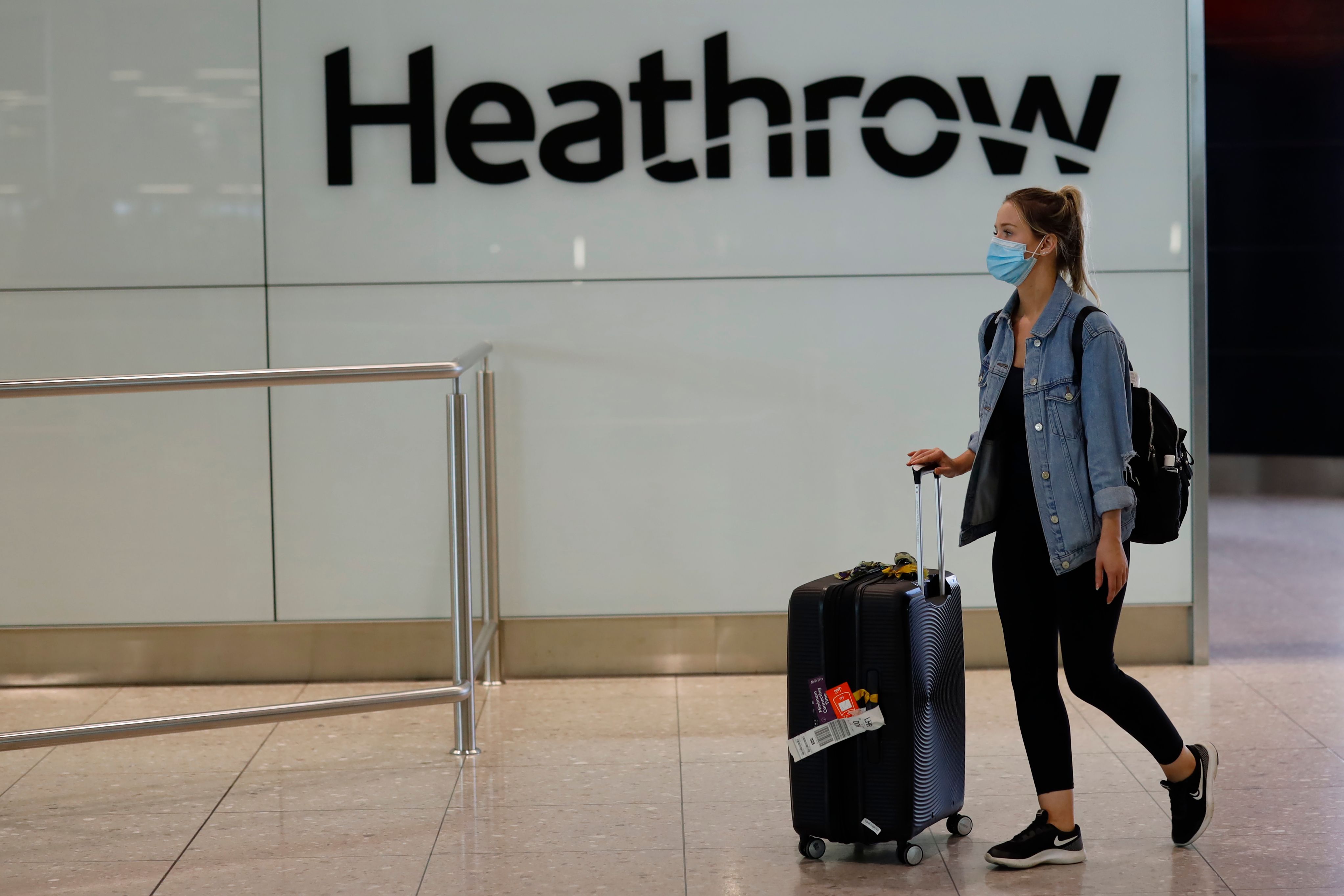 The quarantine is being run and enforced by Border Force, cops, and Public Health England officials.

Brits living in the UK can quarantine at their own home, but they are not allowed to leave the house for a fortnight.

What are the quarantine rules in other countries?

The new measures apply when people enter the UK, not necessarily when they leave the UK and arrive in another country.

The government has previously said "air bridges" could be established with popular holiday destinations like France, Italy, Spain to allow two-way travel without the need to quarantine.

Travel to other countries such as Denmark, Norway, Finland, Holland and "low-risk" Caribbean islands is also expected to be made easier.

Until then, Brits may still have to quarantine after they land in a foreign country – depending on the destination.

However Portugal faces being left off the air bridges list – meaning Brits who were hopeing to head to the Algarve this summer may be left feeling disappointed.

Meanwhile, Spain has lifted its two-week quarantine, with British tourists welcomed back earlier in June.

Italy is also on the air bridge list, while Iceland and Austria offer coronavirus checks upon landing instead. 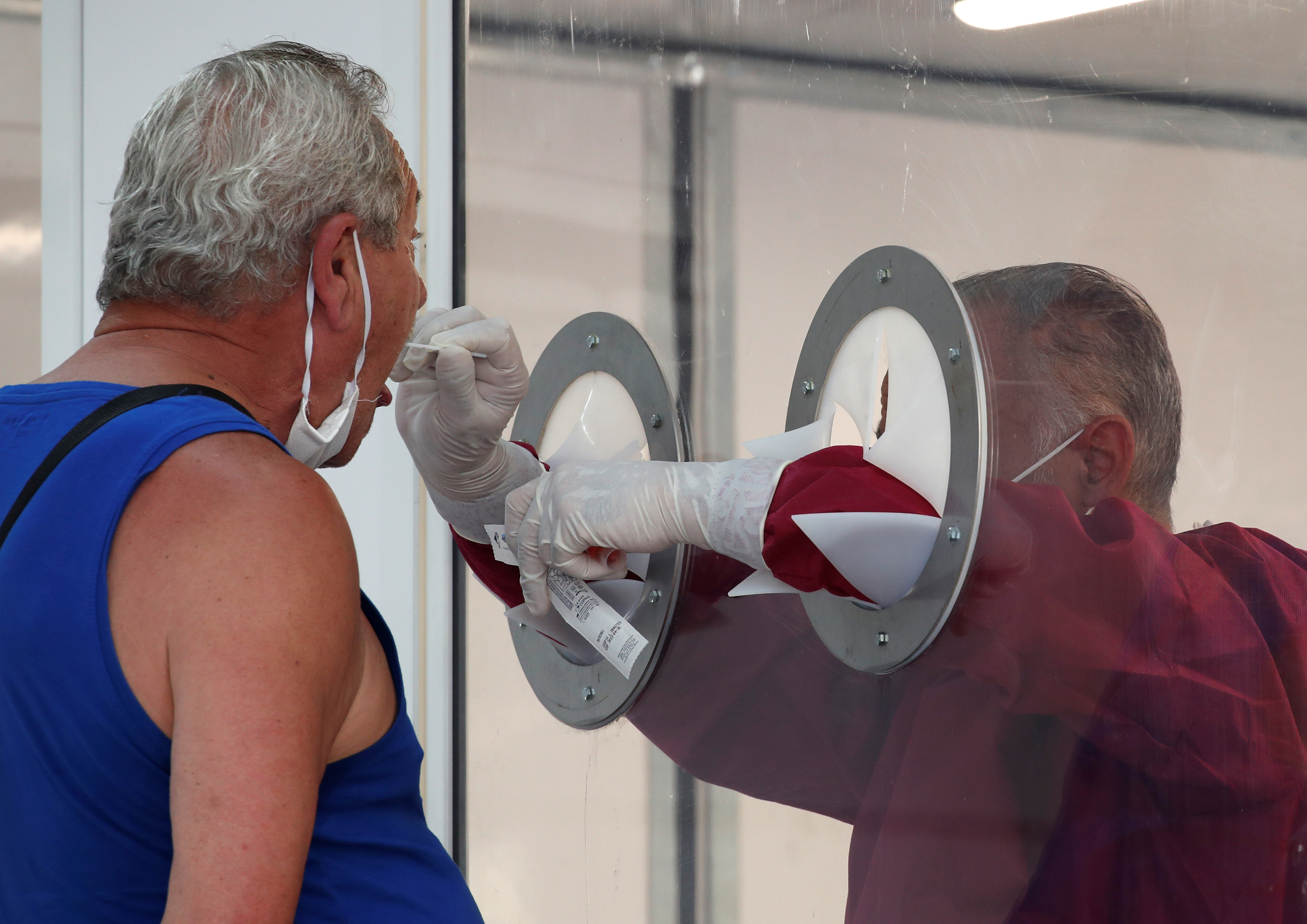 Related posts:
July 3, 2020 Lifestyle Comments Off on UK quarantine travel rules: What is the traffic light system and when does the 14-day self-isolation rule end?
Celebrity News:
Joey King on Jacob Elordi's Claim He Didn't Watch 'Kissing Booth 2'
Jennifer Garner Spotted With Bradley Cooper and His Kid Amid Split Rumors With Boyfriend
Fabolous and T.I. Blasted on Social Media for Revealing Record Labels Insisted They Hide Their Wives and Families
'General Hospital': Wes Ramsey Had a Crush on Laura Wright Long Before They Started Dating
Who's Single and Who's Taken on Selling Sunset? Here's Where the Stars Stand
Recent Posts
This website uses cookies to improve your user experience and to provide you with advertisements that are relevant to your interests. By continuing to browse the site you are agreeing to our use of cookies.Ok