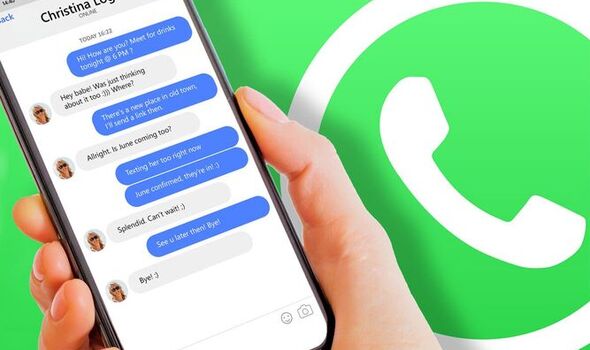 If you get a WhatsApp message from a number you don’t know in the coming weeks it could be a scam. A hacker has claimed to have stolen 487 million WhatsApp account phone numbers and is now offering to sell them to the highest bidder. And it appears this may not be some idle threat with the crook sharing a select few numbers with the team at Cybernews – who have since confirmed they are real accounts.

The batch of numbers includes users from across the world with UK, US and European WhatsApp members all seemingly affected.

Once in the hands of cyber criminals, these numbers could easily be used to send out spam, malicious links or messages that aim to steal money such as the nasty “Hi mum” tactic.

This vicious attack sees hackers pretending to be a son or daughter in need of money with some users losing thousands of pounds if duped.

Cybernews is now urging all WhatsApp users to be wary of any calls from unknown numbers, unsolicited calls and messages from contacts they don’t know.

If you receive anything that doesn’t seem right, don’t respond and delete it without delay.

Speaking about the attack, Mantas Sasnauskas the head of Cybernews research team, said: “In this age, we all leave a sizeable digital footprint – and tech giants like Meta should take all precautions and means to safeguard that data.

“We should ask whether an added clause of ‘scraping or platform abuse is not permitted in the Terms and Conditions’ is enough. Threat actors don’t care about those terms, so companies should take rigorous steps to mitigate threats and prevent platform abuse from a technical standpoint.”

WhatsApp has now responded to the claims with the Meta-owned firm saying it has seen no evidence that an attack has taken place.

“The claim written on Cybernews is based on unsubstantiated screenshots,” said a spokesperson. “There is no evidence of a “data leak” from WhatsApp.”

That’s hopefully good news for anyone that may have been affected but it’s a reminder to us all to be cautious when responding to unknown messages or clicking on links unless you are totally sure you know their origin.