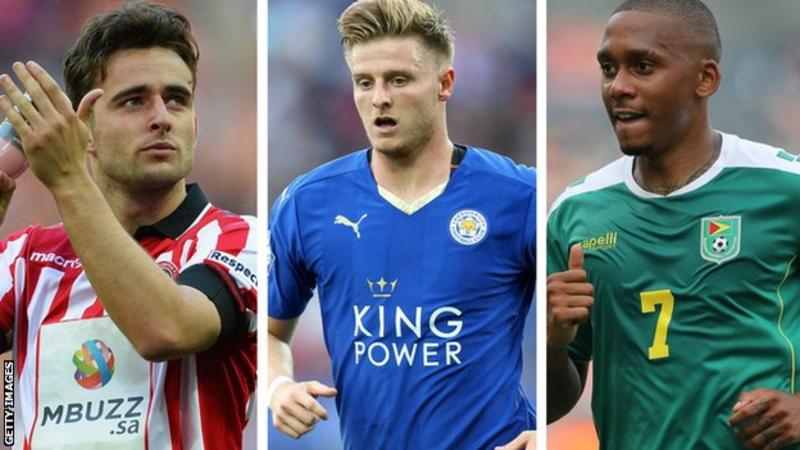 It has been nearly 13 years since David Beckham stunned the football world when he swapped Real Madrid for Major League Soccer side Los Angeles Galaxy.

Since then, a number of British stars, such as Steven Gerrard and Frank Lampard, have had high-profile spells with clubs on the other side of the Atlantic.

But what about the surprisingly long list of English footballers – and coaches – who are pursuing their careers in the USL Championship, the league below MLS?

Keanu Marsh-Brown and Jose Baxter tasted life in the Premier League, with Fulham and Everton respectively.

They are now at Memphis 901 FC, a club formed two years ago and whose co-owners include former Everton goalkeeper Tim Howard.

The USL has only managed one round of games this season because of coronavirus, and both Marsh-Brown and Baxter are in lockdown.

“I saw coming over here as an opportunity to try something different,” Marsh-Brown, who moved to Memphis in January, tells BBC Sport.

“I found out about the move in December, as my agent had a contact who knew Tim Howard.

“As soon as I arrived I had an apartment waiting for me and my family, and we met the president, manager and coaches.

“The facilities are Championship to Premier League quality – I think the standard here would surprise quite a few people.”

A Guyana international, Marsh-Brown made his debut under Roy Hodgson at Fulham, before spells at various League One and League Two clubs, including Barnet and Forest Green Rovers.

Although there is no promotion to MLS – or relegation to the USL – the 27-year-old believes he can excel in his new home.

Marsh-Brown says: “It is every footballer’s dream to reach the highest level they can, so if I do well here and there is an opportunity for me to play in MLS, it would definitely be something I’d consider.”

Baxter’s move to Memphis has seen him link up with former Everton team-mate Howard who, as well as being the club’s sporting director, is also its goalkeeper.

The Liverpudlian views his move as a fresh start, having left Plymouth Argyle in December.

He came through the ranks at the Toffees, before moves to Oldham Athletic and Sheffield United, where he received two suspensions in nine months for drug use.

“I had always wanted to play abroad, but I didn’t know much about Memphis, apart from Elvis Presley,” Baxter says.

“It is good having Tim here to talk to – he regularly calls me to see how I am getting on, especially as we are in lockdown.”

He has, however, found it difficult leaving his partner and two-year-old daughter in Liverpool.

“It is tough not being with them, but we keep in touch through FaceTime,” Baxter, who signed a 12-month deal with the Tennessee side, adds.

“Some of the away games here involve three-day round trips, so I felt it would be selfish of me to leave them in my apartment for so long, thousands of miles from home.

“I am not on my own too much – most of my team-mates live in the same complex, so we cook together or watch Netflix, which is good for camaraderie.”

Jack Barmby never made a first-team appearance at Manchester United or Leicester City and headed to the US in 2016, initially on loan with MLS team Portland Timbers. 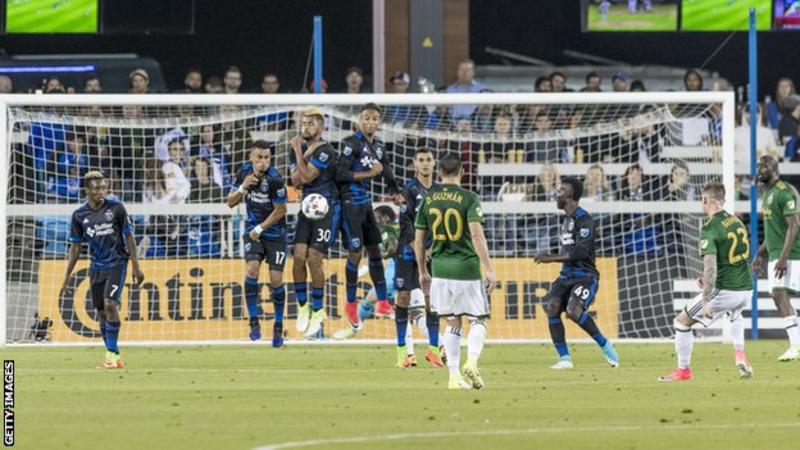 The forward, whose father is ex-Tottenham Hotspur and Liverpool midfielder Nick Barmby, later made the move permanent, staying for two years before signing for USL side San Antonio last year.

He joined Phoenix Arizona, whose co-owners include Chelsea legend Didier Drogba, in December.

“I felt disillusioned with life at Leicester and I knew I was not going to get a chance under Claudio Ranieri, who was the manager back then,” Barmby, 25, says.

“I would not be surprised if, in the next few years, Phoenix ends up in MLS, so I signed because I want to be part of that journey, even if I only experience the beginning of it.”

Also in lockdown in Arizona, Barmby, who holds permanent residence status in the United States, has no plans to return to the UK.

“The USL is a good standard and every team wants to play football,” he adds.

“If a team is 1-0 up in the EFL, most of them would shut up shop, but here it stays really open and the majority of goals are scored in the last 15-20 minutes.

“I know a lot of players in League One and League Two are desperate to come to the States because it is a good life here, especially in Arizona.”

The USL is divided into an Eastern and Western Conference, with Memphis part of the former and Phoenix in the latter.

“We have put together a good roster, and we are building a new stadium and training facility with MLS on the horizon.”

Briggs, who began his career at West Bromwich Albion, had his first taste of football in the US in 2008 when he joined Kalamazoo Outrage.

He signed for Wilmington Hammerheads four years later, where he became assistant coach, before taking charge of Real Monarchs, in Salt Lake City.

Briggs, whose wife is American, became Sacramento’s academy director in 2019 and took over the first team in December.

“It is an exciting time to be involved in football here because the game is growing exponentially,” he adds.

“When I first came here, there was hardly any live football on TV, but now I watch more Premier League games than my friends do in the UK.

“I feel at home here, but that is not to say I wouldn’t like to return to England some day to pit my wits against managers at the highest level.”

Related posts:
May 3, 2020 Lifestyle Comments Off on USL Championship: The Brits pursuing careers in the US second tier
Celebrity News:
Carole Baskin Clarifies Letter Mentioning Thought of Killing First Husband
Jordyn Woods, 23, Goes Instagram Official With Karl-Anthony Towns, 24, In Romantic Beach Pics: ‘I Found You’
Simon Cowell admits he is ‘terrified’ of son Eric being bullied as he details the name he almost gave him
Drew Barrymore Reunites with Ex-Husband, Tom Green, After 15 Years of Not Speaking
Piers Morgan: GMB star hits out at BBC following Andrew Neil step down ‘Treated shabbily’
Recent Posts
This website uses cookies to improve your user experience and to provide you with advertisements that are relevant to your interests. By continuing to browse the site you are agreeing to our use of cookies.Ok