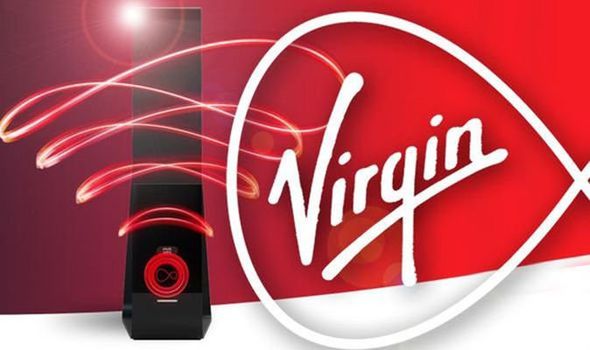 Some Virgin Media customers are without access to broadband this morning. The problems with this hugely popular service appear to have begun at around 6.30am and seem to be affecting parts of the south of England. Independent website monitor, DownDetector, is showing a surge of issues with hundreds of Virgin Media users currently hit by the outage.

DownDetector is an independent website which tracks social mentions around certain topics to detect outages across the globe.

According to the website, the most reported locations include Southampton, Nottingham, Bournemouth, London and Portsmouth.

Some customers have taken to forums to vent their anger at the issues with one saying, “Broadband down in SO18 since around 12am. Service status last night said everything working OK. Now their Web page isn’t even working!”

And another adding: “No internet in Wimborne, not sure how I’m going to work from home today.” 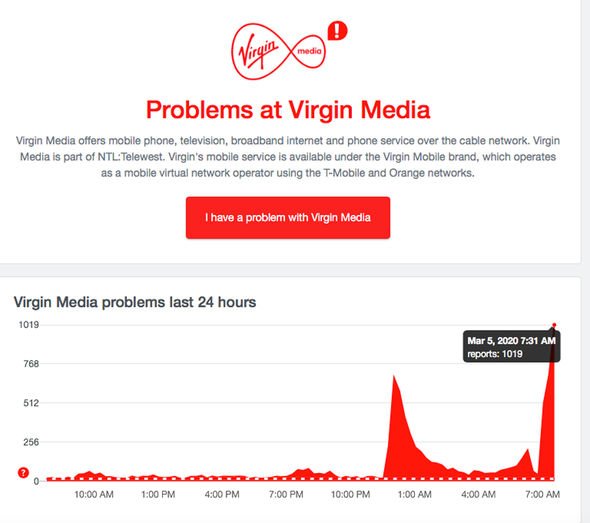 Along with those mentions on Down Detector, Virgin users have also taken to social media to complain about things not working.

Twitter is full of complaints with one customer tweeting, “@virginmedia Internet down. Can’t log into my account on mobile Internet which suggests @virginmedia is down at their main server?

And another posted a message saying: “Appears to have been down across the South (some reports elsewhere) since midnight. Typical lack of any form of update from V. Don’t waste time checking your system. It is them. Problems happen but not keeping customer informed is dumb @virginmedia.”

There’s currently no word on what is causing the problems or when they will be fixed but Express.co.uk but Virgin has now confirmed the outage and apologised for any inconvenience caused.