Putin has ruled Russia as president or prime minister since 1999. He told Russian lawmakers he backed new laws that could see him lead the country for another 16 years. 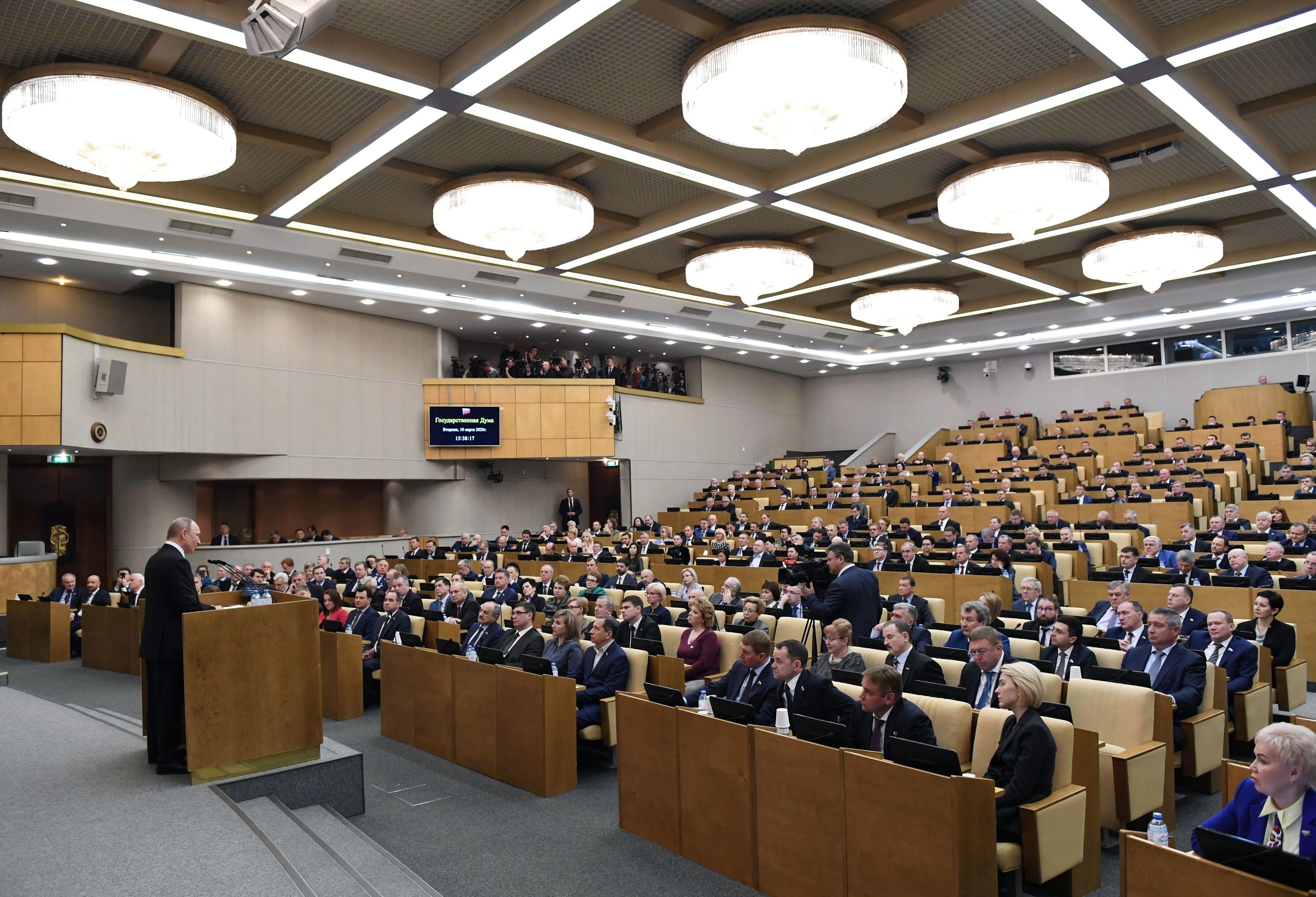 KYIV — Vladimir Putin said he supports proposed changes to Russia’s constitution that would allow him to rule until at least 2036.

He is currently legally required to step down in 2024 when his second consecutive term, and fourth in total, ends. But on Tuesday the Russian parliament took steps to pass new laws that would effectively reset Putin’s terms back to zero, allowing him to run again in four years.

Addressing Russia’s lower house of parliament, the State Duma, Putin said he would back the sweeping constitutional changes proposed by the ruling United Russia party as long as they received approval from the Russia’s Constitutional Court.

“I believe and am deeply convinced that a strong presidential power is absolutely necessary for our country…[and] for stability,” Putin said.

Putin, 67, has ruled Russia as president or prime minister since 1999 and was elected to a fourth term as president in 2018. Russian presidential terms last six years.

He cited examples from other countries where there are no term limits and even referenced former US President Franklin D. Roosevelt, who served four consecutive terms between 1933 and 1945. “In the United States…term limits were only introduced in 1947 and ratified in 1951,” Putin said. “Basically yesterday.”

Putin’s approval of the controversial proposals gives a clearer view of how he could remain in power beyond 2024.

The proposed constitutional changes were introduced on Tuesday by Valentina Tereshkova, a former Soviet cosmonaut and current member of United Russia, the party of which Putin is the de facto leader. But it came after weeks of discussions about constitutional changes floated by Putin himself after he dismissed his longtime prime minister, and former president, Dmitry Medvedev, in January.

“I propose either to lift presidential term limits or [allow] the current president to be elected as head of state, like any other citizen, after the amended constitution enters into force,” Tereshkova, who was the first woman in space while part of the Soviet Union’s space program, was quoted by the Moscow Times as saying. 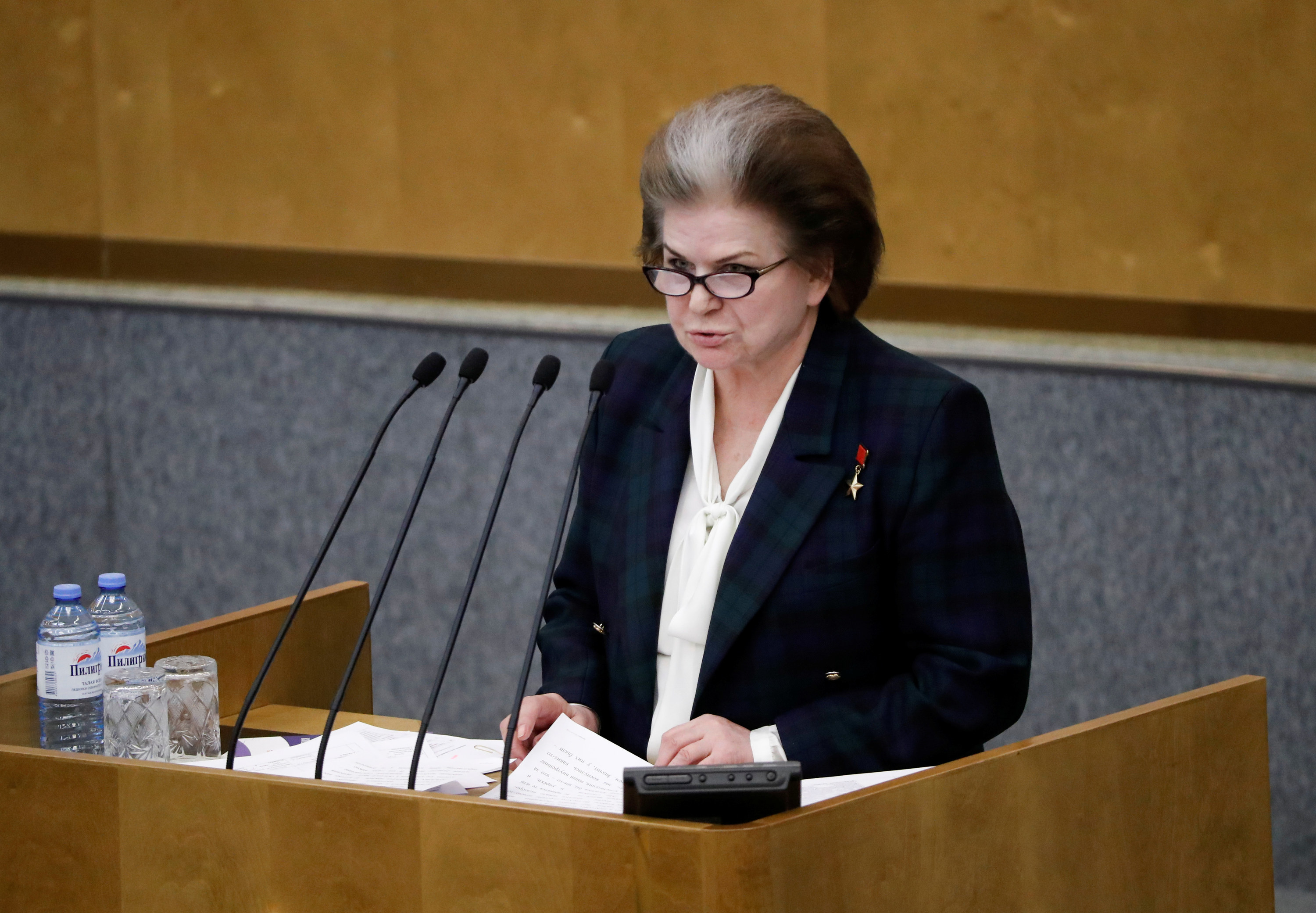 In a meandering speech that seemed not to have been prepared long in advance, Putin said the Duma had the right to approve the measure resetting his terms and allowing him to potentially hold Russia’s top office for the fifth time. But he said it would require a ruling from the Constitutional Court to legitimize it.

In Russia’s rubber-stamp judicial system, that would be almost certain to happen.

At the same time, Putin said it should be the Russian people who ultimately decide who leads them. “I said I didn’t want to go back to Soviet times, when things were decided behind closed doors,” he said. “We are in a different time now. Now you have to go to elections.”

Russia experts and opposition figures in Moscow blasted the proposed constitutional changes, the prospect of Putin being leader for life, and the Kremlin’s lack of creativity in the move.

“With calls for early Duma elections and a President elected by the Council of State, rather than the people, there appears to be a growing confusion in Russia’s ruling elite about ways and means to adjust the political regime,” tweeted Dmitri Trenin, director of the Carnegie Moscow Center.

Leonid Bershidsky, a former columnist for Bloomberg who’s reported on Russia for years, said the model resembled that of authoritarian systems in Central Asia, where leaders have ruled for decades.

Meanwhile, within an hour of Putin wrapping up his speech to the Duma, opposition groups set in motion plans for a protest against the “president-for-life” proposal.

A United Russia lawmaker on Tuesday also proposed holding snap parliamentary elections, currently scheduled for September 2021, once constitutional reforms are approved. But Putin seemed to shut down that idea for now.

“I don’t see a need for snap parliamentary elections,” he said.