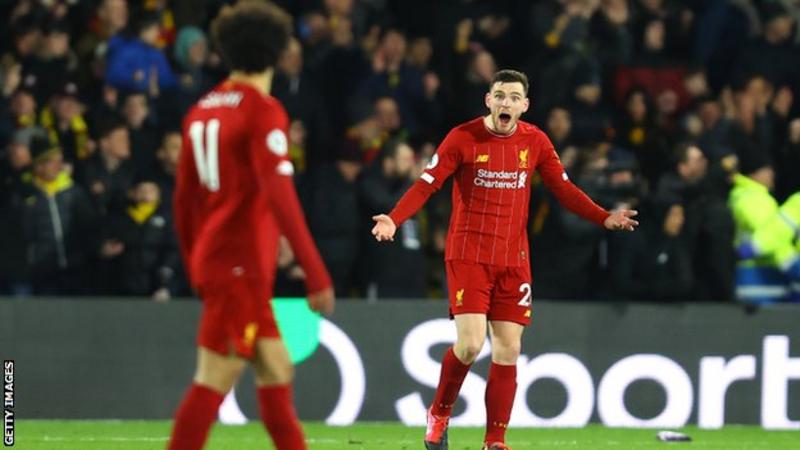 As Jurgen Klopp tried to deliver his assessment of Liverpool’s shock Premier League defeat at Watford, he found himself having to speak louder than he probably would have liked.

Despite the microphones and speakers set up in the press conference room within the bowels of Vicarage Road, the noise of celebrating Watford fans just outside was virtually drowning him out.

This was supposed to be Liverpool’s day. It ended up being Watford’s.

The narrative that preceded Saturday’s 3-0 win for the Hornets was all about Liverpool. A hundred or so members of the press had packed into the old stadium with just one angle on their mind – Liverpool were on the verge of making English top-flight history, with another win on their relentless march towards the Premier League title meaning a record-breaking 19th in a row.

Pre-match talk was not only about Liverpool setting such a record but also whether they could match the Arsenal “Invicibles” achievement of going an entire season unbeaten.

Few would have expected both of those records to be torn apart by a Watford side that started the day in the relegation zone and had not won in their five previous outings. 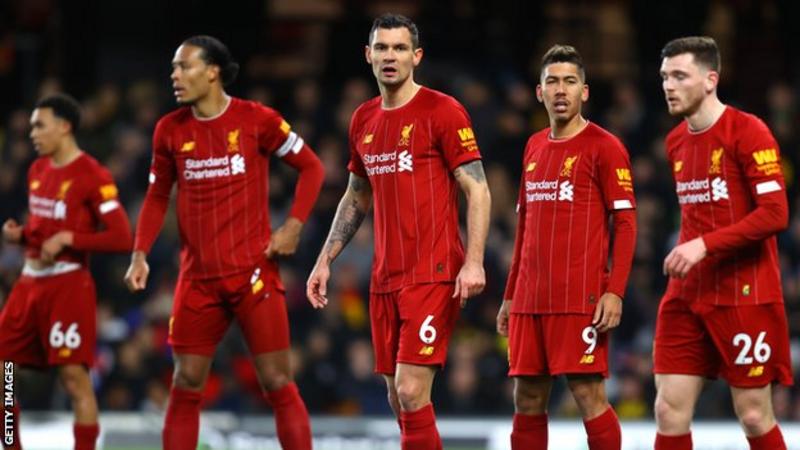 But that is exactly what happened.

How? Put simply, Watford were the better side from start to finish. They pressed Liverpool high up the pitch and were quick to close down the Reds whenever they ventured towards the Hornets box.

Klopp himself – well aware that the headlines would be about Liverpool’s defeat – was keen to direct praise towards Watford.

“The most important thing is congratulations Watford – well deserved. That should be the headline. We didn’t perform like we should have and Watford performed exactly how they want.”

There were, of course, negatives within Liverpool’s performance that contributed to the defeat.

Dejan Lovren made his first Premier League start since 7 December as Joe Gomez missed out because of a minor fitness concern and the Croatia international looked rusty as he struggled to deal with the pace and trickery of Ismaila Sarr, who twice got the better of the Reds to score.

Lovren started the last time Liverpool lost by three goals – the 2017 4-1 defeat by Tottenham – but he was not alone in having an off day. His defensive partner Virgil van Dijk made a number of uncharacteristic mistakes, while Fabinho was also considerably off the boil in midfield.

“In the first half there were little football things that didn’t work out for us,” added Klopp.

“Things we usually do naturally right we didn’t do right. That already made the game pretty tense. We spoke about football things at half time and I really liked the start of the second half. The reaction was good but then we conceded the first goal and not long after that we conceded the second.

“But it has nothing to do with the games we won before and the games we will win – it was just this one football game and we have to admit we lost to the better team.”

The home crowd, too, played a part.

Before kick-off the atmosphere around the ground was not one of despondency but one of belief that Watford were doing the right things, despite recent results saying otherwise.

They encouraged their team from the outset, rather than groaning at anything that did not come off, and when Sarr broke the lines with one of many promising runs on the flank early in the first half, they roared with an encouragement that clearly rubbed off on the players.

But much like Klopp, Watford boss Nigel Pearson did not want to overplay the significance of the result in their battle for Premier League survival.

“It is just one game,” he said of the win that moved his side out of the bottom three on goal difference.

“We have 10 left and we have to try and emulate today in terms of performance.

“The results have not been what we wanted. We found it difficult to find ways of winning games. We coped exceptionally well today and that is the most important for me.” 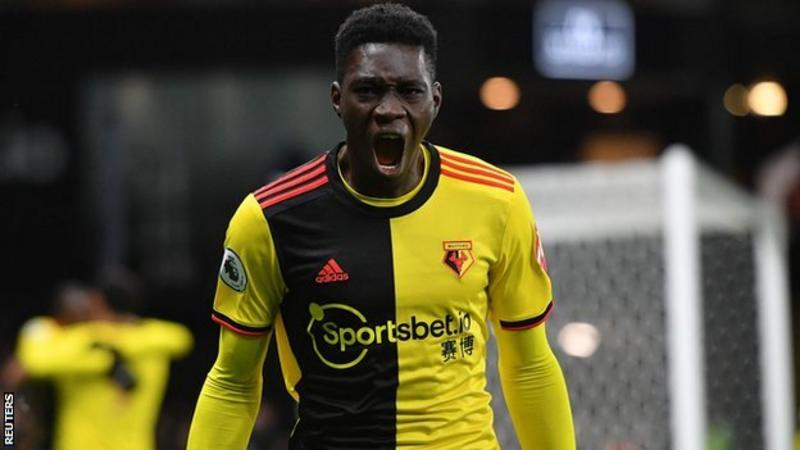 So what does this mean for Liverpool?

They are 22 points clear at the top of the table so, ultimately, it is the slightest of bumps in the road as they close in on a first league title in 30 years.

Instead the Reds will, as the phrase so attached to them goes, simply “go again” but now unburdened by the pressure of chasing records.

“I see it [the defeat] as rather positive,” Klopp said. “From now on we can play free football again, we don’t have to defend to try to get records.

“We can just try to win football games again.”