A HUGE fire has suspended golf and forced Wentworth to be evacuated.

It is understood the blaze broke out outside of the course at nearby Chobham Common before spreading on to the course. 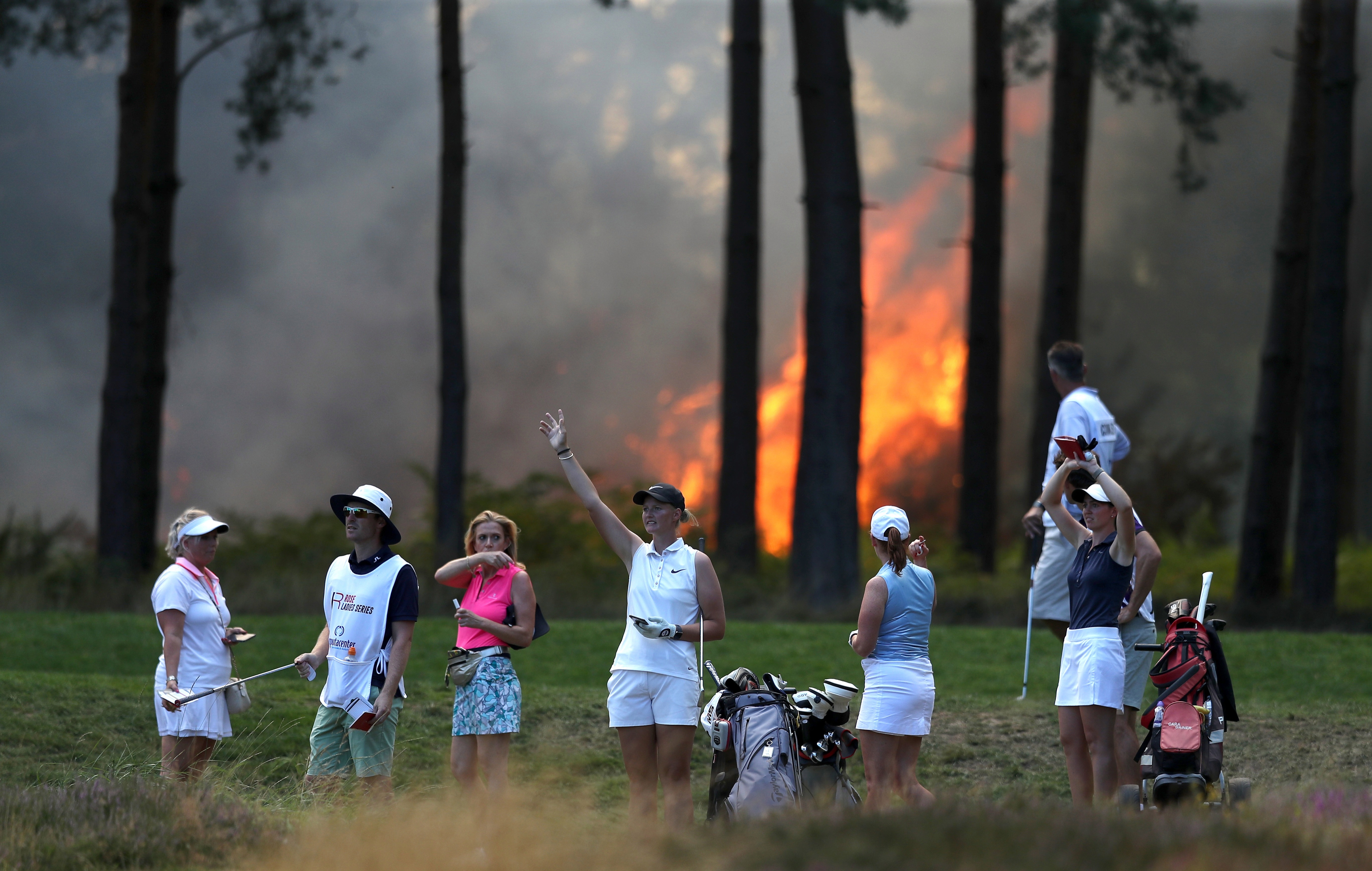 And with the flames across the west course at the prestigious Surrey club, play was stopped during the conclusion of the Rose Ladies' Series Grand Final.

According to Sky Sports News, no one has been injured on the golf club but everyone has been asked to leave the premises.

Dramatic photos captured the smoke at the course near Virginia Water where temperatures hit 36C on Friday afternoon. 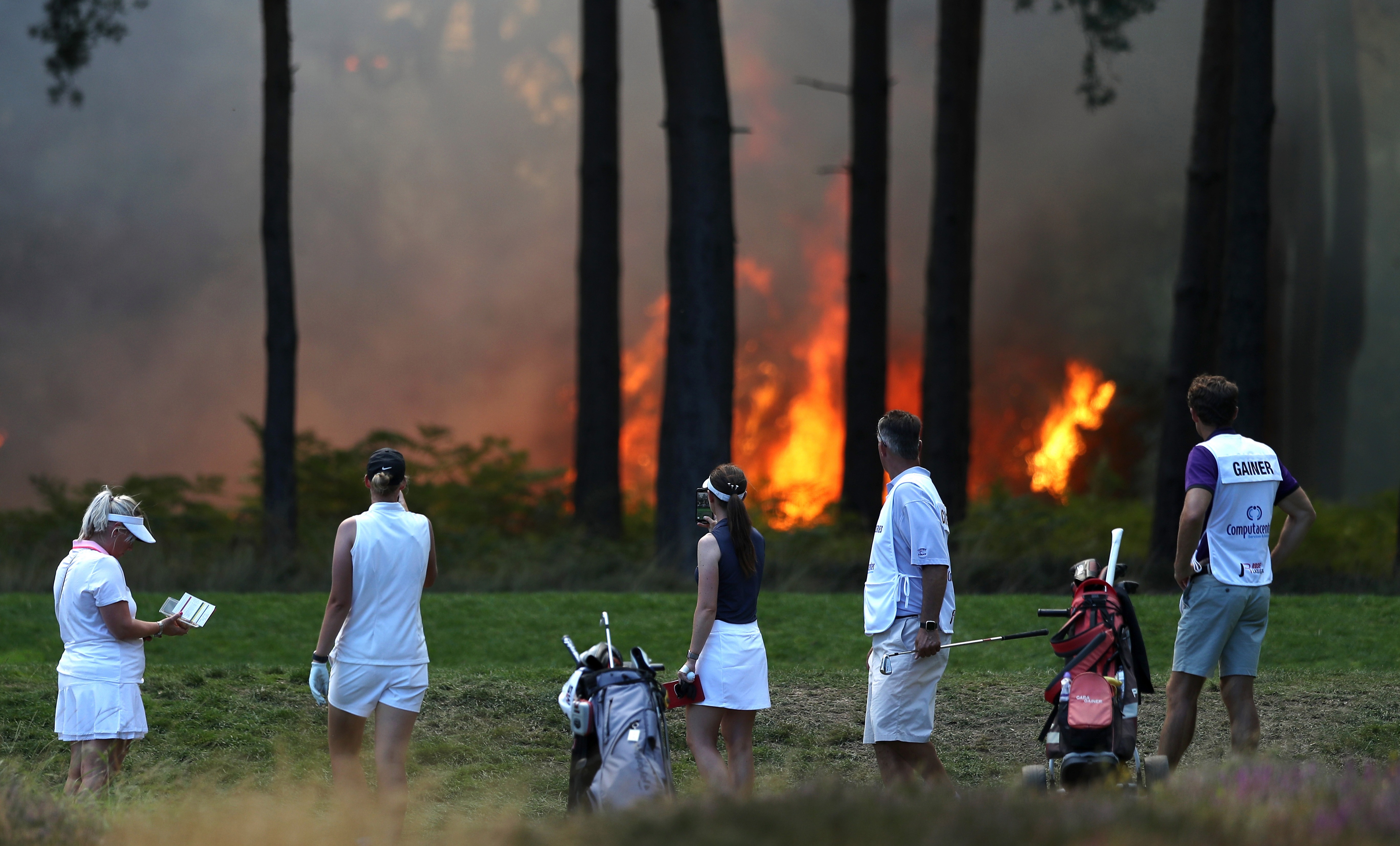 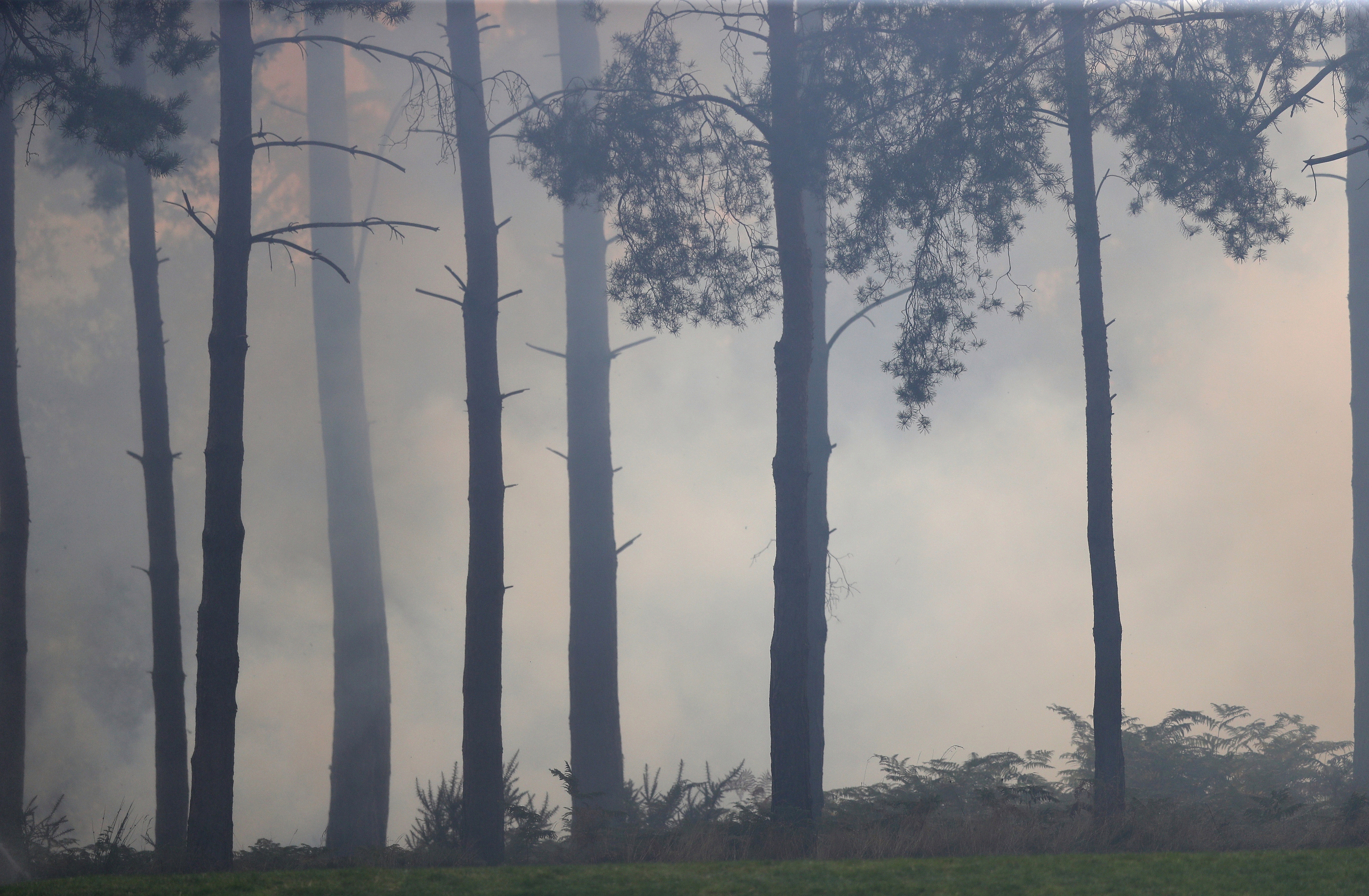 Related posts:
August 7, 2020 Lifestyle Comments Off on Wentworth evacuated due to huge fire during the Rose Ladies' Series Grand Final
Celebrity News:
Regina King, Josh Gad & More Honor James Earl Jones on 90th Birthday
Lady Gaga Planning To Add Her Own ‘Flair’ To Inauguration National Anthem: She’s ‘Honored’ To Perform
Becca Kufrin Can't Get Enough of This Guy From Season 16 of 'The Bachelorette'
Kamala Harris’ Socks Are Taking The Internet By Storm
Emmerdale’s Joe-Warren Plant has awkward tumble with skating partner Vanessa on first Dancing On Ice show
Recent Posts
This website uses cookies to improve your user experience and to provide you with advertisements that are relevant to your interests. By continuing to browse the site you are agreeing to our use of cookies.Ok