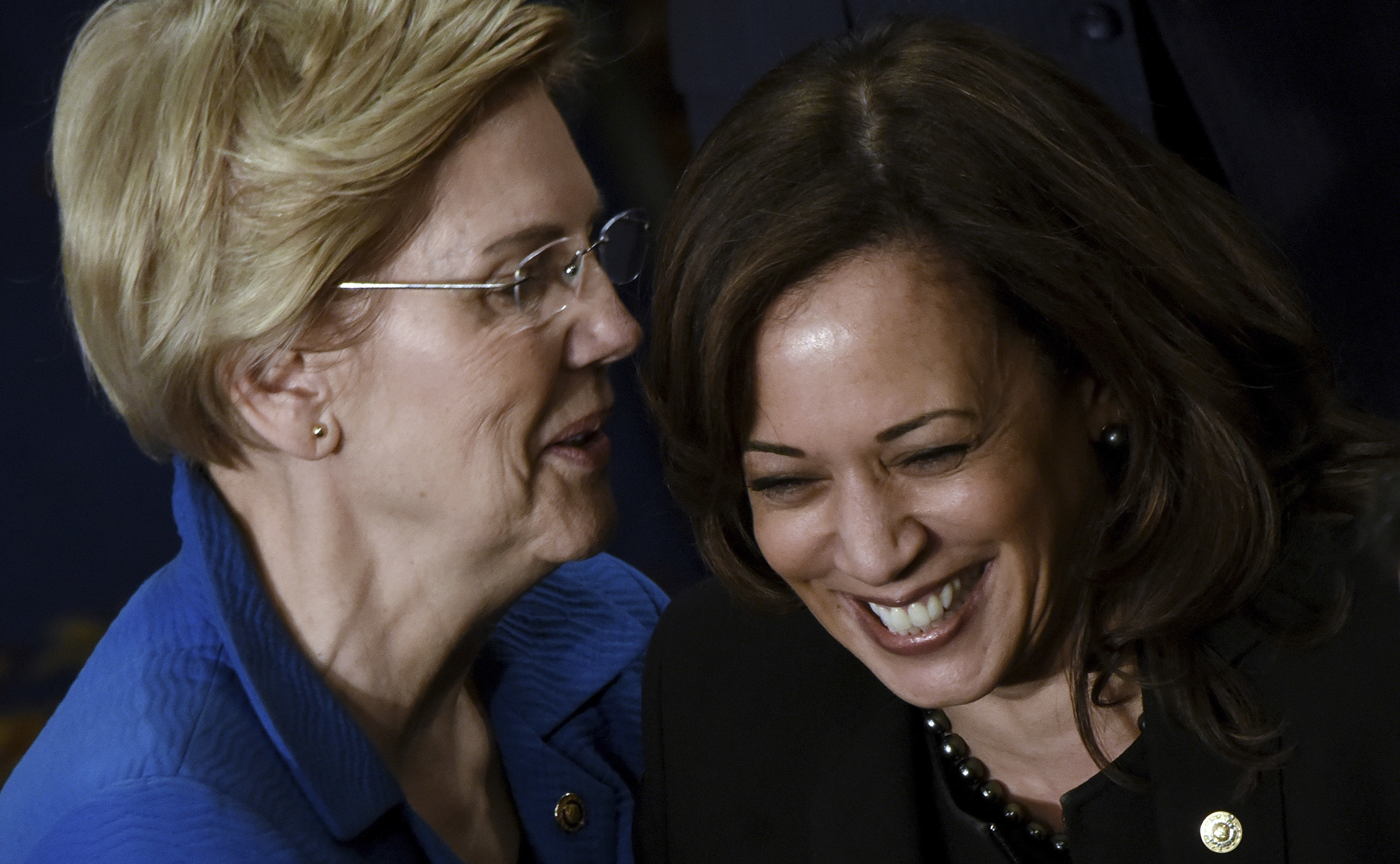 The image began to circulate again on Thursday, this time with a very different sentiment behind it: five Democratic women photographed at the height of last summer, back when it seemed like one of them might have a chance at making history. They were all high-fiving, all laughing. The caption: “Madam President?”

As the last major female candidate, Elizabeth Warren, dropped out of the presidential race, Democrats mourned what could have been — and wondered what happened.

“Every time I get introduced as the most powerful woman, I almost cry, because I wish that were not true,” said Nancy Pelosi, the speaker of the House, in the wake of Warren’s exit. “I so wish that we had a woman president of the United States, and we came so close to doing that. I do think there’s a certain element of misogyny.”

It had started with a blue-wave midterm election in 2018 where being a woman was seen, for the first time, as a distinct advantage, and where candidates of color won even in majority-white districts. Then, in 2019, a slate of historically diverse presidential candidates came together, including six women.

After everything, the last two candidates left in the race with a shot at the nomination: two white men in their late 70s, Joe Biden and Bernie Sanders.

Kirsten Gillibrand left the race early, after a campaign that tried to center women voters simply never took off; Kamala Harris after a formidable start and rapid rise ended with a just-as-rapid fall. Amy Klobuchar, who spent much of the race fighting for any shred of voters’ attention, dropped out to endorse Biden mere weeks after she finally, unexpectedly, surged.

Warren’s exit Thursday, after a disappointing string of losses in early-voting states, was perhaps the most stark reminder of the realities facing women candidates vying for the country’s highest office.

Warren stuck closely to a popular message, raised huge sums of money, and built a formidable grassroots organization across the country.

Like the other candidates who dropped out of the race, she had hardly run a perfect campaign. But it was also unquestionable that, after what seemed like an unstoppable rise in the polls last summer, Warren’s candidacy had become mired down in voter fears about electability — and, inextricably, her gender.

Polling from a progressive firm showed, for example, that a large swath of Democratic voters, some one third, held sexist beliefs — and that almost none of them backed Warren. Other figures showed Warren’s support among male voters declining sharply as the campaign went on. 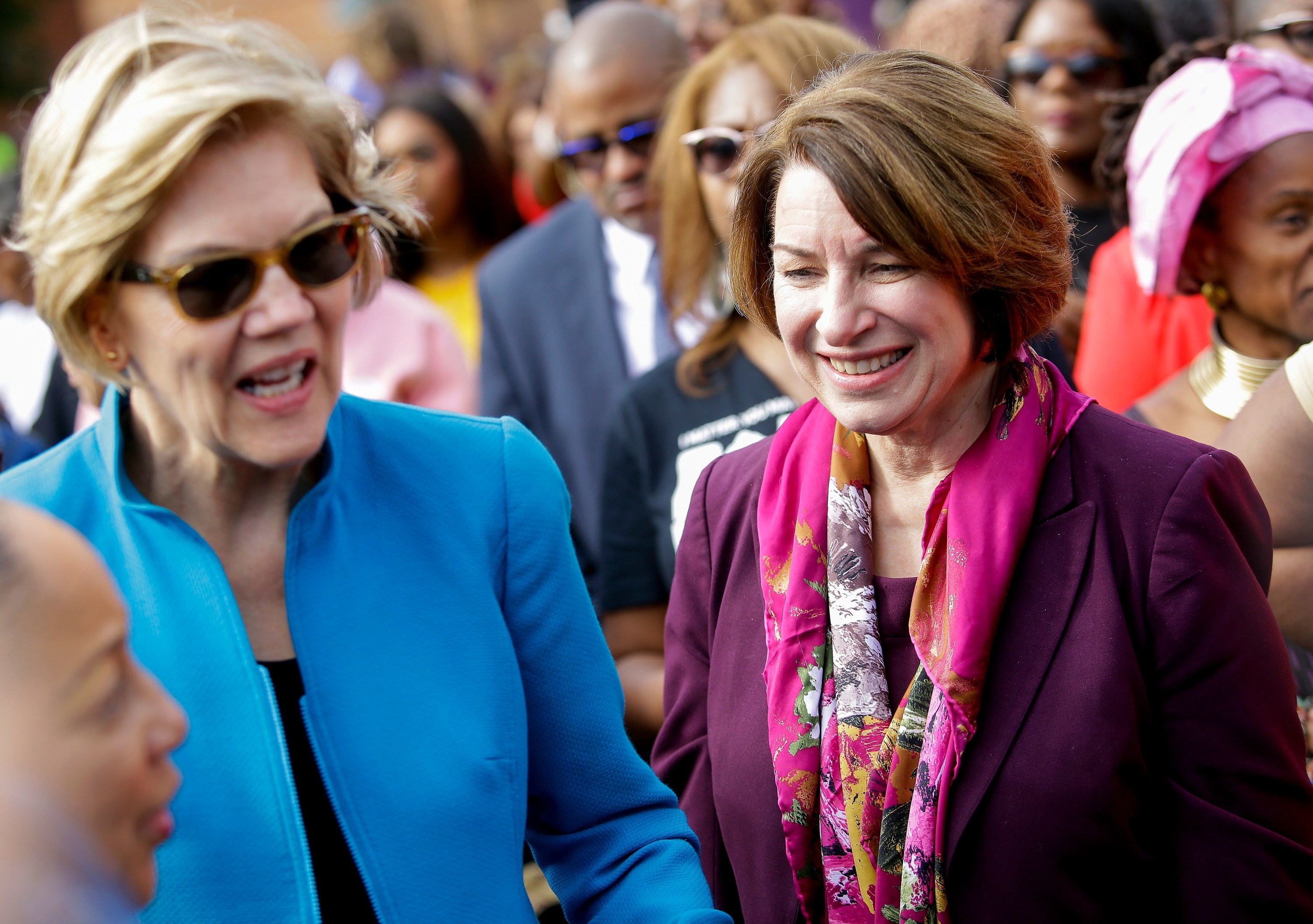 As she addressed reporters Thursday in front of her home in Cambridge, Warren was unflinching about the role that sexism had played in her campaign.

“Gender in this race, you know, that is the trap question for everyone,” Warren said. “If you say, ‘Yeah, there was sexism in this race,’ everyone says, ‘Whiner!’ And if you say ‘No, there was no sexism,’ about a bazillion women think, What planet do you live on?

“I promise you this, I’ll have a lot more to say on that subject later on.”

The drive to beat Donald Trump was all-consuming in the 2020 primary. From the beginning, it also led many voters to simply count women candidates out.

Across early states, voters said they found women candidates too angry or too unlikeable or too inexperienced. Their dislike of women candidates’ policies or ideologies mixed frequently with their feelings about their gender.

“She’s a firecracker, but she doesn’t have all that experience that Biden does,” Mary, a voter in tiny Blue Grass, Iowa, said of Warren in January. Then, almost as an aside, she added: “And I don’t think she can win, because she’s a woman, dang it, and they don’t like women presidents, I guess.”

Mostly, voters said, they saw women candidates as too risky — especially in the wake of the 2016 election, when Hillary Clinton lost to Trump.

Peggy Hendrix, a Memphis resident who voted early for Michael Bloomberg in Tennessee, was unflinching last week about her belief that Klobuchar and Warren should drop out.

“I think the two women in the race should jump out, because America would never elect a woman president. They didn’t elect Hillary, who has been senator, first lady, been in government all her life,” Hendrix said.

“I know these other women don’t have a chance. I think they should get out.”

Gillibrand, Harris, Warren, and Klobuchar all ran vastly different campaigns, and all had issues that were entirely separate from their gender. At one point or another, though, all of them were forced to make the same choice: to address the issue of sexism head-on.

“They all had to take it on directly, this issue of electability — no ‘wink-wink, nod-nod,’” Adams said of women candidates. “You had to define what it is, call out the problem, and explain how you can solve it. We realized, ‘We’re going to have to call out this elephant in the room in a far more explicit way.’”

For Harris — who was contending doubly with racism, as the first serious black woman candidate since Shirley Chisholm — that effort began in earnest in a speech in May of 2019 at an NAACP convention in Detroit. There, she explicitly challenged media-driven notions of “electability” that favored white men.

She wove efforts like the Detroit speech into the fabric of her campaign, frequently referring to hypothetical leaders with female pronouns — hoping to challenge voters’ ideas, she said, of what a president looked like.

Harris told BuzzFeed News in October that such efforts were necessary “especially in light of the whole discussion about ‘electability,’ which drives me bananas.”

“It’s important for people to understand that they have to really check how they’re thinking about these things,” she said. “But we have to help along the way.” 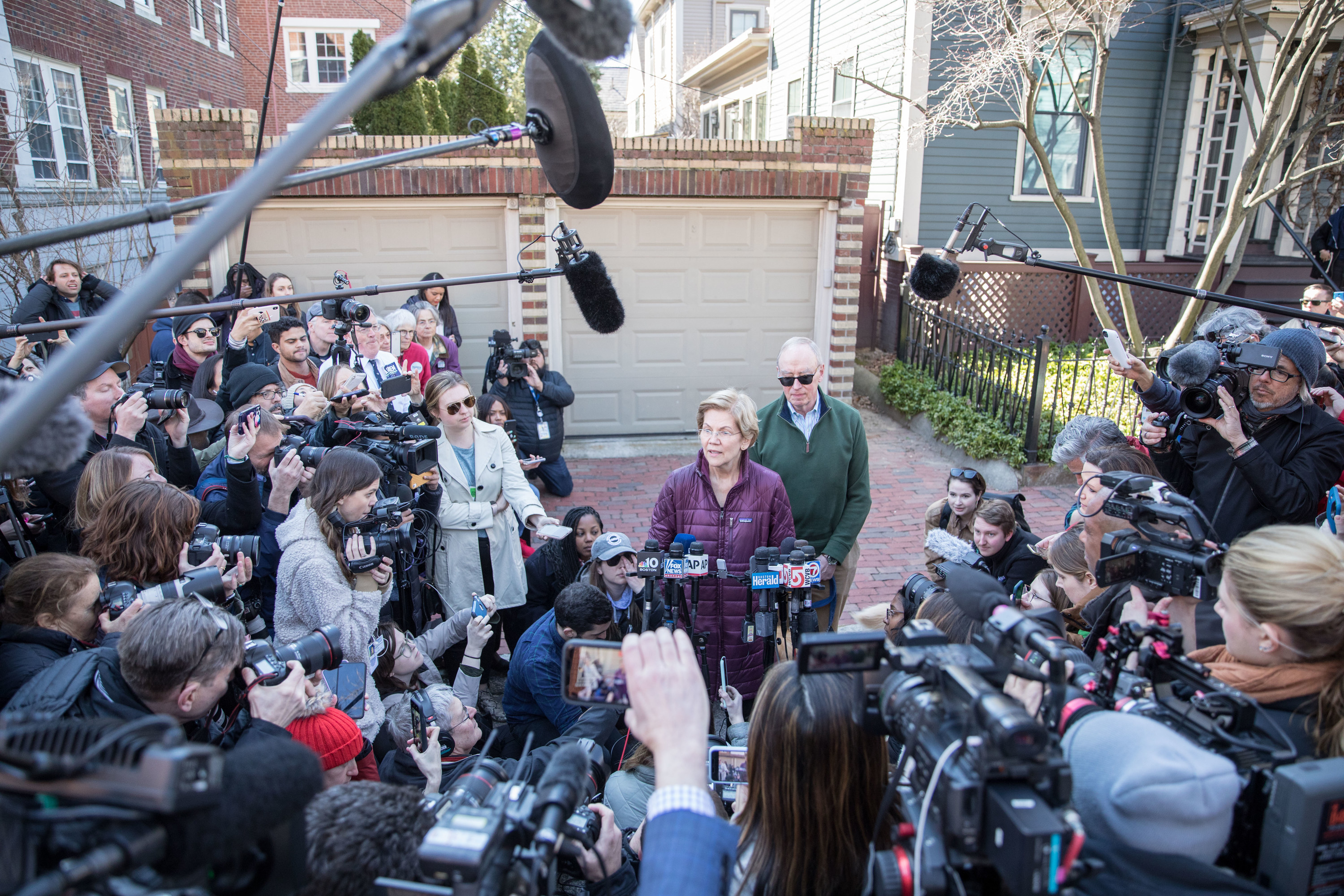 Warren, with her husband Bruce Mann, announcing the end of her campaign outside of her home on March 5, in Cambridge, Massachusetts.

Klobuchar, who found herself losing voters to Pete Buttigieg, the 38-year-old former mayor of a small city, addressed the issue directly on the debate stage, after she was asked about her comments that a woman with so little experience would not be taken seriously.

“What I said is true. Women are held to a higher standard,” she said. “Otherwise we could play a game called ‘Name Your Favorite Woman President,’ which we can’t do because it has all been men, including all vice presidents… And I think any working woman out there, any woman that’s at home, knows exactly what I mean.”

For Warren, that moment came in January, when CNN first reported that Sanders had told her in a private meeting that he did not believe a woman could win against Trump.

She put out a statement confirming her side of the story, which Sanders denied, and spoke of it briefly in the next debate — before pivoting to an explicit defense of women’s electability, a topic she had so far mostly avoided.

It had, her campaign believed, become untenable to not address the issue of gender in the race. But her campaign was also careful to tell key supporters not to accuse Sanders of sexism, largely because they knew the fear was something that was widely held among Democratic voters.

“I would be careful with the ‘sexism’ angle when it comes to the Bernie/Warren exchange individually — that’s not what this is about and I think it’ll be really bad news for us if that becomes what this is about,” a Warren aide wrote to a group of supporters in a private Twitter group as the story about Sanders’ comments reached its height.

“Claiming you’re worried a woman can’t win/flagging that she’ll receive sexist attacks is something many, many people feel.”

Ultimately, the story appeared to do little to damage Sanders, who continued to rise in the polls, and went on to a near-win in Iowa and victories New Hampshire and Nevada.

Though she avoided speaking explicitly about sexism in the race for much of her campaign, Warren often built her speeches around prominent women in history, and her policies centered issues like universal child care.

In her famous “selfie lines,” which could stretch for hours, Warren made a point of allowing families with children to go first and providing coloring paper for children to use as she spoke. It was an environment where, unlike other candidates’ rallies, many families felt comfortable bringing their children — and each time Warren encountered a young girl in line, she knelt and made them a pinky promise: “I’m running for president because that’s what girls do.”

As she addressed reporters in front of her house Thursday, after she had left the race, Warren’s voice broke as she spoke of those interactions.

“One of the hardest parts of this is all those pinky promises,” she said. “And all those little girls who are gonna have to wait four more years. That’s gonna be hard.”

Related posts:
March 6, 2020 Lifestyle Comments Off on What Happened To The Women Of 2020? Fears Of “Electability.”
Celebrity News:
Birds of a Feathers Lesley Joseph on Pauline Quirke not being on TV
Elon Musk got booed on stage at Dave Chappelles show in San Francisco
Gayle King Defends Prince Harry & Meghan Markle’s Netflix Docuseries!
Taylor Swift vs Olivia Rodrigo! | Perez Hilton
Scott Disick 'Regrets' How He 'Handled' Ill-Fated Relationship With Kourtney Kardashian As He Tries To Move Forward
Recent Posts