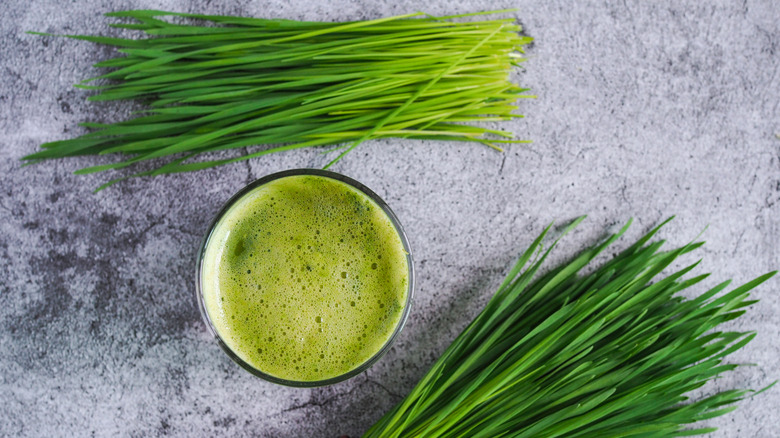 Wheatgrass has been long-touted as a do-it-all supplement with countless benefits for the body, whether ingested in shot form or by mixing wheatgrass powder into smoothies. As per WebMD, wheatgrass is “the young grass of the wheat plant,” and is hailed for its high chlorophyll concentration. According to Prevention, the plant is made up of over 70% chlorophyll, which is a powerhouse antioxidant that may fight inflammation. That being said, the benefits don’t stop there, leading many to see daily morning wheatgrass shots as a lifestyle. If you’re on the fence about wheatgrass, you might be surprised to learn about its true benefits — and whether you really should drink it every day.

According to Healthline, wheatgrass is considered a superfood, jam-packed with vitamins, nutrients, and antioxidants that contribute to your well-being. Before you write wheatgrass off as a health nut fad, its list of components is seriously impressive. For one, one serving of wheatgrass represents 44% of iron’s recommended daily value, which helps transport oxygen through the body (via Nuts.com). Moreover, the signature green drink is a good source of fiber, clocking in at 14% of DV (via Medical News Today). This means staying full longer between meals, making it a perfect midday drink, plus optimizing bowel health (via Mayo Clinic). As one PopSugar wheatgrass fan can attest, daily shots will make your trips to the bathroom a lot more regular, and who doesn’t want that?

All the benefits of wheatgrass 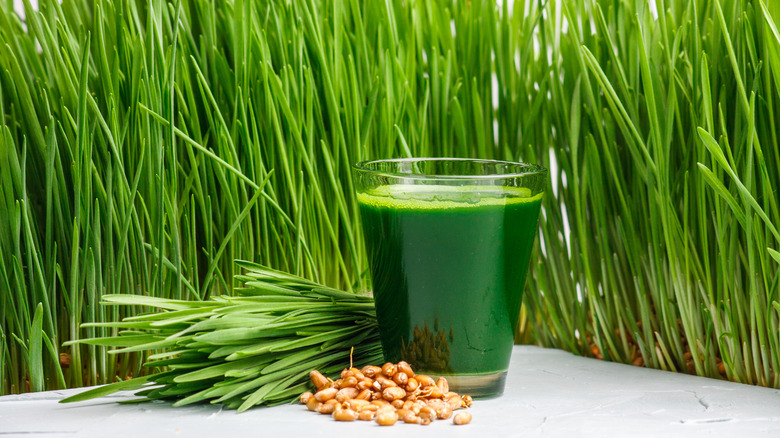 Wheatgrass’ benefits don’t stop there: It is a good source of bone-fortifying calcium and sleep-assisting magnesium, plus contains a whopping 17 amino acids, enzymes, and hefty doses of vitamins A, C, E, K, and B complex (via Healthline). Its chlorophyll content is majorly important, too: The pigment works to detoxify the body and supports the liver’s function. Wheatgrass’ enzymes (and the great fiber content) are the best at aiding digestion, reducing gas and bloating. An antioxidant at its core, the superfood can fight chronic inflammation and boost the immune system, with one study saying “it might have anticancer properties” (via Medical News Today).

But this supplement’s powers aren’t just a list of facts: Real people report feeling the difference even after just a week of daily wheatgrass shots. As reported by PopSugar, a week of wheatgrass may boost energy levels, improve digestive issues, and even assist gum health. With evidence that wheatgrass can fight infections, lower blood pressure, enhance brain function, and even help diabetes and arthritis (via Healthline), it’s safe to say that it’s a great idea to incorporate wheatgrass into your diet. Plus, with Healthline describing it as an “everyday health tonic,” daily, doctor-approved doses are just fine.