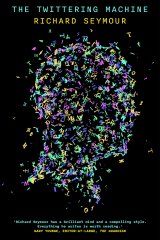 Never in human history have so many written so much. Texting, tweeting, emailing, blogging, updating. It might look like freedom of expression but the truth is otherwise, says Richard Seymour. The technology is writing us. We are being programmed by algorithms, bamboozled by lies, goaded by trolls, in thrall to how we are seen by others. In this crisply written, intellectually penetrating work, Seymour doesn’t so much mount an argument as pose urgent questions. What is lost when our attention is monopolised in such addictive ways? Does satisfaction lie beyond the self? What is gained when we resist the compulsion to ‘‘be in the know’’? This is a book that throws us back on our own resources. Who are we when we turn the technology off? 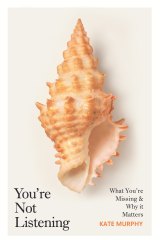 FBI hostage negotiator Gary Noesner had a secret skill, one that is much overlooked and devalued in contemporary society. He was an expert listener. Perpetrators surrendered to him because they felt heard. For all our online connectedness, loneliness and alienation are on the rise worldwide.

A big part of the problem, says Kate Murphy, is that we have lost the art of listening, the key to which is curiosity about others. The most valuable lesson she has learned as a journalist is that ‘‘everybody is interesting if you ask the right question’’. It’s a nice point that reminds us that fruitful interaction is not about judging whether our interlocutor is exciting or boring but about what we can bring out of them. As Murphy eloquently demonstrates, our most profound interactions hinge on lending an ear.

All Our Relations
Tanya Talaga
Scribe, $27.99 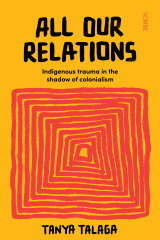 This is a story of children who, from their first steps, stagger under the weight of history. A story of children separated from their parents, from their land and from ways of life that give life meaning. A story of intergenerational trauma and youth suicide that spans the globe, from North and South America, to Scandinavia and Australia. While drawing on academic studies, All Our Relations is a burning missive about what is happening now, on the ground, and what needs to be done to make for safe and healthy indigenous communities. Alongside practical measures, Tanya Talaga points to four questions that all societies must help children address: Where do I come from? Where am I going? Why am I here? Who am I? To begin to answer, Talaga suggests, is to begin to find hope. 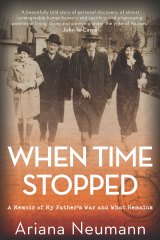 When Ariana Neumann was eight, she started a spy club with some cousins and friends. They would report to each other anything ‘‘suspicious’’. One day, her father was observed with a strange grey box. In that box, Neumann found an identity card with her father’s young face and a name she did not recognise. Her sleuthing would span decades, taking her from Venezuela, where she grew up, to Czechoslovakia where her father’s Jewish family had been decimated by the Nazis. Like the watches her father treasured, this painstaking reconstruction of events is intricate and complex. As Neumann pieces together the pieces of her father’s past, she solves the puzzle of his survival and all that had baffled her about him. This is a family history that offers a rare degree of resolution. In the end there are ‘‘no more questions’’, just love and respect.

PICK OF THE WEEK
House of Trelawney
Hannah Rothschild
Bloomsbury, $29.99 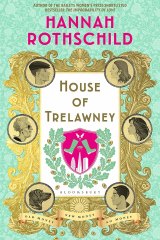 Since the Trelawney family’s ennoblement in 1179, Trelawney Castle has stood on a bluff overlooking the South Cornish Sea, inhabited by successive generations of Trelawneys whose vast wealth and estate have shrunk to a struggle to keep a bit of the garden alive and a small part of the castle habitable while the elderly incumbent lives upstairs with his wife and the heir tries to make some money. But then the Global Financial Crisis hits, and crisis ensues. This is a brilliantly witty and clever satire of the British aristocracy, about which it is both affectionate and deadly. Family traditions, sibling rivalry, high finance, ancient friendships, romantic love and one breathtaking and disruptive secret from the past are combined in a novel too complex and warm-hearted to be called a romp, but it often reads like a high-society version of Cold Comfort Farm. 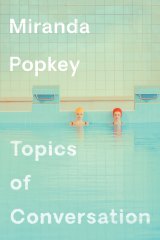 Miranda Popkey is a highly intelligent and technically gifted young writer who has apparently read a great deal of Rachel Cusk and Sally Rooney, possibly too much of both. Her debut novel tells the story, such as it is, of a progressively less young woman over a span of two decades, as she talks and listens to various, almost random, other women in their moments of candour about things such as choices, control, pain, sex (of course), and sheer perversity when it comes to the matter of crafting for oneself either a happy or a meaningful life. These tales, in the form of dialogues and monologues, are interspersed with the unnamed narrator’s own monologue as she paddles in a kind of modified stream of consciousness, often drunk and never happy. It’s intermittently interesting, and sometimes clever, but the solipsism will wear you down in the end. 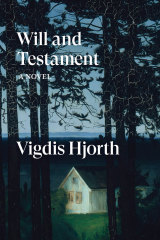 The narrator of this book is the sort of person by whom one fears being bailed up and cornered at a party, and told a bitter tale of family conflict, alienation, and a dark past. When Bergljot’s father dies and his considerable money and property must be divided among his four children, Bergljot is stubbornly dug in about the unfairness of his will and is also re-traumatised by the memories not only of her father’s behaviour towards her in childhood, but also by the fact that the rest of the family refuses to acknowledge, or presumably to believe, her story. The ranting, often drunken voice of Bergljot is flawlessly sustained and her mental state is both mildly alarming and utterly believable, and Vigdis Hjorth’s take on the bad behaviour of siblings over parental deaths and wills is also absolutely convincing. The book is an unpleasant yet gripping read. 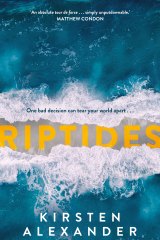 Set in Brisbane in 1974, this tells a story spinning out from one dark moment that can never be recalled or redeemed. Responsible older sister Abby and her feckless younger brother Charlie are driving to their father’s farm in the hinterland when they accidentally run another driver off the road. Going back to check on the wrecked car, they find that the solitary driver, a young pregnant woman, has been killed. In a moment of panic, they drive on, and subsequently pretend they know nothing. From that moment, there is a widening downward spiral in this well-crafted page-turner as more and more people and problems become involved in the investigation. Kirsten Alexander’s suspenseful plot and evocative recreation of the time and place cover a range of topics including police corruption, which becomes a central element of the plot.

Related posts:
March 6, 2020 Lifestyle Comments Off on Who are we when we turn technology off? Urgent questions posed in new book
Celebrity News:
Birds of a Feathers Lesley Joseph on Pauline Quirke not being on TV
Elon Musk got booed on stage at Dave Chappelles show in San Francisco
Gayle King Defends Prince Harry & Meghan Markle’s Netflix Docuseries!
Taylor Swift vs Olivia Rodrigo! | Perez Hilton
Scott Disick 'Regrets' How He 'Handled' Ill-Fated Relationship With Kourtney Kardashian As He Tries To Move Forward
Recent Posts