"I feel like this is starting a new chapter for me"

When it comes to his illustrious Hollywood career, Mark Wahlberg may be ready to hang up his gloves.

During an interview with Entertainment Tonight at the actor’s hometown screening of his new film “Father Stu” in Boston, the 50-year-old admitted that the extended periods of time away from his family have been getting harder and harder.

Nowadays, Wahlberg said a creative project would require substance, like “Father Stu”,  for him to consider leaving his family to film.

“Father Stu” depicts the true story of a washed-up boxer who finds his purpose in life as a priest. As a devout Catholic, Wahlberg was drawn to the project. 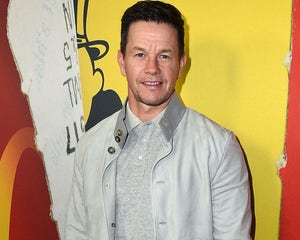 “I feel like this is starting a new chapter for me in that, now, doing things like this — real substance — can help people,” he said. “I definitely want to focus on making more. I wouldn’t say necessarily just faith-based content but things that will help people. So, hopefully this movie will open a door for not only myself but for lots of other people in Hollywood to make more meaningful content.”

Wahlberg confessed that his step away from Hollywood would probably happen “sooner rather than later.”

Mark boasts more than 60 films — and counting — on his resume, but these days it’s getting harder and harder for him to be away from the children he shares with wife Rhea Durham — Ella, 18, Michael, 16, Brendan, 13 and Grace, 12.

“It’s gotta be something special to really bring me, you know, to leave home, to leave those guys behind,” Wahlberg admitted, “because it’s the biggest sacrifice in the making for sure.”

While filming “Father Stu”, the actor lost his mother, Alma. Wahlberg also opened up about how he was able to emulate the characteristics of his role to help him process his grief.

“Well, certainly Stu’s ability to handle adversity with such dignity and grace has helped me to just focus on the good things and celebrate all the wonderful times,” he said. “My mom was so strong even in her most difficult and vulnerable times. She just wanted us to be OK, and if we’re lucky enough to live a long life, we’re gonna all deal with very difficult times and it’s how you deal with those things and embrace those things and more importantly recognizing, seeing the good in other people.”

“This movie’s really touching everybody who sees it because we’re all going through something. These are very difficult times and so to be able to share this with other people and remind people that things can get better … we’ve gotta lock arms and support each other,” Wahlberg concluded.