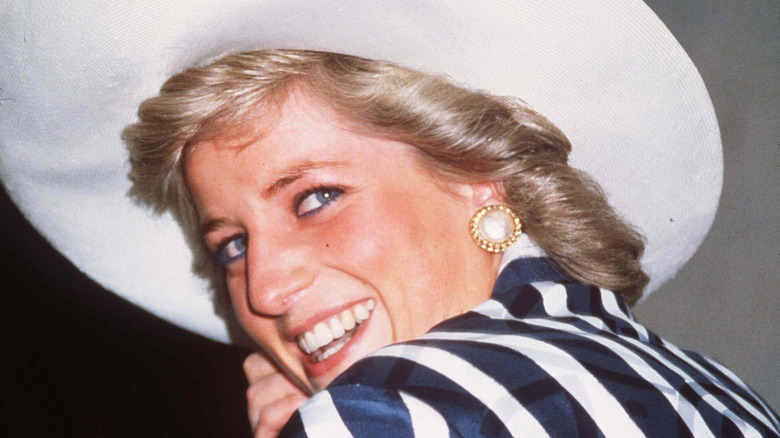 Getting a car as an engagement present is as royal as it gets! In 1981, Prince Charles gave his then 19-year-old fiance a brand new silver Ford Escort, People reports, and now, it will be on display for all to see. Two months before they tied the knot, Princess Diana received the gift and drove it all over London before selling it in August of 1982.

Apparently, the Princess’ car stayed tucked away in a private owner’s garage for the better part of four decades. The auctioneers expect to walk away with a pretty penny for the car — up to $55,000. Lewis Rabett, a spokesperson for the auction company, told the outlet that the vehicle had been in “dry storage” for years. “This is really nice because keeping it stored in a dry barn or garage has kept it in a really nice condition,” he said. “Escorts of that age weren’t like modern cars with really good galvanizing and rust proofing, so a lot of them have just rusted away. Now, 40 years later, you don’t tend to find Escorts at all, let alone ones with the provenance of this car.”

The Ford Escort maintains its original paint, interior and even a custom frog mascot that represented a gift the Princess received from her sister. Harkening back to the classic fairy tale, Lady Sarah Spencer’s wedding present reminded Diana of the Princess and the frog story. “Even the radio is a 1980s Ford radio. Nobody has changed it and fitted a super modern thing, so it’s just as Diana would have driven it,” Rabett continued.

Princess Diana’s silver Ford gained its own notoriety from photos of the Princess in her early days as a member of the royal family. Complete with the same license plate that originally came with the car, the Princess of Wales’ vehicle also maintains the same velvet seats and only 83,000 miles on the dash, according to the BBC.

The public hasn’t seen the vehicle or other items that belonged to her in decades, including her iconic wedding dress. People reports that, around the same time as the car goes up for auction, the monarchy’s latest exhibition, Royal Style in the Making, will open to the public in Kensington Palace.

Dresses made between the years of 1930 and 2011 will be on display all summer long — with Princess Diana’s wedding dress making its first appearance since her death. According to Town and Country, Prince William and Prince Harry loaned their mother’s gown for the occasion. In the exhibit, guests come upon the gown from the back, viewing the iconic train first. A large photo of St. Paul’s Cathedral acts as the backdrop as a way to give attendees a better idea of the whole picture.

The outlet also notes that, due to the delicate nature of the taffeta fabric, the dress will likely only go on display every ten years. Currently, dim lighting surrounds it, as to avoid tarnishing the 40-year-old gown.