Microsoft is working on a new Start menu for Windows 10 that will ditch its flamboyant, and sometimes messy, array of app icon colours in favour of something that looks a little more consistent.

In a nutshell, it seems Microsoft is working to remove the background colours of tiles within the Start menu, putting the actual icons of apps front and centre.

As noted by The Verge, the Redmond firm discussed its plans for the Start menu going forward on the Windows Insider podcast.

The Verge showed images of the new Start menu in action. In both light and dark modes, the iconic tool looks less overwhelming and is certainly stylish thanks to a more constant colour scheme.

Interestingly, the photos of the revamped Start menu don’t show any sign of Live Tiles – a feature that’s been on Windows 10 since its inception.

The idea of Live Tiles is certainly interesting – allow app tiles to be constantly updates to give users new information at a glance. However, with dwindling support for the feature there has been speculation Microsoft could be planning to get rid of them.

However, senior program manager on the Windows Insider team, Brandon LeBlanc, dispelled those claims during the podcast. 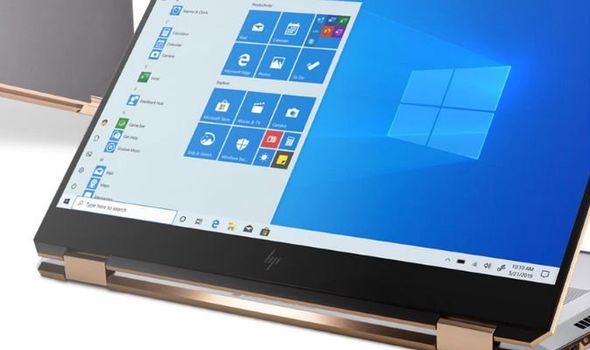 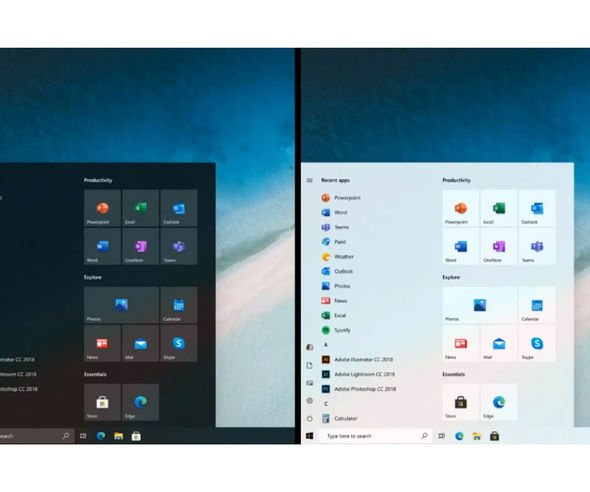 He said: “Live Tiles are not going away, we have not announced anything of the sort.

“Those that enjoy their Live Tiles will continue to be able to do so.”

While the claims from LeBlanc suggest Live Tiles aren’t going anywhere, it’s certainly possible Microsoft will disable them by default on future versions of Windows 10 and allow them to be enabled if the user desires.

After all, Microsoft has already replaced Live Tiles with static icons on its Windows 10X operating system that was announced at the tail end of last year.

As a quick reminder, Windows 10X is the American firm’s operating system designed specifically for dual-screen and foldable devices, many of which are anticipated to release at the end of this year, like the Surface Neo.

Of course, we won’t know what Microsoft plans to do with Live Tiles for sure until the firm releases its new Start menu to all users.

Express.co.uk will keep you updated with all the latest Windows 10 news, so stay tuned!