Woman, 24, welcomes a baby boy after artificially inseminating herself at home with an online kit costing £25 and says going it alone is the ‘best thing she’s ever done’

A woman has had a baby after artificially inseminating herself in the comfort of her home – with donated sperm and a kit costing just £25.

Bailey Ennis, 24, from South London, decided to go it alone and have a baby via a sperm donor because she was desperate to become a mother and didn’t have a desire to be in a relationship.

She found an experienced donor online, who also lived nearby, and purchased an artificial insemination kit for £25. 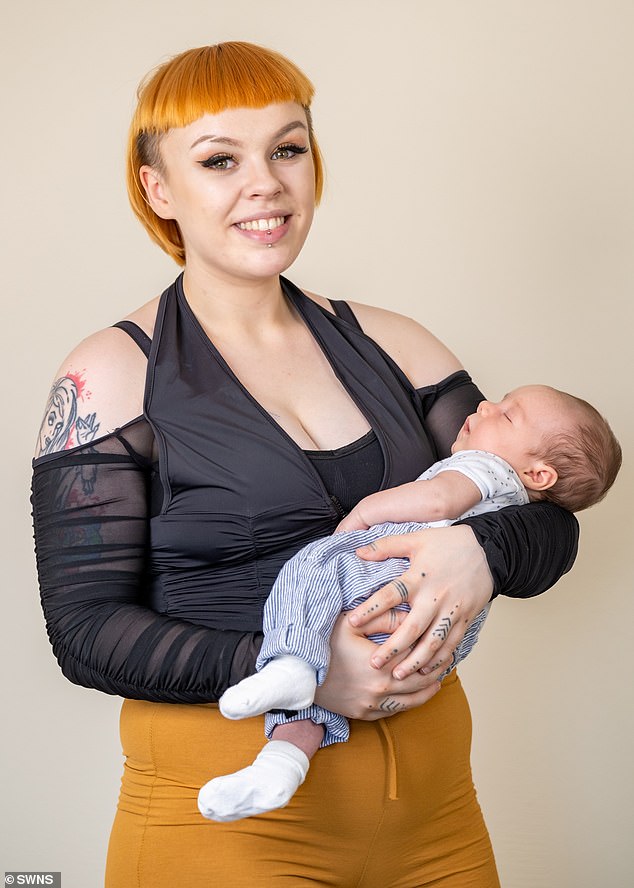 Bailey found an experienced donor online and bought an artificial insemination kit online for £25 before she found out she was pregnant on the first go, in October last year 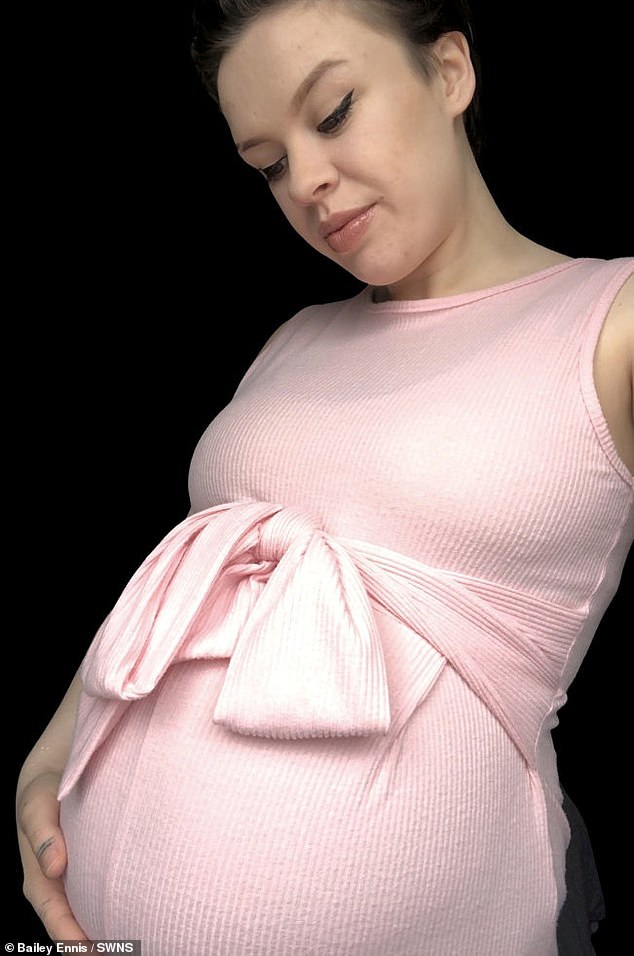 Bailey Ennis, 24, from South London, decided to go it alone and have a baby via a sperm donor because she was desperate to become a mother and didn’t have a desire to be in a relationship

She fell pregnant in October 2021 and welcomed a little boy, named Lorenzo, on July 2. Now Bailey is getting used to life as a single mum and says she ‘couldn’t be happier’ with her decision to go it alone.

Bailey said: ‘Having a baby by myself is the best thing I’ve ever done. Being a mum is wonderful and I am so happy I decided to go it alone.

‘I’ve wanted to be a mum since I was a teenager and as a lesbian, I always knew it would need to be via artificial insemination. I didn’t have a desire to be in a relationship. I just wanted to have a baby. Lorenzo is amazing and looks just like me.’

When Bailey started thinking about the prospect of becoming a mother seriously last year she started going through profiles on sperm donor websites to choose her donor. She was looking for someone with lots of experience and who was healthy. 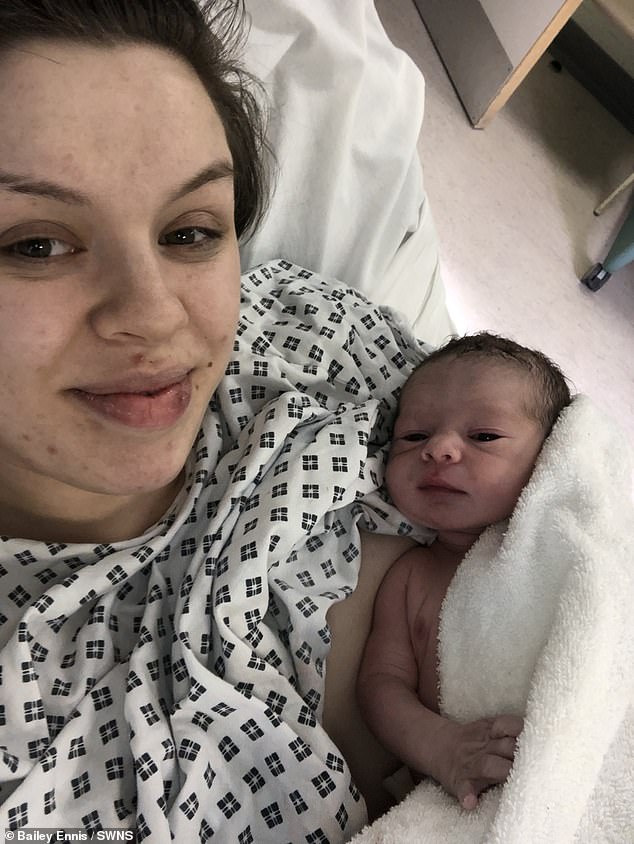 Bailey decided to give birth alone, and said the moment she saw her son Lorenzo she thought he was gorgeous

She explained: ‘I wasn’t looking for particular features, I just wanted someone trustworthy and as healthy as possible.

‘I found someone who had a healthy medical record and had been a donor for two others before for two LGBTQ couples. So we WhatsApped and met up for a coffee before both agreeing he would be my donor.

‘He also agreed to be my donor for more children if I’d like. I want to have blood-related siblings.’ 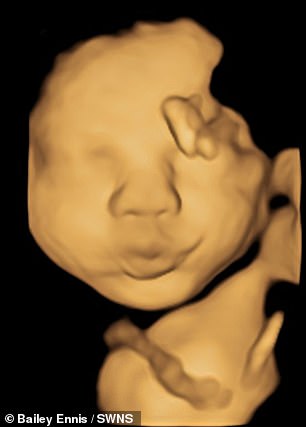 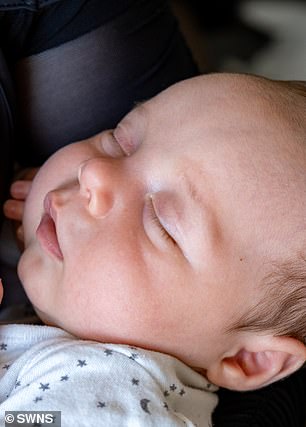 Bailey said her donor came to her home when her cycle was ready and helped her use the kit, which included a sterile cup, syringes and ovulation test. Little Lorenzo in a 3d scan (left and now (right)

Bailey then purchased an artificial insemination kit online for £25 and let her donor come over to her home when her cycle had lined up.

‘It was really easy and not awkward at all,’ she said. ‘He brought over his donation and then helped me use the kit. It has sterile cups, syringes, ovulation tests and that’s it.’

Bailey found out she was pregnant on 31st October 2021 and was overjoyed. 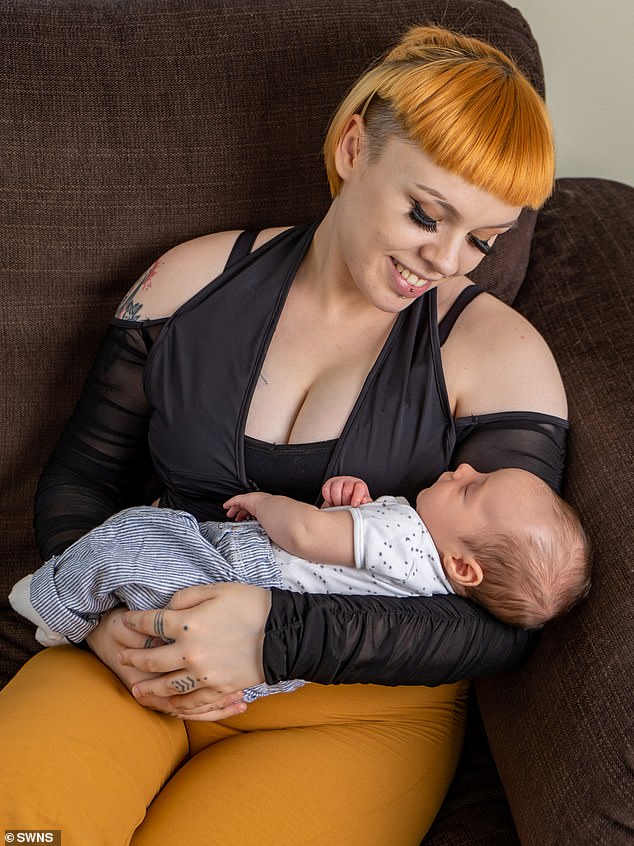 ‘I was so insanely happy,’ she said. ‘It was all I’d ever wanted in life.’

Bailey had a smooth pregnancy and went into early labour at 38 weeks and five days.

‘I was having a few contractions for a few days before I went into hospital,’ she said. ‘Then he came very quickly. I did all alone and didn’t have a birthing partner.

Lorenzo was born weighing 5lbs 2oz, on 2nd July 202,2 and the pair stayed in hospital for two days to check his growth before they were able to come home two days later. 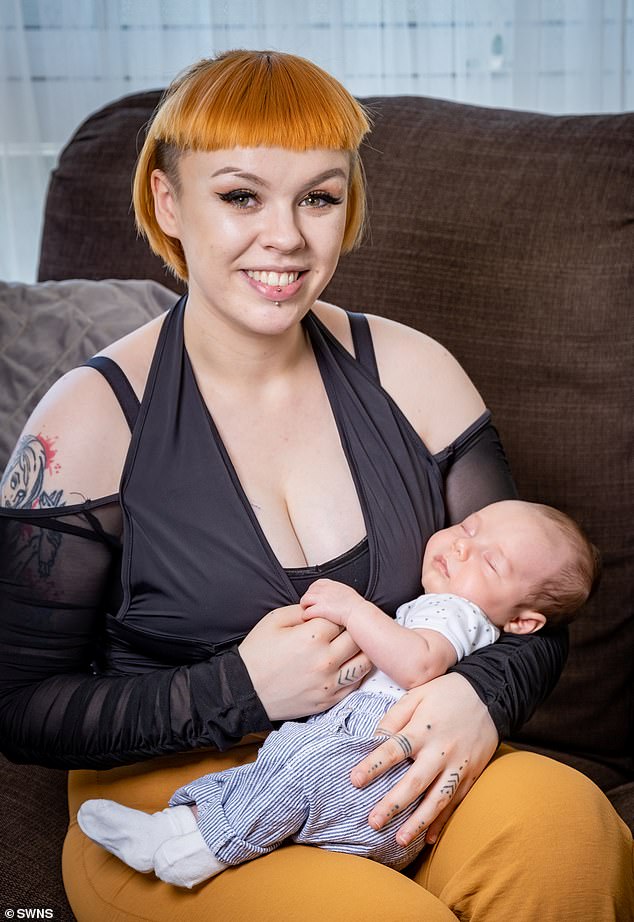 Bailey said she wasn’t ready to be in a relationship but had always wanted to be a mother, and when she’s ready she will meet with the donor again to give Lorenzo siblings

‘He was gorgeous as soon as I saw him. He has my nose, he has big eyes like mine and my brown hair,’ Bailey said. ‘He smiles when he passes wind it’s really cute.

‘I give the donor updates. Lorenzo will know about the donor and will be able to meet him if he wants, at any point in his life. He is definitely going to have siblings when I’m ready. I’m so comfortable and happy being a single mum.’