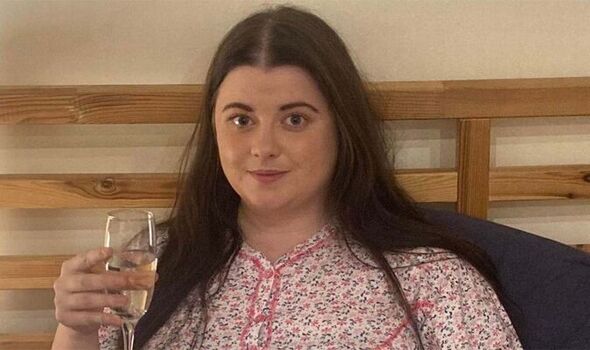 Many people struggle to get off to sleep at night, despite the fact that sleep plays such an important role in overall health. This can be due to a number of factors, including the lack of a bedtime routine to help you relax and wind down after a long day.

According to the Mirror’s Julia Banim, one could do worse than to follow the lead of Her Majesty the Queen, “a famously energetic lady who has continued horseriding and high profile engagements well into her 90s.”

Keen to test the royal regime, Julia documented her experience following the Queen’s bedtime routine. Here is how she got on:

With sleep being a vital component of overall health, I decided to follow Queen Elizabeth’s bedtime ritual as closely as possible without the help of servants or corgis, beginning with a brisk evening stroll.

It’s been reported that, when the Queen finds it difficult to sleep, she will take invigorating walks around the palace grounds. In fact, according to a 2017 article in The Times, a guard once mistook her for an intruder during one of her nighttime promenades, leading him to exclaim, “Bloody hell, Your Majesty, I nearly shot you!”

Such risks aside, taking an evening walk is generally considered to be a solid way to relax. Although I sadly don’t have any sprawling grounds to speak of, I did need to nip to Morrisons which surely adds up to a fair stretch of Balmoral, albeit less scenic.

After returning from my queenly stroll, I showered and slipped into the sort of nightie her majesty might well approve of.

Although we don’t know exactly what sort of thing the Queen wears to bed, Michael Fagan, who broke into the Monarch’s bedroom back in 1982, has given some idea. During a 2020 interview with The Independent, Fagan recalled: “Her nightie was one of those Liberty prints and it was down to her knees”.

I can’t afford Liberty fabric, but I did manage to get a knee-length floral nightdress online – a far cry from my usual mismatched Christmas jammies. The light, feminine prettiness of the nightie strangely did make me feel quite calm, in a nostalgic sort of way that made me want to brush my hair properly and apply eye cream. Then, feeling curiously elegant – and dare I say Royal – I settled in for the night.

As she winds down, Her Majesty will take the time to catch up on her correspondence. According to a 2018 Mail Online article, the Queen often spends some of her evening working on her ‘boxes’, containing correspondence from various government departments in the UK and other Commonwealth countries.

Unfortunately, I’m still waiting on a call from Prime Minister Boris Johnson asking for my thoughts on state affairs, but I find a normal person alternative – Whatsapp.

Being an introvert, correspondence is something I am admittedly quite bad at. As much as I love my friends, I do sometimes find replying to group chats a bit overwhelming after a full day’s work, and am guilty of putting off replies. However, knowing that the Queen would never shirk such duties, I made sure to catch up on all my messages. I felt far better for it.

Then, just like Lizzie herself, I entered full relaxation mode at around 9pm, settling myself down in front of the telly with a warming hot water bottle on my lap. As per a 1992 Vanity Fair article, the monarch always makes sure to pack a hot water bottle on her travels, which is slipped into her bed ready for her. I myself am partial to a hot water bottle however, as a stress head who rarely takes time out to look after myself, I often forget such little luxuries.

Even on a balmy May night, the heat was very soothing, taking me straight to cosy town.

When it comes to TV, the Queen is said to be a fan of shows such as Dad’s Army, Doctor Who, Last of the Summer Wine, and Downton Abbey. I myself settled on Downton, with the lull of the title music and dreamy interiors immersing me in the TV equivalent of a posh and very soapy bath. An excellent suggestion, ma’am.

According to a 2015 article in The Telegraph, Her Majesty enjoys pointing out ‘things they have got wrong, partly because she is familiar with Highclere Castle, where it is filmed’. My own knowledge of stately homes is, sadly, decidedly less impressive.

The Queen’s late cousin Margaret Rhodes has previously claimed that the monarch sips a glass of champagne every night before bedtime. It’s not clear what brand of champagne she opts for, however, as per Town and Country magazine, Bollinger, Krug, Lanson, and Pol Roger, have all been granted royal warrants over the years.

Now, I’m not someone who drinks fizz unless I’m at a party, but this little indulgence intrigued me. I poured myself a glass of prosecco while I kicked back on the sofa, and suddenly felt very regal indeed. While I’m certainly not advocating drinking to help you sleep on a nightly basis, I soon felt my troubles float away and found myself much preferring it to my usual drinking at home choice, rosé. Admittedly, I did pour a cheeky second glass.

By 11pm, the Queen is reportedly all tucked up in bed, ensuring she gets a solid eight and a half hours before her 7.30am alarm. However, before she nods off, she enjoys a bit of reading, with the 96-year-old being particularly fond of Dick Francis, the author of a number of horse-racing centred mysteries.

I’m not entirely sure what she’d make of the novel on my bedside table, Bella Mackie’s darkly comic How to Kill Your Family. However, given that she’s said to enjoy detective fiction, I’m sure she doesn’t mind a bloody narrative every now and then.

I also made sure to read through a few magazine articles about the upcoming jubilee, reading material which I’m sure she’d think very proper.

I love reading myself, but all too often find myself scrolling through Twitter in the last ten minutes of my waking day instead. Dedicating a little spot of me time to reading felt much better, and will definitely be something I’ll be carrying back with me to my regular commoner bedtime regime.

The next day, I genuinely felt more refreshed than I had all week, with a positive mindset I rarely have before 9am. With this in mind, I will definitely be taking on board some of her bedtime rituals going forward.

Like many people, I’m often too busy to think about a nighttime regime per se, and so will often feel unnecessarily stressed up until the moment I shut my eyes. I’ve learnt, of course, that this is counterproductive.

Taking the time for little creature comforts helped put me in the right frame of mind for quality sleep, and I even had more vivid and pleasant dreams than I usually would.

Of course, I may well have to swap the bubbles for lemonade until my Lottery numbers come in…

Related posts:
May 31, 2022 Lifestyle Comments Off on Woman tries Queens royal bedtime routine and sleeps better than she has in weeks
Celebrity News:
Are Princess Beatrices recent events a way to distance herself from her father?
Hoda Kotbs absence from Today explained by Savannah Guthrie as well-known subs step in
The Chicks Postpone Shows As Natalie Maines Placed On Vocal Rest
Kim Kardashian Mocked Over Uncomfortable Office Chairs
Gloria Hunniford rushed to hospital after terrifying fall breaks her eye socket
Recent Posts