Keep your opinion to yourself! Women reveal the WORST backhanded compliments they’ve received – including ‘you’d be gorgeous if you slimmed down’ and ‘you’re smart for a black girl’

A compliment can boost your mood on a low day, but when they’re not meant sincerely, it can have the very opposite effect.

Women from around the world have taken to the secret sharing app Whisper to reveal the worst backhanded compliments they’ve received from loved ones, employers and even strangers.

Many women said they’ve experienced racial stereotyping and have been judged because of their looks.

One woman who lives in Canada, explained that people have said nice words about her face while making a dig at her about her weight.

Another woman believed to be from the U.S, was told that she has a beautiful ‘pregnancy glow’, despite not being pregnant. 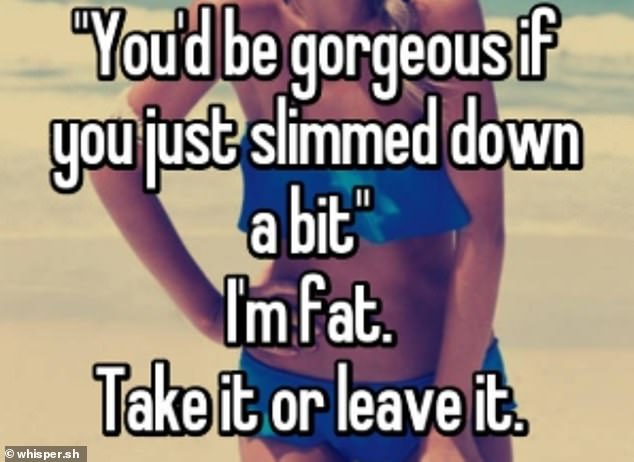 Whisper users from around the world revealed the worst compliments they’ve received, including a woman from Canada who was told to lose weight 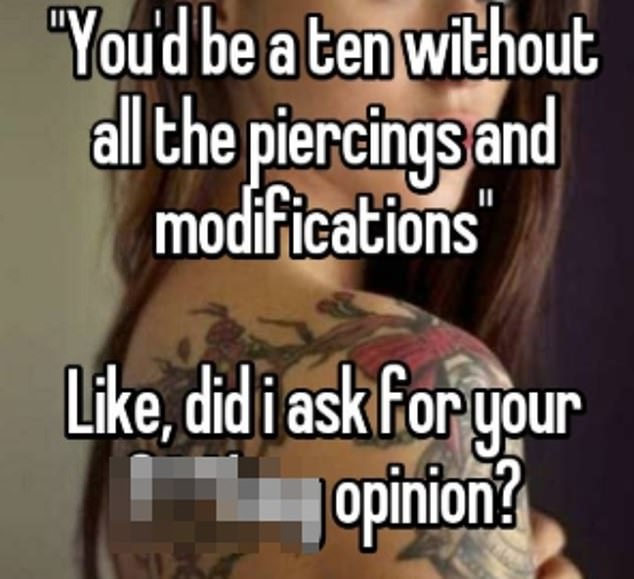 A woman believed to be from America, was told that she would be better looking without her piercings and body modifications 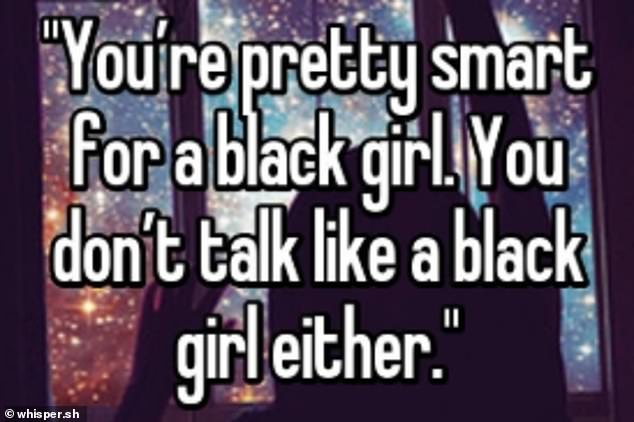 One woman from the UK, said people have been surprised by her intelligence and the way she speaks because she’s black 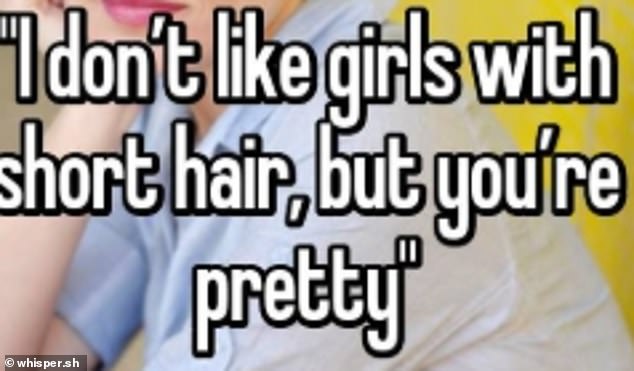 Another woman who lives in the UK, revealed she was told that she’s pretty by someone who doesn’t like her hair length 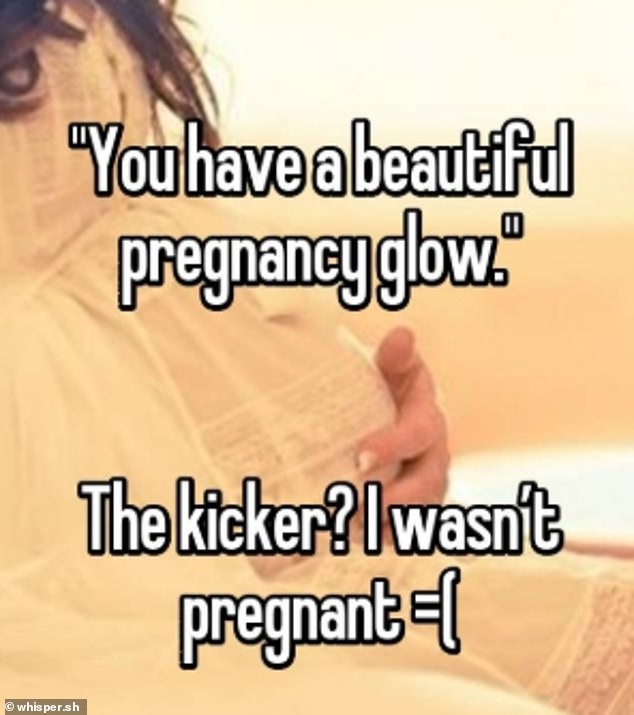 A woman believed to be from America, was told that she has a ‘beautiful pregnancy glow’ despite not being pregnant 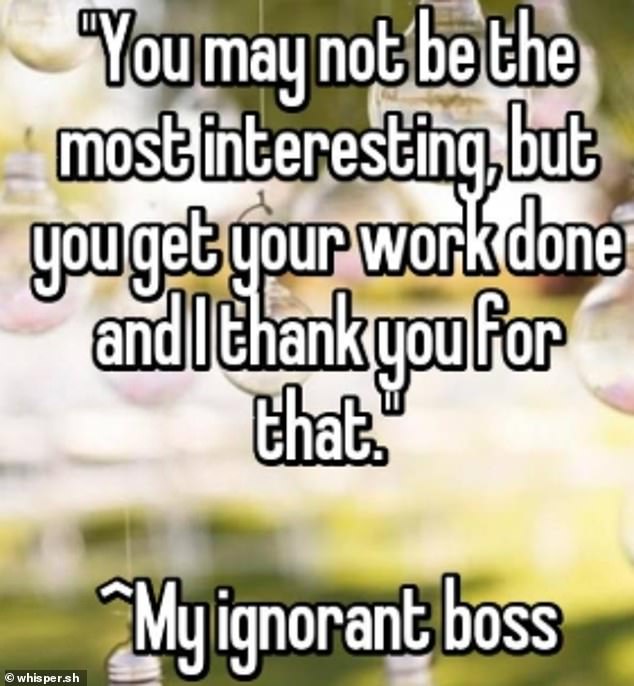 Another woman claims her boss said that she’s not interesting, while also attempting to compliment her work 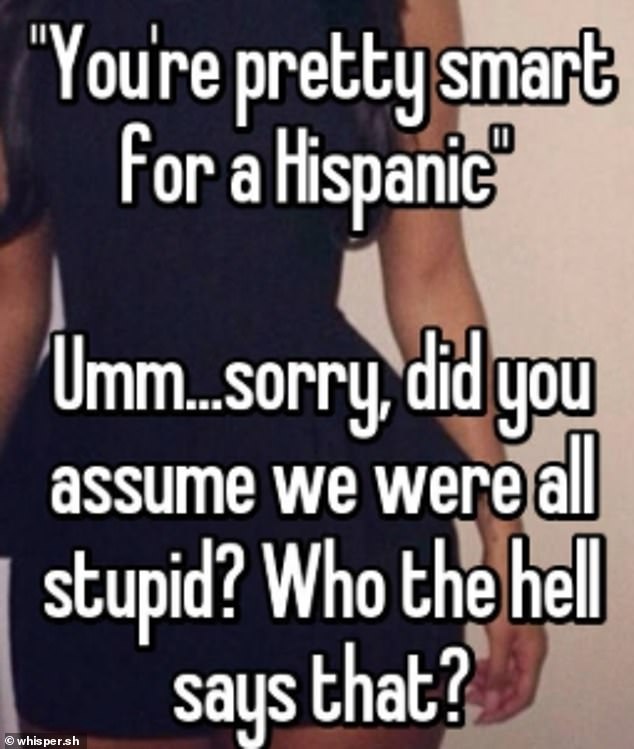 A woman from Colorado, was stunned after receiving a compliment from someone who was surprised that she’s clever because she’s Hispanic 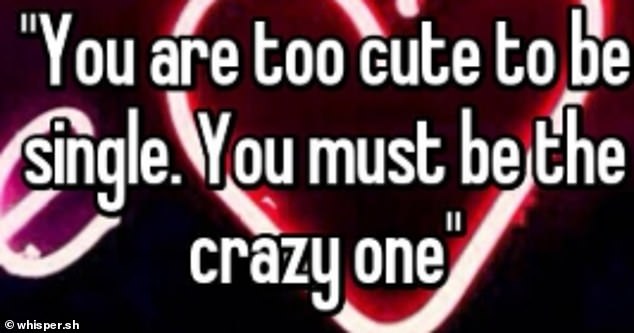 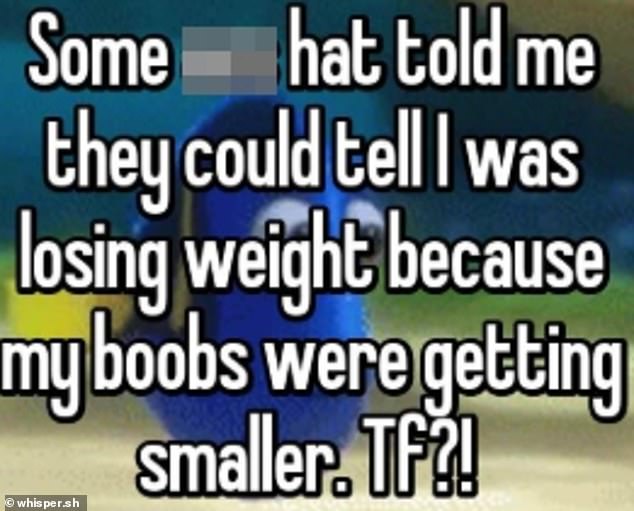 A woman from Pennsylvania, revealed someone commented on the size of her breasts while speaking about her weight loss 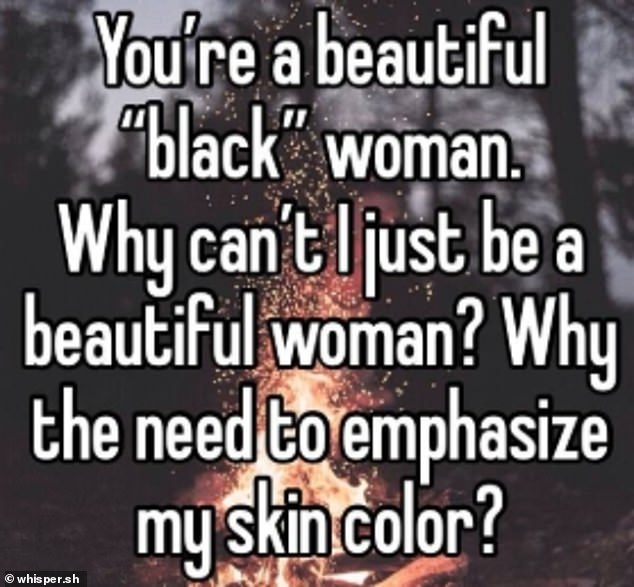 A woman from Florida said her skin colour was emphasized, as someone said ‘you’re a beautiful black woman’

Related posts:
July 10, 2020 Lifestyle Comments Off on Women reveal the WORST backhanded compliments they've received
Celebrity News:
Chrissy Teigen Just Took 1 of Julia Child's Most Famous Dishes to Another Level
New York Dolls Guitarist Sylvain Sylvain Dead At 69
Jordyn Woods Seeks Prayers for BF Karl-Anthony Towns Amid COVID Diagnosis
Khloé Kardashian Needs to Break Up With FaceTune — Especially When She Isn't Using It On Her Face
The Real Reason Trump Met With MyPillow Guy Mike Lindell Again
Recent Posts
This website uses cookies to improve your user experience and to provide you with advertisements that are relevant to your interests. By continuing to browse the site you are agreeing to our use of cookies.Ok