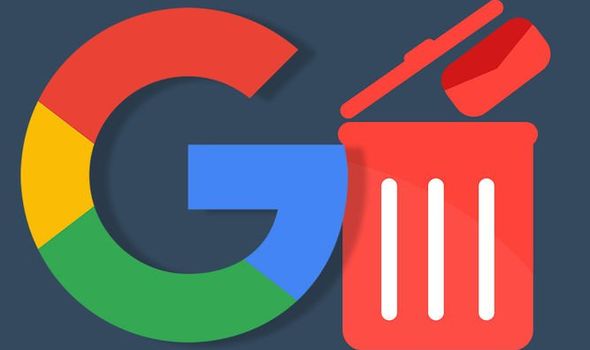 Google is changing things up from June 1 and it could have a major impact on some users of its popular Gmail, Photos and Drive services. The new terms will basically allow the US technology firm to delete personal files stored on its servers without needing any permission to do so.

This dramatic update was first announced back in December 2020 with Google emailing users to explain how the changes will affect them.

“We are writing to let you know that we recently announced new storage policies for Google Accounts using Gmail, Google Drive (including Google Docs, Sheets, Slides, Drawings, Forms, and Jamboard files) and/or Google Photos that bring us in line with industry practices,” Google explained in the email seen by Express.co.uk.

Now, for anyone who has endless private emails or family photos stored with Google, this all sounds pretty terrifying but hopefully, the impact should be minimal.

Google has brought in these changes to enable it to do some serious spring cleaning when users stop using these services and don’t bother to inform the tech giant. 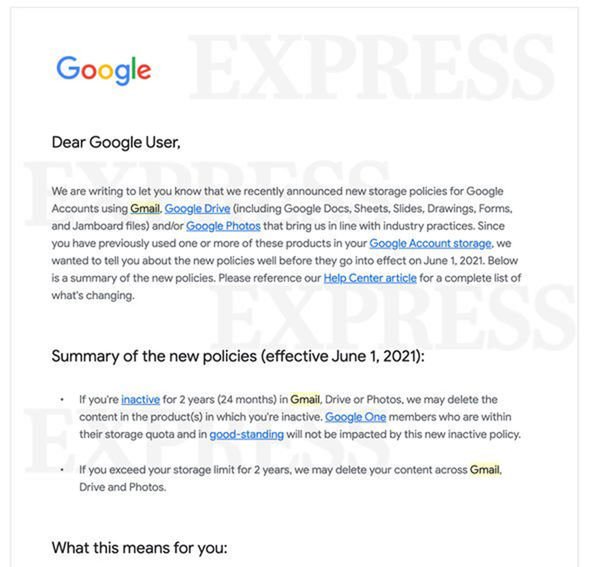 Gmail: Google demonstrate how to block an email address

To combat this data problem Google is now giving users two years to log into their accounts. Anyone who stays away for more than 24 months could then see things disappearing with Google having the option to start removing content.

Users will get plenty of notice before their family snaps are sent to the rubbish bin with anyone affected receiving an email to inform them that their content could be removed so they should have plenty of time to get things in order.

It’s also worth noting that, although the changes come into effect from June 1, no content will be removed until at least June 1 2023.

This is because the new rules don’t come into force until June 2021 and users then have two years to comply.

As always, every Google Account will continue to come with 15 GB of free storage across Gmail, Drive and Photos, which Google estimates should last the majority of its users several years.

Although this change might not please everyone there is better Google news coming later this month. Google CEO Sundar Pichai has told investors to expect some “significant product updates and announcements” during the Californian company’s developer conference

Google IO is scheduled to run between May 18-20 and it could be an exciting few days for fans of the US tech brand.