Silencing the haters! Yung Gravy defended Sheri Easterling after the duo made their red carpet debut at the 2022 MTV Video Music Awards amid her divorce.

Summer Love! Celebrity Coouples Pack on PDA at the 2022 VMAs

“She’s newly single and living her life,” the 26-year-old rapper tweeted on Monday, August 29, in response to a shady message about how the couple caused “quite the internet stir” with their awards show PDA.

Gravy’s comments were in response to a tweet that read: “We would not want to be @AddisonRae today as she’s trending alongside her mom @sherinicolee 👀 Sheri is causing quite the internet stir after attending the @vmas as @yunggravy’s date and showing lots of PDA on the red carpet.” 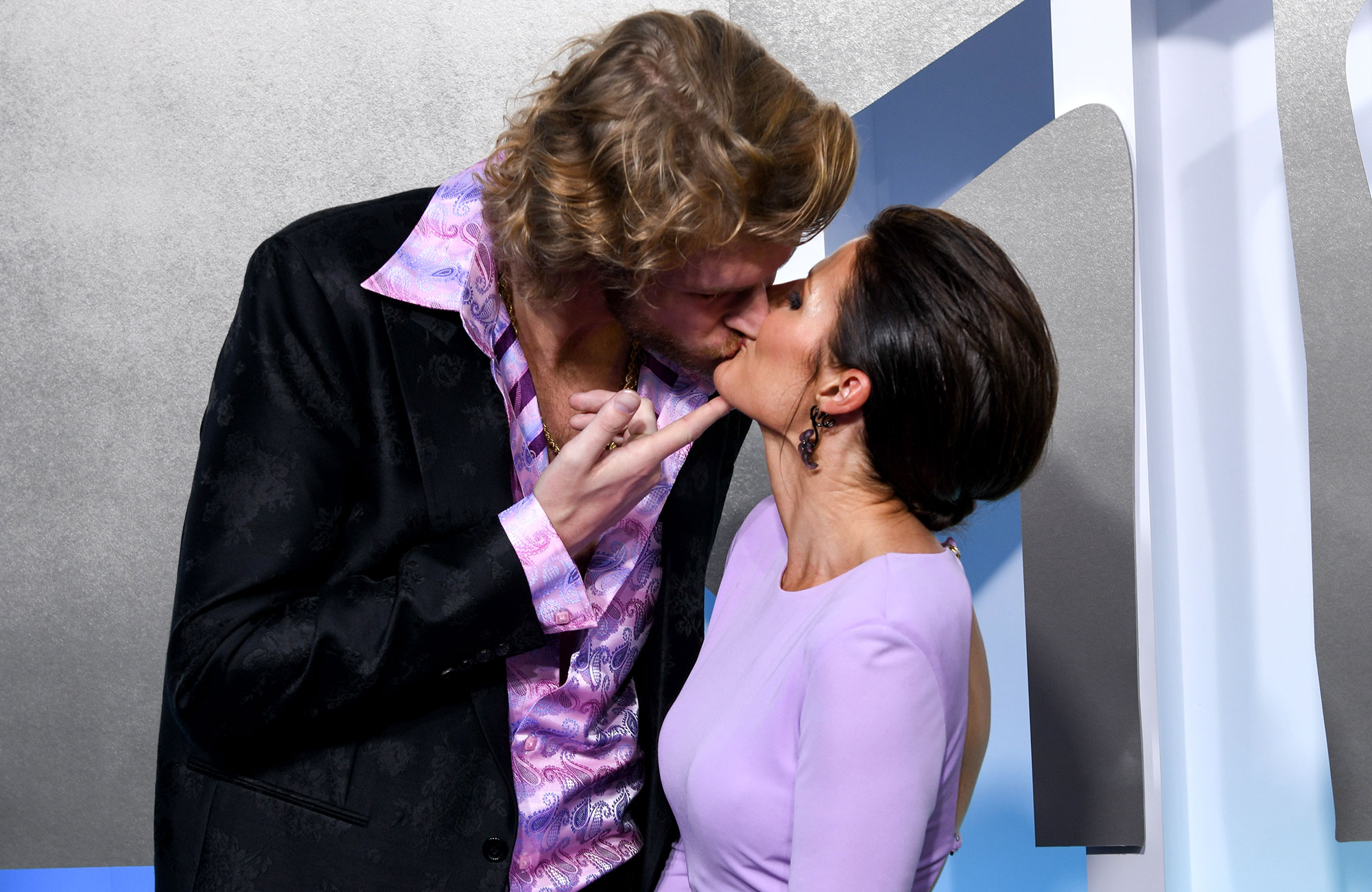 The “Betty” singer made headlines on Sunday, August 28, when she stepped out with Addison Rae’s 42-year-old mom at the VMAs in New Jersey. The twosome turned heads as they packed on the PDA — kissing for the cameras — while walking the red carpet in matching lavender ensembles.

“We met online and we connected right away,” Gravy said during an interview with MTV’s Nessa Diab on Sunday. “You know, I’m from the furthest north it gets and she’s from the furthest south it gets. I’m into MILFs and she’s kind of the queen of MILFs, so I figured it was just the perfect match.”

Easterling’s romance with the “Always Saucy” musician came one month after news broke that her estranged husband, Monty Lopez, allegedly cheated on her during their marriage. In July, a woman named Renée Ash claimed that she dated Lopez, 46, and that he lied about his marriage being over. (Lopez, for his part, did not publicly respond to the accusations.)

The social media star, for her part, addressed the news about her personal life via her Instagram Story that same month. Easterling — who shares Rae, 21, and sons Enzo, 14, and Luca, 8, with Lopez — didn’t, however, directly speak about the alleged affair.

“Personal matters being brought public are always challenging and overwhelming for anyone involved,” the TikTok star said in July. ‘I will be OK. My biggest concern is — and always will be — my children and their fragile hearts and minds. I will always do my best to protect them.”

Easterling has since changed her Instagram bio to “single mom” and seemingly moved on with Gravy after flirting on social media last month.

Lopez, for his part, commented on his estranged wife’s new beau via his Instagram Story on Sunday, claiming he is “Unbothered!” by the new romance. “Thank you @youngravy for taking the leftovers!” he wrote alongside a shirtless mirror selfie.