Celebrity parents have to make very careful decisions about when and where to expose their children to the public eye — if they do at all. We can tell that Gabrielle Union and Dwyane Wade were very deliberate about bringing 12-year-old transgender daughter Zaya Wade to the Truth Awards at the Taglyan Complex in Los Angeles on Saturday night.

Wearing coordinated outfits designed by Richfresh, father, daughter, and stepmother took to the stage and explained why they were there, at a little publicized event honoring members of the Black LGBTQ community and providing youth scholarships.

“It was really important for Zaya’s first red carpet to be celebrating Black excellence in her community,” Gabrielle Union explained to the audience.

It’s no coincidence that two of the examples of that Black excellence being honored were their good friends, celebrity stylist Jason Bolden and his husband, interior designer Adair Curtis, who have been an important part of Zaya’s coming out. In explaining this, Dwyane Wade revealed a little more of how his family has supported Zaya from the start.

“When our 8-year-old daughter Zaya Wade came home and said she had something to tell us, when she came out to us as a family, we admit that we weren’t as educated on the LGBTQ+ community as we should have been,” he said in a video Bolden posted on Instagram. “So, we immediately picked up the phone and reached out to our good friends Jason and Adair. They helped us navigate the right language to use, the questions to ask, and what to listen for.”

This echoes what Wade had said last month to Ellen DeGeneres about how he and Union reached out to their community to help them answer Zaya’s questions. We had no idea until now that this process began quite a few years ago. It also sounds like Bolden and Curtis gave the Wades some advice that not many parents would think of right away if they hadn’t experienced something similar themselves.

Big night at the #TruthAwards2020 to celebrate our friends @jasonbolden @adair_curtis receiving the Business Leadership Award. We are incredibly proud of them and grateful for their presence, love & light in ourselves. @richfresh kept us FRESHHHHH in custom suits and @lorraineschwartz laced us with gorgeous jewels for the special occasion. It was an EPIC night filled with so much love & a real sense of community. It was important for Zaya to be a part of such a beautiful night & reminding her of all the love & support she has. We were moved to tears so many times throughout the night. So much gratitude ❤??

“They also reminded us to make sure Zaya knew her community and felt the love and support inside and outside of her home,” Wade said at the Truth Awards. “From working closely with Zaya to design her rooms in our homes to making sure that her most authentic self was represented and that her bedroom felt like a sanctuary. That may seem small, but them taking the time to make sure Zaya felt seen and heard as she created her own space for us was key. It was key to Zaya’s comfort and her confidence. And along the way — they don’t know this yet — but they became her trusted, self-chosen godfathers.”

When we post stories like this, we often get snide comments from readers who wonder why anyone should care that a celebrity’s child is gay or transgender. This is why: People like Union and Wade have resources others don’t. They can share what they’ve learned with other parents who might not have many LGBTQ friends, but still want to be their for there children just as much as the Wade family is there for Zaya. Would everyone instinctively know how much designing a bedroom would mean for a young kid finding their identity? Being heard and feeling comfortable can make a huge difference in an adolescent’s life.

What’s also important here is that Union and Wade aren’t standing up there telling everyone to listen to their advice about raising an LGBTQ child. They’re amplifying the voices of others.

“You gotta know when to shut the hell up and pass the microphone, like I’m about to do right now,” Union said.

Enjoy these other times Gabrielle Union and Dwyane Wade were #parentgoals. 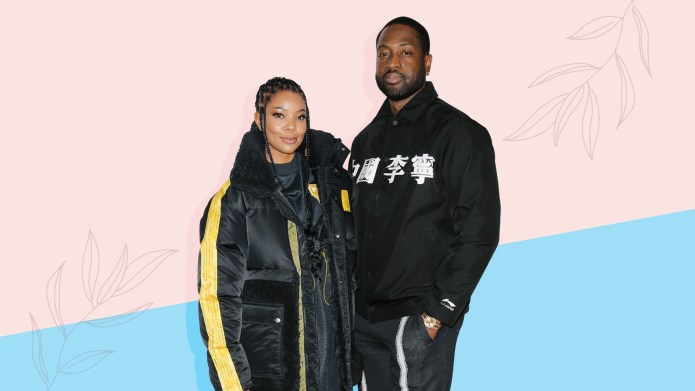 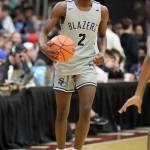 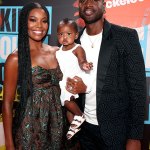 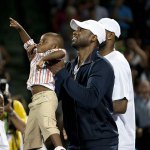 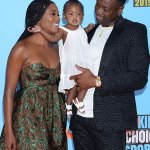