Kim Basinger, Jenny McCarthy and Sharon Stone are just a few of the actresses who posed for the men’s magazine 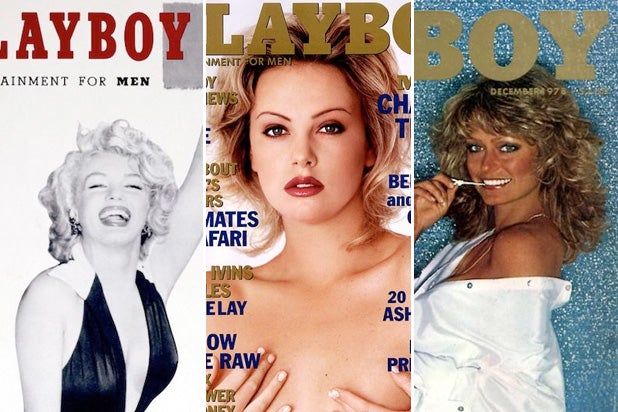 We look back at some of the stars who appeared nude in the late Hugh Hefner’s iconic magazine Playboy.

The legendary star appeared nude in the first issue of Hefner’s magazine.

The “Charlie’s Angels” star made waves with her cover.

Hot off her 1979 R-rated hit “10,” Bo Derek appeared the following year — without the cornrows.

Basinger did her famous Playboy shoot in 1981 but it appeared two years later  around the time of her stint as a Bond girl in “Never Say Never Again.”

Just as the Material Girl was taking off in her film debut “Desperately Seeking Susan,” Playboy published nude pics from 1978 when she was a struggling artist in NYC.

Stone appeared around the time she starred in “Total Recall.”

The “Baywatch” star also graced the cover of the magazine’s “final” nude issue in 2016.

The model was paid $20,000 to pose for Playboy — and parlayed that into a lucrative career on TV.

The actress unsuccessfully sued Playboy when it published nude shots from her early days as a model.

The former Bond girl (“The World Is Not Enough”) posed just five months after giving birth.

The former child star did a pictorial in 2012 inspired by Marilyn Monroe’s shoot for the first issue.