With England and Scotland’s final group games at Euro 2020 taking place on Tuesday following the nations’ dull 0-0 draw last Friday, Alex and Jermaine were keen to discuss the fallout. The One Show hosts quickly discussed how Chelsea and Scotland midfield Billy Gilmour would be absent from the country’s final group stage with Croatia after testing positive for COVID-19, as well as England’s chances of topping the group as leaders. However, with the games taking place on ITV, Alex couldn’t resist a jibe at the BBC’s rival broadcaster.

The moment came after Jermaine brought up Billy Gilmour’s positive result, telling Alex: “Covid has struck, unfortunately, by the looks of it.

“He’s contracted Covid so he’s having to isolate now,” The One Show host added before revealing it had an impact on some of England’s squad too.

“News coming in just now,” Jermaine went on. “Some of the England players are having to isolate.

“It’s not come through yet whether they’ve actually contracted Covid,” he told Alex, “it’s obviously for safety reasons.” 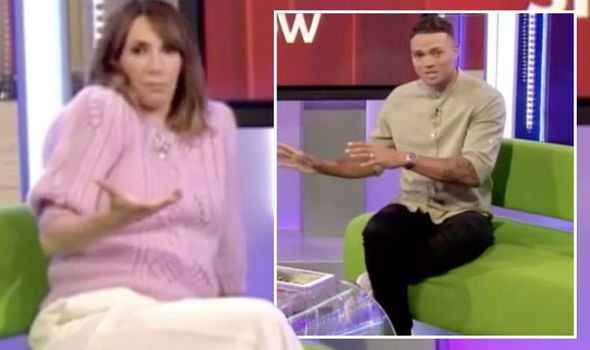 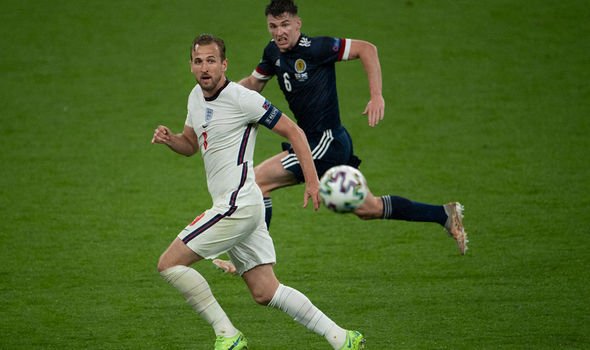 Despite Gilmour’s absence, Jermaine had his “fingers crossed” Scotland would beat Croatia and hopefully join England in the knockout stages.

Feeling sympathy for the young footballer, Alex weighed in: “Yeah, that is really tough for them.

“And for him, he must be devastated,” Alex said as Jermaine agreed.

Taking the conversation going down a different route, Alex decided to bring up England’s record in televised games. 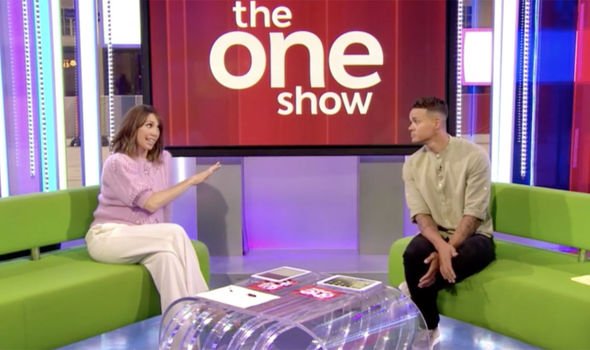 “A few people, right, and this isn’t an exact science,” Alex began.

“But apparently, England win far more games when the games are covered on the BBC rather than ITV,” she added, looking perplexed down the camera.

However, not wanting to be drawn into a slanging match against the BBC’s rival network, Jermaine stopped Alex in her tracks.

“Yeah, let’s just leave that there, Al, shall we?” Jermaine said. “Let’s get on with tonight’s show.”

DON’T MISS:
Alex Jones snubbed by The One Show guest over schedule change
Tom Jones says ‘can’t look at myself naked’ in x-rated Gogglebox chat
Alex Jones breaks down in tears after emotional One Show segment

However, the swipe at ITV may well be justified in the eyes of some BBC viewers and England fans.

Since the World Cup in France in 1998, England has indeed racked up a much more impressive win record when playing on the BBC rather than ITV.

On ITV, however, it’s a very different story, playing 24 games and only winning four times.

England has drawn 12 games in that time period on ITV as well as losing eight games while being broadcast on the network.

And with England needing to beat the Czech Republic on Tuesday evening to guarantee they top the group, fans may be disheartened the match will be broadcast on ITV.

Scotland will take on Croatia in their final group match which will be broadcast on ITV4 – coverage for both matches starts at 7pm on Tuesday, June 22.

The One Show airs weekdays at 7pm on BBC One.