It seems like just yesterday that Katie Thurston was making out with a dude in a cat costume, and now here we are: Spiraling over spoilers from Michelle Young’s season of The Bachelorette. Michelle is currently in the thick of filming, and we already know that this season is going to hit a little different. And by that I mean, instead of being trapped at a resort with no escape and several dozen horny suitors, Michelle actually gets to enjoy multiple filming locations! Not to mention public dates! Which brings us to contestant Joe Coleman, who Michelle seems pretty damn into.

So, what do we know about Joe? Not *that* much (it’s still early days!), but let’s dig in. Just please be advised that there are some spoilers in this article, so if that’s not your thing, now is probably a good time to meander away from these parts.

Joe Is from Minnesota

Which is super convenient considering that’s where the bulk of Michelle’s season is being filmed (the cast and crew just moved into the Marquette Hotel in Minneapolis after starting the season in Palm Springs, California). It’s also super convenient because Minnesota happens to also be where Michelle is from, meaning she and Joe have at least one thing in common! 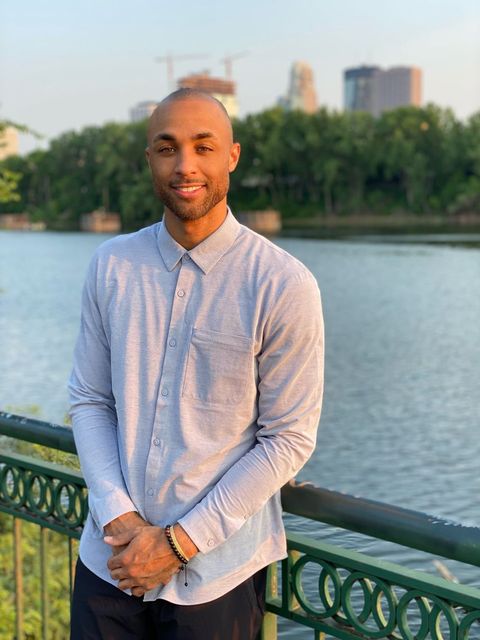 And he’s had a super successful career considering he’s just 28. According to local Minnesota news site Bring Me the News, Joe was 2011’s Minnesota Mr. Basketball, and he played for two years at the University of Minnesota before transferring to Saint Mary’s College in California. Meanwhile, Michelle is also an incredible player, and was even a finalist for Minnesota’s Miss Basketball award.

Looks like The Bachelorette is leaning into her love of the sport, because one of her first group dates was basketball-themed:

On location with our #TheBachelorette pic.twitter.com/MmMGe4KRAt

Joe and Michelle Have Already Been Spotted Kissing

Joe and Michelle were seen on a one-on-one date at Target Field for the Twins vs. Rays game this past weekend—and spoiler source Reality Steve posted a ton of photos and videos of them throwing out the first pitch, kissing (!!!), and hugging.

Some more from the first pitch throw out… pic.twitter.com/nnj3TFAjmA

Michelle isn’t anywhere near the end of her season (filming goes until mid-September and will likely feature a new location for Fantasy Suites and the Final Rose Ceremony), but if she went on a date with Joe this past weekend, we can assume he’s a fave.

Back on August 8, Steve revealed that Michelle was in-between Rose Ceremonies #2 and #3: 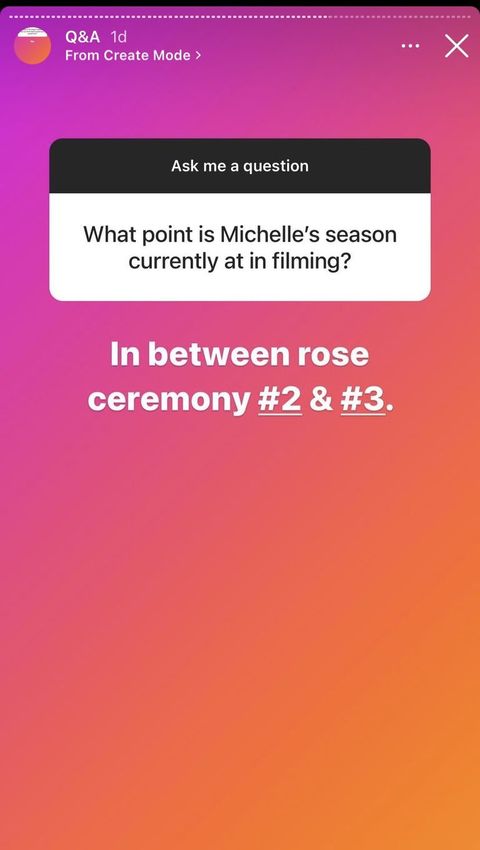 And Michelle and Joe’s date came about a week after Steve’s post. So, assuming Joe got a rose at the end, it seems fair to assume he made it through Rose Ceremony #4. Note: Katie had ~11 men left after Week 4 on her season, in case you want an idea of Joe’s competition.

He’s Not the Only Minnesota Athlete on Michelle’s Season

Bring Me the News notes that ex-Vikings offensive lineman Bryan Witzmann is also a contestant this season, and he also happens to be from Minnesota. This indicates that ABC is making a more concerted effort to connect their leads with people that they could actually date longterm after the show ends. You know, instead of putting Michelle—who is a devoted teacher to a classroom full of cute kids—in a position where she might have to move. (Katie Thurston and Blake Moynes are currently navigating the fact that he lives in Canada and she lives in the United States.)

But his account is private, and probably will stay that way until the season is done filming. But still, go ahead and follow Joe @jcol3.

Check back here for more details on Joe throughout Michelle’s season—including how far he makes it. The cast and crew are expected to be staying at the Marquette Hotel in Minneapolis until August 29, according to Reality Steve, so it’s possible we’ll get to see more public dates soon!