Antiques Road Trip expert Paul Laidlaw had a lucky find in a recent episode of the BBC show, when he spotted a Georgian glass on sale for a shockingly low price. While searching an antiques shop Paul came across a glass on sale for just one pound. The item immediately caught his eye and he explained to viewers why it was such a bargain. Later on, the true value of the glass was revealed.

Antiques Road Trip follows antiques experts who compete against each other to see who can turn the biggest profit with an initial budget of £200.

Paul and fellow auction expert Christina Trevanion were travelling through Hertfordshire, Buckinghamshire and the West Midlands on the hunt for items they could put to auction.

But, it was Paul who spotted a hidden gem in the form of a seemingly worthless glass.

“That’s all I’m buying,” the expert told viewers, adding: “Oh wait a minute, you’ll maybe want to know why and what.” 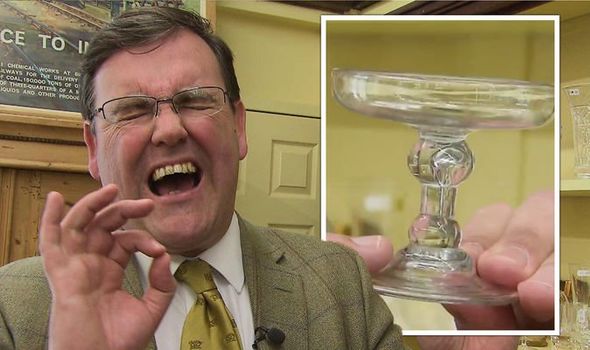 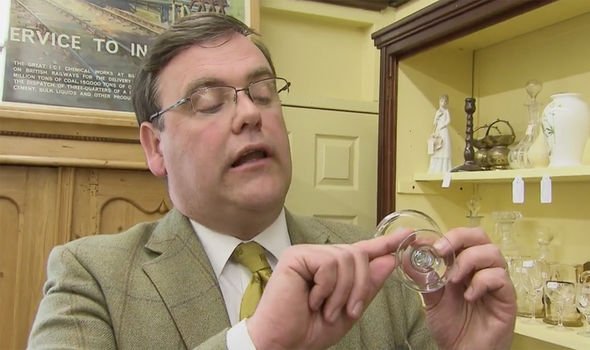 He held up the small glass to the camera, highlighting that it was priced at just one pound.

Paul began telling viewers about the item, saying: “It dates to 1740/1750. And it’s an incredibly scarce little Georgian English glass.”

He described the glass, explaining it was like a miniature cake stand: “It’s like a tiny little sweetmeat dish.”

Paul continued: “You’ve got the little bowl there, and trust me – this absolutely delicious little knopped stem and it sits on a domed and folded foot. 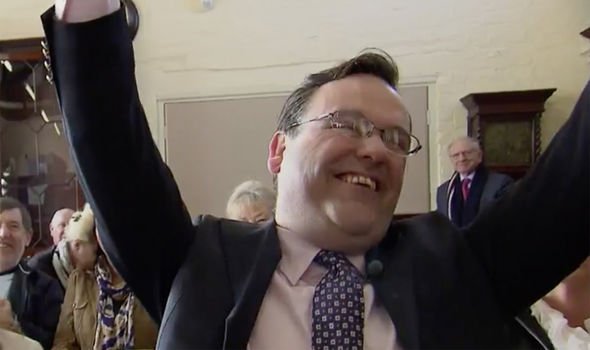 “A folded foot is one in which the glass has been turned back on itself to give a double-thickness at the edge.

“That is serendipity. It’s also a colossal bargain. The truth of the matter is that it’s worth, to a specialist client, one hundred pounds of anyone’s money,” he revealed.

Paul seemed amazed at how the glass was in plain sight in the shop, as he exclaimed: “I kid you not – three paces from the door.”

Later on, a delighted Paul was proved right when the item went to auction as the bidding started at £110.

A number of bidders were interested in the Georgian glass and as a result, the bids shot up higher and higher.

“I told you,” Paul commented as the bidding amount continued to climb past the £300 mark.

“Slightly over-estimate,” the auctioneer remarked as the glass eventually sold for £360.

Even Paul himself appeared amazed at the final selling price of £360.

However, he proudly enjoyed his victory, saying: “That was my moment.”

“Would you like a piece of cake?” Christina asked, suggesting they celebrated the sale.

Episodes of Antiques Road Trip can be viewed on BBC iPlayer.