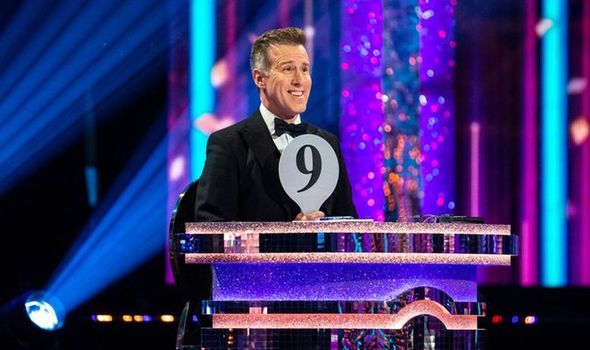 Anton joins Motsi Mabuse, head judge Shirley Ballas and Craig Revel Horwood as the BBC One show’s judging panel. Last year, Anton briefly stepped up to be a temporary judge as Motsi Mabuse stepped away to travel to Germany.

And this year he will swap his dancing shoes for his scorecards as he runs the rule over the celebrities competing for the Glitterball Trophy.

Over the years, Anton has become arguably the most recognisable pro on the show – and he has given viewers much pleasure, so we’ve taken a look at his career in numbers… as get ready to dish out lots of 10s.

The number of partners he’s had on Strictly Come Dancing.

In season one, he was partnered with Lesley Garrett, before Esther Rantzen a series later, and Patsy Palmer in series three.

Jan Ravens came next, followed by Kate Garraway, and then Gillian Taylforth.

Laila Rouass was in series seven, with Ann Widdecombe in series eight, and Nancy Dell’Ollio in series nine.

Jerry Hall was in series 10, with Fiona Fullerton next up, followed by Judy Murray, Katie Derham and Lesley Joseph.

To see how good it is at transforming home learning for parents, we’ve negotiated an exclusive 20 percent off price to make it £15.99 for the first month.

See if you like it first and sign up to a 7-day no-obligation free trial by clicking here. If you want to sign up for a month at a time or even a year, you can do that here but don’t forget to use the promo code “MATHS20”.

His highest average score for a season of Strictly came in series 17, with Emma Barton.

EastEnders star Emma and Anton managed an average of over 31 – way up on his lowest, 12, with Susannah Constantine.

Lesley Garrett was second with 29 average points. The pair came third in series one.

It has not been all plain sailing for Anton, though.

He has partnered with eight celebs who’ve brought him an average of less than 20, which represents 50 percent of the total points available.

Anton may have been a Strictly veteran, but it took him 17 years to land a perfect “10” from one of the judges.

Talk about hard work paying off!

In week 9, at Blackpool, dancing an American Smooth with Emma Barton, he scored his first ever 10s.

He followed it up with three “10s” a fortnight later, and then managed another in the semi-final.

In the final, Emma and Anton bagged scores of 39, 38 and 39, with multiple 10s cast throughout the evening.

Anton has managed scores of 39 out of a possible 40 – his highest – both alongside Emma Barton, with the Charleston and Viennese Waltz.

He has never received a maximum.

Those scores are a far cry from the 17 he managed during a Charleston with Ann, and the 24 he managed with Judy Murray’s Viennese Waltz.

Anton has one Glitterball Trophy victory to his name but you may not remember it.

In 2008 he won the Children in Need 2008, special dancing an American Smooth with Tess Daly.

He managed four top-four finishes over the years – coming second in series 17 with Emma Barton, third with Lesley Garrett in its inaugural season, and 4th in series 7 and 13 with Laila and Katie.

Anton has been a judge on two weeks of Strictly Come Dancing so far, as he stepped in last year for a fortnight while Motsi Mabuse travelled abroad.

Anton gave out four “10s” last year – to Clara and Alijaz for their Charleston in week four, and Bill and Oti for their Street to Rapper’s Delight.

HRVY and Janette also picked up one for their Salsa, before in week 5, Anton awarded Jamie Laing and Karen Hauer a perfect score for their Street.