PETER Weber’s mom now has her sights set on Kelley Flanagan after she shockingly SLAMMED Madison in the finale after wanting Hannah Ann as her daughter. 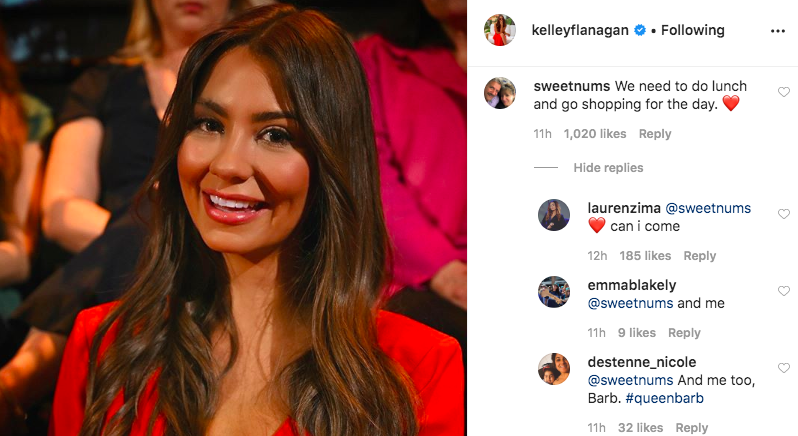 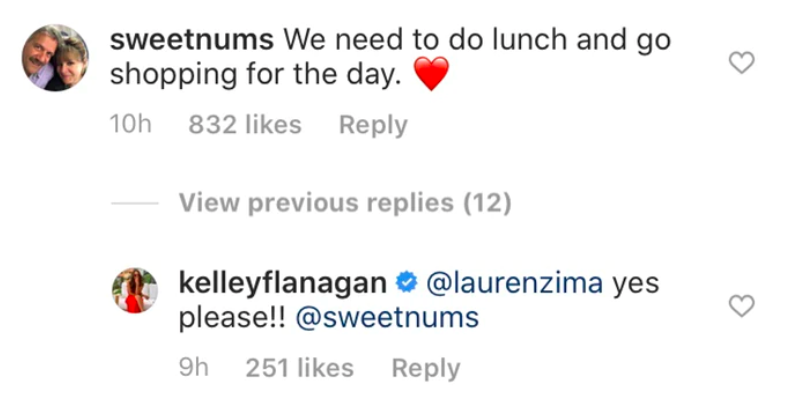 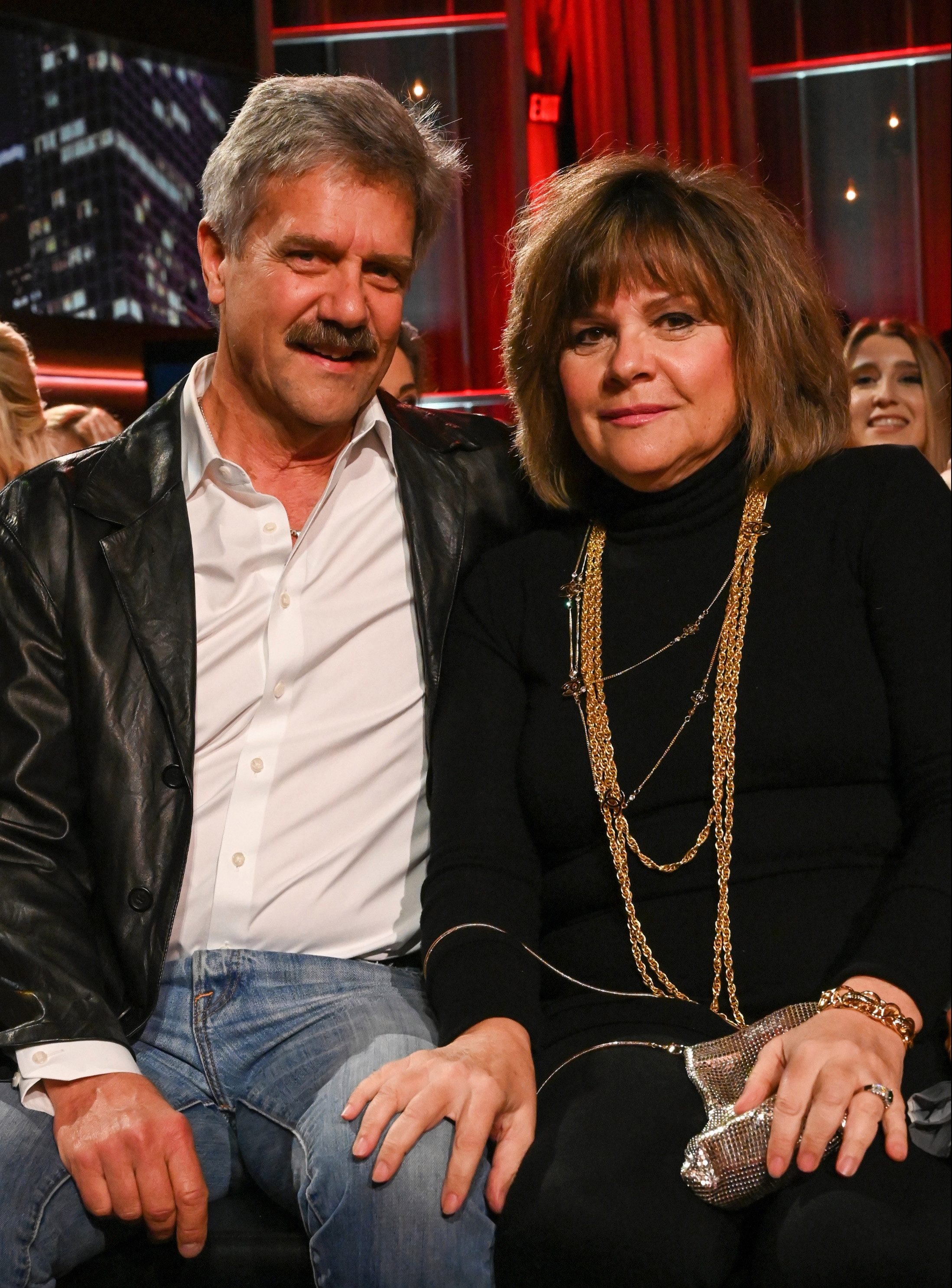 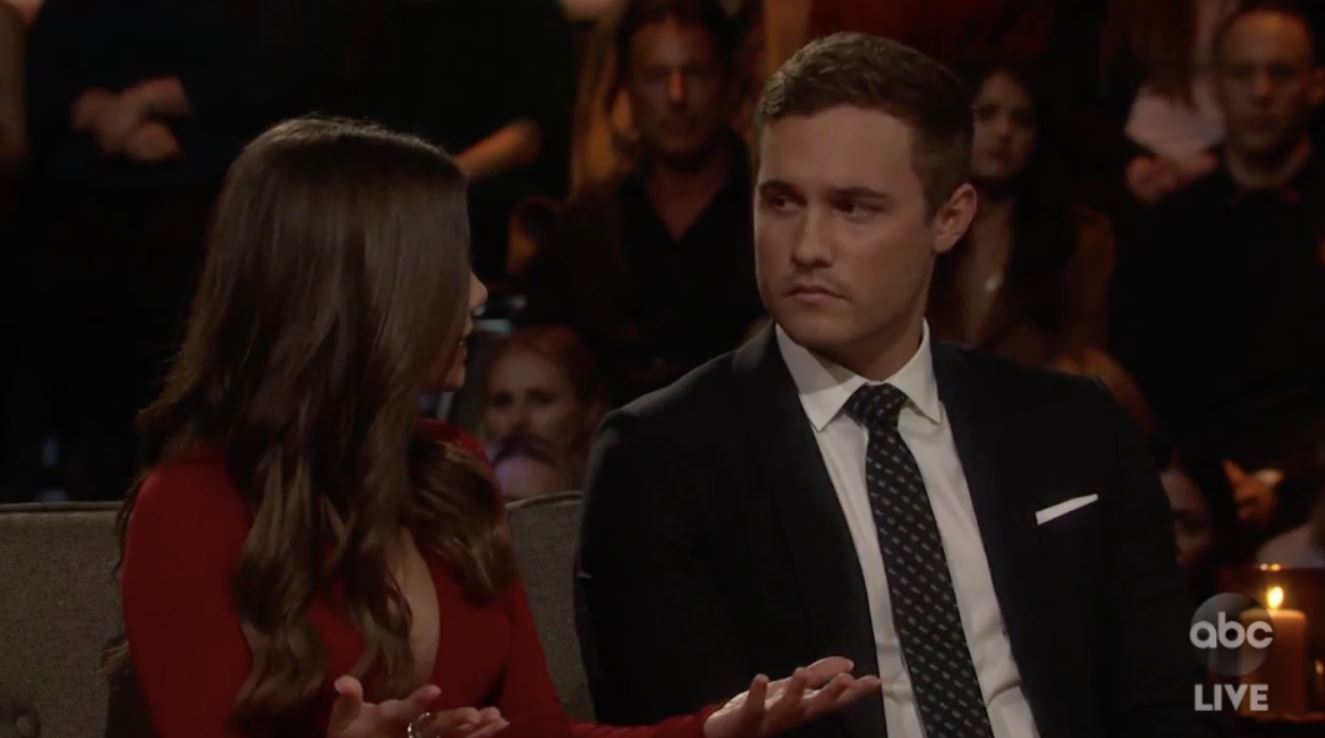 The outspoken mother-of-two showered the 23-year-old model with praise all night and continued the streak of showing love to her son’s ex’s.

Barbara wrote multiple comments on contestant Kelley Flanagan’s Instagram posts from last night’s finale and even asked to hang out with the Chicago attorney.

“The most beautiful, elegant, classy, intelligent, stylist girl in the world!!! You were and will always be my fav rav,” Barbara said on a picture of Kelley smiling from last night’s studio audience.

In another post, Kelley concluded her Bachelor journey: “That’s a wrap! What a great experience and will always be grateful for the opportunity to join season 24!” 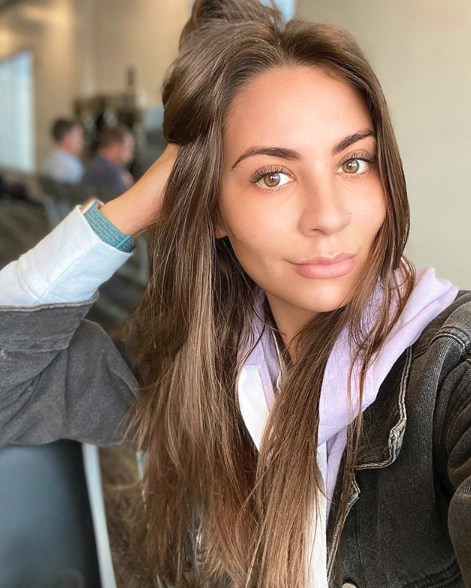 Peter’s mom came back to the comment section again and asked to hang out with the reality star: “We need to do lunch and go shopping for the day,” she wrote with a heart.

The brunette lawyer agreed to the girls day and wrote: “Yes please!!!”

Kelley was sent home by Peter in Lima, Peru one week before he was expected to meet her family during hometown dates.

Fans of the “unbothered queen” have wanted her to get back together with the LA pilot all season but last night showed Peter rekindling with Madison. 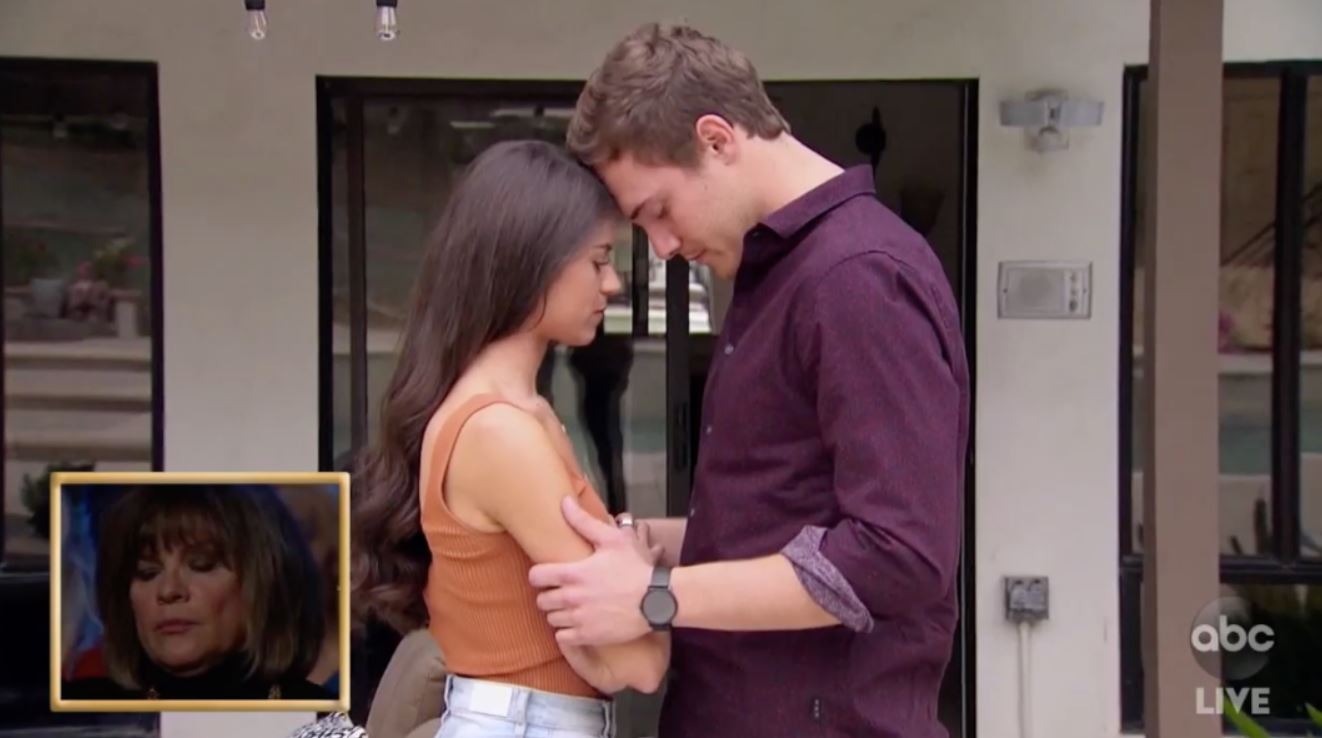 The ABC leading man proposed to Hannah Ann only to DUMP her one month later after he confessed he still had feelings for Madi.

After Chris Harrison, 47, flew to Alabama to convince Madison to chase after a now-single Peter, the couple got back together.

The pair were together in the hot seat as they updated viewers on their current relationship status: “I know how we both feel about each other, and I think taking it one step at a time.

"Whatever this turns into… do we have a million and one obstacles? Probably,” Peter told Chris. 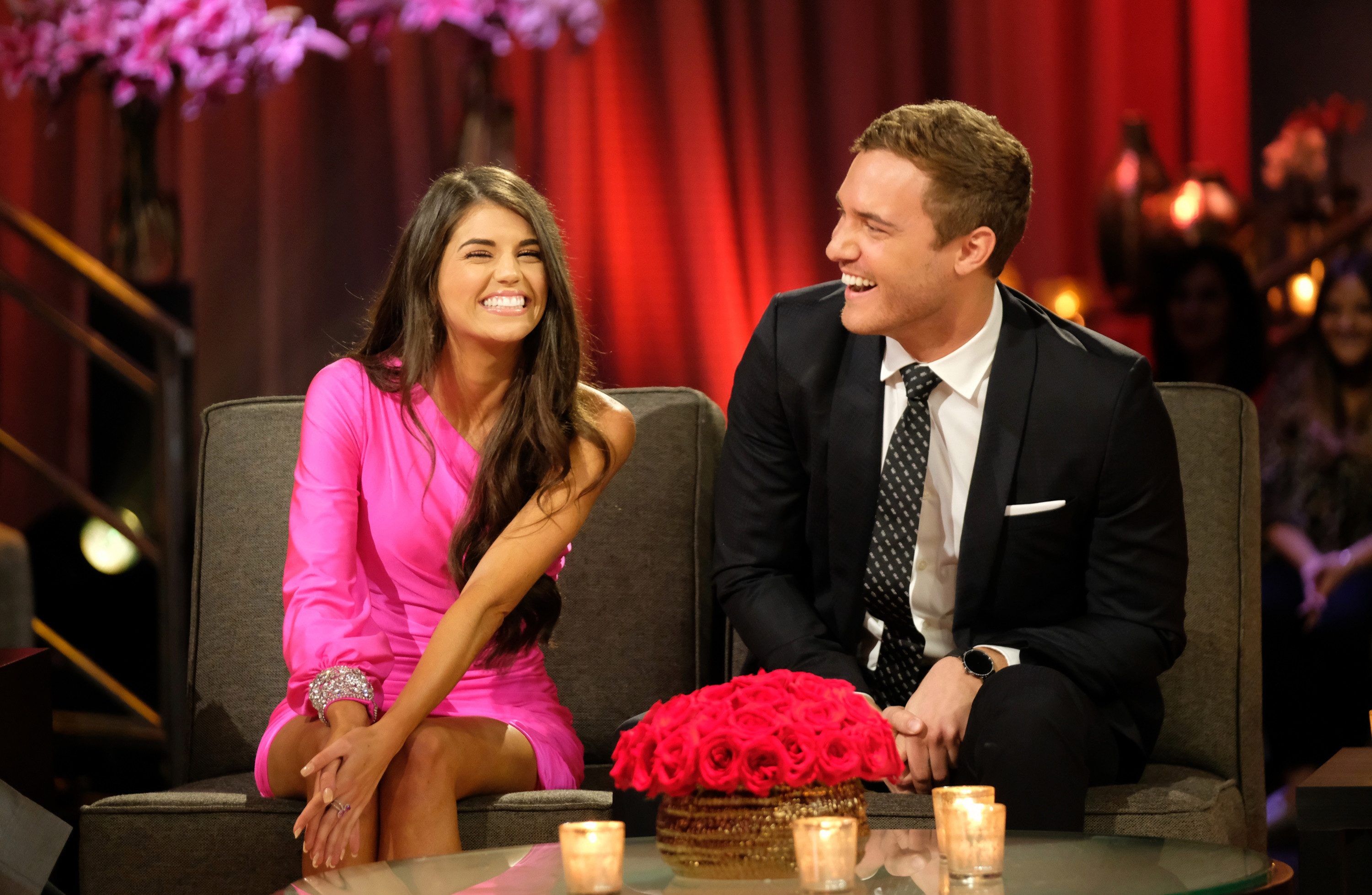 When the franchise’s longtime host turned the table to the family, Barbara did not hold back about her disapproval.

”When I said I wanted Hannah Ann so badly, it was because… we just clicked right away. We did not have that connection with Madison.”

When Chris asked how they can proceed to move forward, she blasted her son: "he's going to have to fail to succeed. 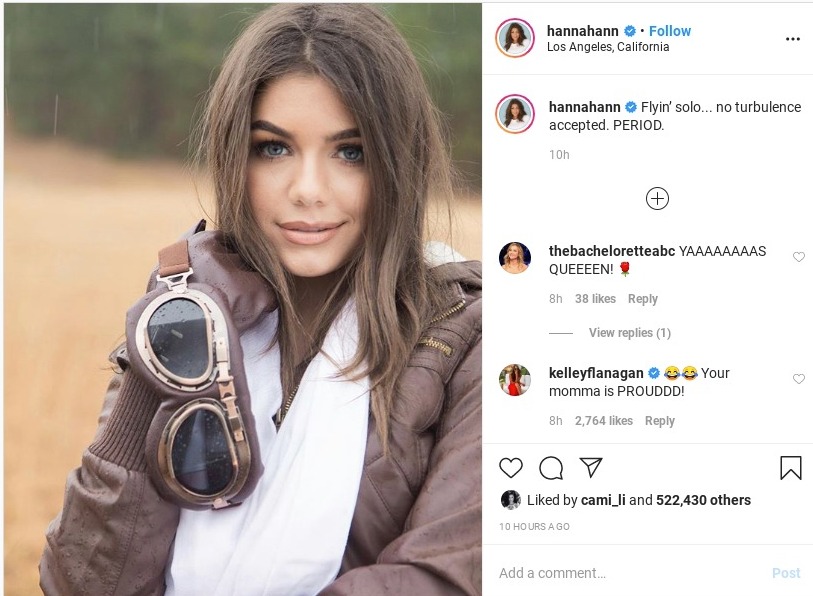 "Everyone that knows him knows it's not going to work," she said to a shocked audience.

Hannah Ann already showed she’s moving forward after the blue-eyed brunette posted a picture of herself dressed in a pilot outfit.

With a pair of aviator goggles on her shoulder, she gave the camera a flirty smile, she wrote: "Flyin' solo … no turbulence accepted. PERIOD."