Few on-screen duos are as iconic as Marty McFly (Michael J. Fox) and Doc Brown (Christopher Lloyd). Throughout three classic movies, the pair journey through the past, present, and future. And one of cinema’s most beloved trilogies, Back to the Future, was born. Yet, the original 1985 release once featured a very different ending. 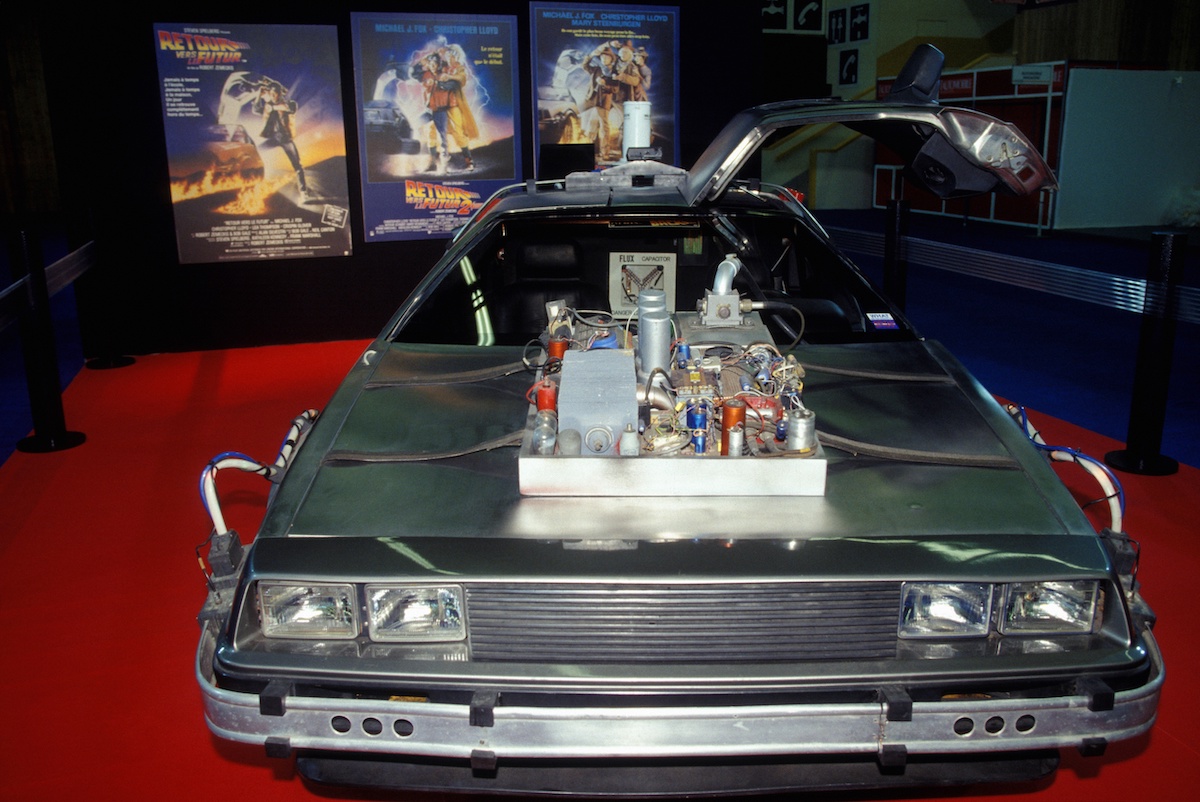 Even in the current age of reboots, sequels, and remakes, Back to the Future is one of the only properties that seems untouchable. For years, director Robert Zemeckis and his creative team have denied rumors of a fourth film, stating that it will never happen on their watch.

For fans, it’s difficult to pinpoint exactly what makes Back to the Future so special. Time-travel movies were nothing new at that point. And cinema already had a long history of adventuring duos. But perhaps it was the scope of these three continuous stories and their playful, light-hearted approach that helped them stand out.

To be sure, a huge part of what makes the Back to the Future trilogy work is its cast. Fox and Lloyd left such indelible impressions on moviegoers in 1985. And it’s difficult now to picture anyone else in those roles, despite Eric Stoltz’ initial casting as Marty. Now another actor who auditioned for that role has shed some light on an earlier version of Back to the Future.

Jon Cryer — who’s recently been playing Lex Luthor on The CW’s Supergirl — recalled the version of the Back to the Future script he read during his audition. And in a recent Twitter thread, the actor explained how the movie’s finale was completely different from the final version.

Apparently, the time machine wasn’t always a DeLorean but a more traditional time machine. However, this device needs nuclear fission to run, in addition to — strangely enough — Coca-Cola. Marty sneaks onto an atom bomb test site, Cryer said, to gain the necessary power.

There Marty encounters a recreation of an American neighborhood. And one home, fortunately enough, has the Coca-Cola he needs to start the time machine. But in the final moments, Marty panics and hops into a refrigerator to ensure he survives the explosion that sends him back home.

Steven Spielberg repurposed the original ending for another movie

As Cryer points out, that refrigerator trick later popped up in 2008’s Indiana Jones and the Kingdom of the Crystal Skull. In fact, that sequence is one of the most heavily criticized in the film. Notably, Indiana Jones director Steven Spielberg also served as an executive producer on the Back to the Future trilogy.

So it seems Spielberg filed that idea away to use another time once Back to the Future went in another direction. Given the general fan response to the fridge moment in the fourth Indiana Jones, we’ll bet Zemeckis is glad he and co-screenwriter Bob Gale opted against it. But will the upcoming Indiana Jones 5 feature any accidental tie-ins to Back to the Future Part II?

Related posts:
August 2, 2020 TV and Movies Comments Off on 'Back to the Future' Almost Featured a Very Different (and Strangely Familiar) Ending
Celebrity News:
23-Year-Old NFL Star Cameron Smith Learns He Needs Open Heart Surgery After Testing Positive for Coronavirus
The Who Launching ‘Join Together @ Home’ Vintage Concert Series
Siena Agudong Really Wants a Leading Role In This Kind of Movie
Taylor Swift Earns First No. 1s On Alternative Albums, Hot Rock & Alternative Songs Charts
Kanye West Lays Out 2020 POTUS Plans: Support Faith-Based Groups, Reform Legal System & More
Recent Posts
This website uses cookies to improve your user experience and to provide you with advertisements that are relevant to your interests. By continuing to browse the site you are agreeing to our use of cookies.Ok