In a first-look clip of an upcoming episode of Bargain Hunt, auctioneer Charles Hanson discovered an Easter Egg dating back to 1924 during a visit to a house in Derbyshire. When the egg went under the hammer on the BBC programme, it smashed its estimate value of £200 to £300, selling for £800 to a museum in Devon.

The chocolate Easter egg was well past its sell-by date when it was sold and dates back to 1924.

Charles explained to presenter Charlie Ross in the episode, which airs in June, how the chocolate egg managed to survive for nearly a century.

Speaking about where the egg came from, Charles began: “It’s amazing what we come across in house clearances, it is an egg. It is a chocolate Easter Egg.

“It belonged originally to a young girl called Christine Lilian Metcalf, and when she was two in 1924, it was given to her by Aunt Polly.” 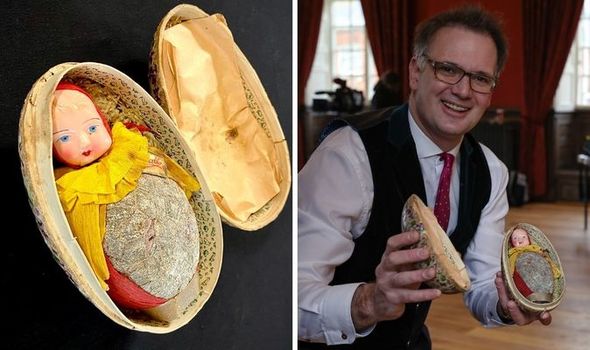 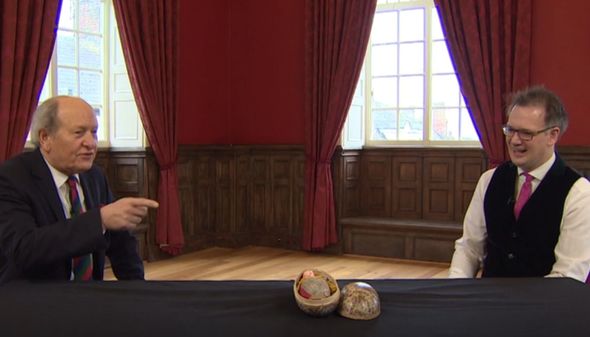 He continued: “It was made by a factory called Pascall’s, they were the leading chocolate confectioners the mid-Victorian times.

“You can see within the Easter Egg here you’ve got this very attractive doll’s head, but the actual body of the young doll that’s chocolate.”

“This would have been quite a posh present, wouldn’t it?” host Charlie asked.

Charles replied: “Novelty was all the rage in the 1920s and this chocolate egg really would have been made for a fairly high-class market.” 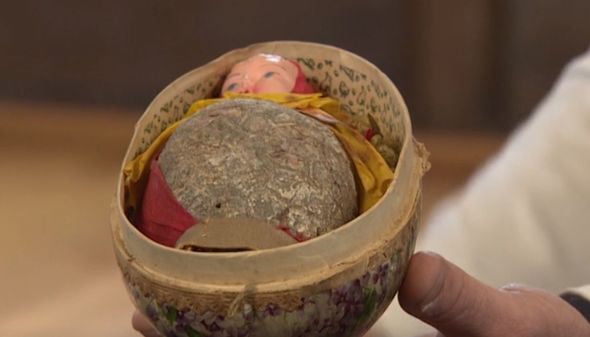 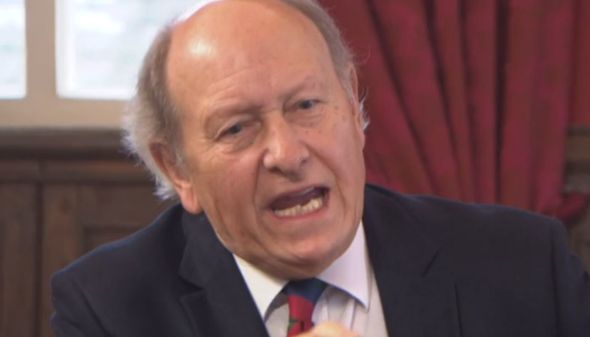 Having been treasured for almost a century, the rare egg still remains in good condition.

“We do know on the market sometimes, these old objects survive but of course, they were made to be eaten,” Charles added.

“They were very edible so for a young girl 1924, she just adored this as a doll.

“She put it away, she tucked it away in her chest of drawers and it lived on and on and one and now in its 98th year it’s still here.”

Going on to discuss how the doll was dressed, Charles explained: “It’s like Little Red Riding Hood, you’ve got this little tissue bonnet here in red and remarkably this sort of scarf.

“It’s faded, it’s discoloured and obviously the chocolate has slightly stained the paper.

“But, what’s amazing is, it’s in its original eggshell, which is card. They saw World War Two come and go.

“It endured 10 house moves as well. The shell hasn’t crushed or cracked even.”

When asked about its value on the programme, Charles Hanson said he expected the egg to sell for two to three hundred pounds.

The auctioneer explained: “It’s in remarkably complete condition, with its casing as well. I think to many collectors, this egg really belongs in a museum to celebrate the food fancies through the decades.”

At the auction in Etwall near Derby, buyers scrambled to purchase this piece of history and the hammer price of £800 surpassed all expectations.

The successful bidder was the Bygones museum in Torquay, Devon.

It joins the museum’s collection of unusual historical items and antique food, which includes a Christmas pudding made in 1900.

Viewers can watch this episode of Bargain Hunt in June, although the show airs daily at 12.15pm on BBC One.