The first episode of Belgravia airs tonight and the ITV drama tells the story of two families from very different backgrounds who are brought together when a secret from 25 years comes back to haunt them all. Executive producer Gareth Neame and writer Julian Fellowes joined forces for the smash hit Downton Abbey and now the pair have worked together again for this six-part period drama.

Belgravia, which has been adapted from Julian’s book of the same name, centres on the upmarket area of London in the 1840s.

However, the story, in fact, begins 25 years earlier on the eve of Napoleon’s battle against the Duke of Wellington at Waterloo.

In tonight’s opening episode, British society gathers for a ball in Brussels ahead of the battle and the Trenchard family unexpectedly receives an invite.

Wellington’s chief supplier, James Trenchard (played by Philip Glenister), is an eager social climber who started out as a humble London market trader but has visions way above his station. 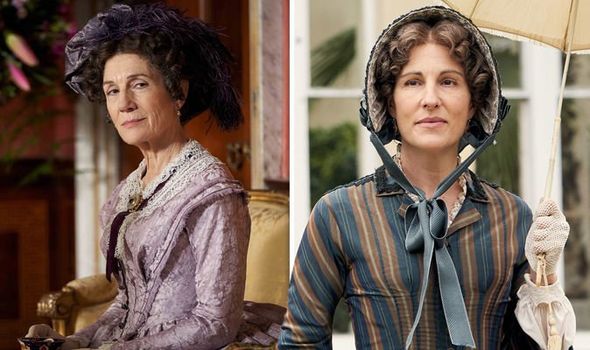 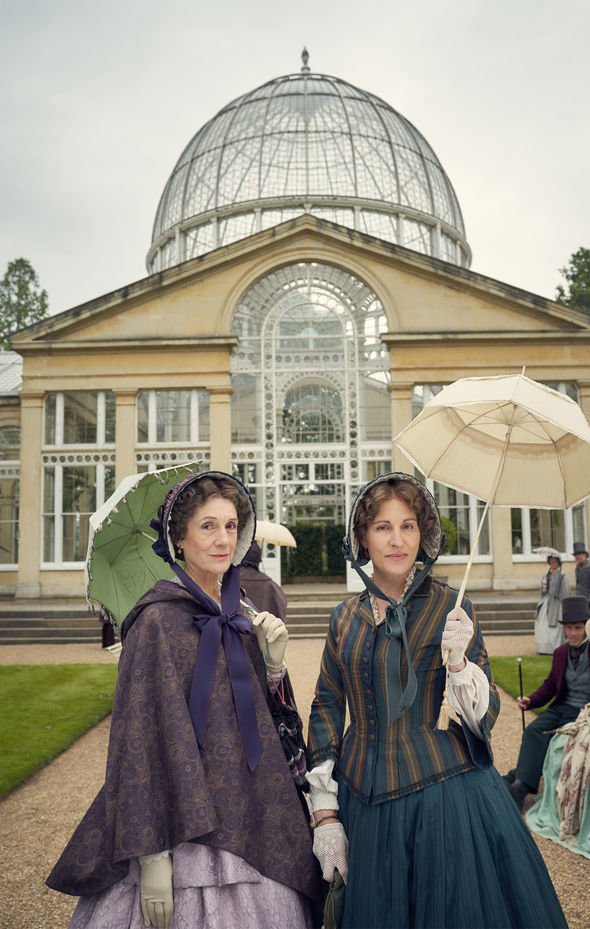 James used the war against Napoleon as a way to alleviate himself to a higher social standing but his persistent aspirations leave his wife Anne Trenchard (Tamsin Greig) exasperated.

Sophia Trenchard (Emily Reid) procured invitations for her family to attend because she is in love with Lord Edmund Bellasis (Jeremy Neumark Jones), who’s aunt is hosting the ball.

However, she has no idea the true repercussions that would be felt after that night, despite warnings from her mother, Anne.

Years after the ball and ensuing battle, Anne is invited to afternoon tea held in Belgravia where she is introduced to Lady Brockenhurst (Harriet Walker), Bellasis’ mother. 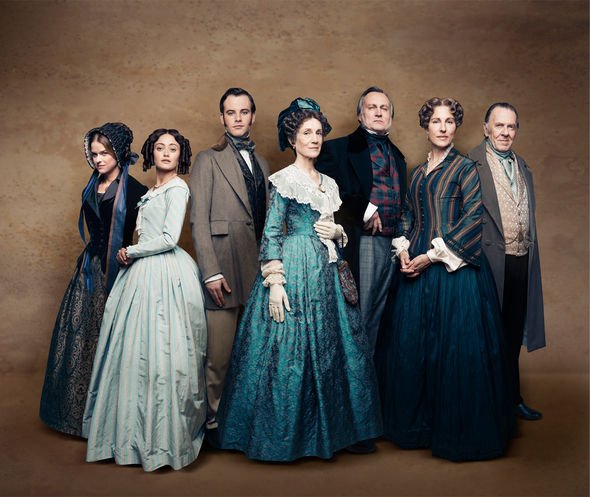 Anne is reunited with the woman who held the ball but it’s not long before her sister, Lady Brockenhurst makes her presence and her wish to speak to Anne known.

The pair reflect on the events of the last 25 years and it soon becomes apparent the Brockenhursts and the Trenchards are bonded together by a dark secret.

However, when viewers tune into the opening episode, will they find themselves drawing comparisons between Belgravia and Downtown Abbey?

Speaking to press including Express.co.uk, executive producer Gareth dismissed the idea the shows are similar.

He explained: “This is very, very different. This is a novel it’s a closed story. It’s a limited series. It’s a beginning, middle, and end.

He continued: “The story of these two women from very, very different sides of the track but, nonetheless united in this grief and the idea that a woman loves a child for all time.

“You know, there’s that through-line, there’s the mystery story that makes this [different].”

Referring to Julian’s well-known style seen in Downton, Gareth added: “But obviously it has the comedy of manners, which is [Julian’s] stock and trade.”

Gareth conceded: “It has that but it just doesn’t have the same dramatic structure as Downton at all.”