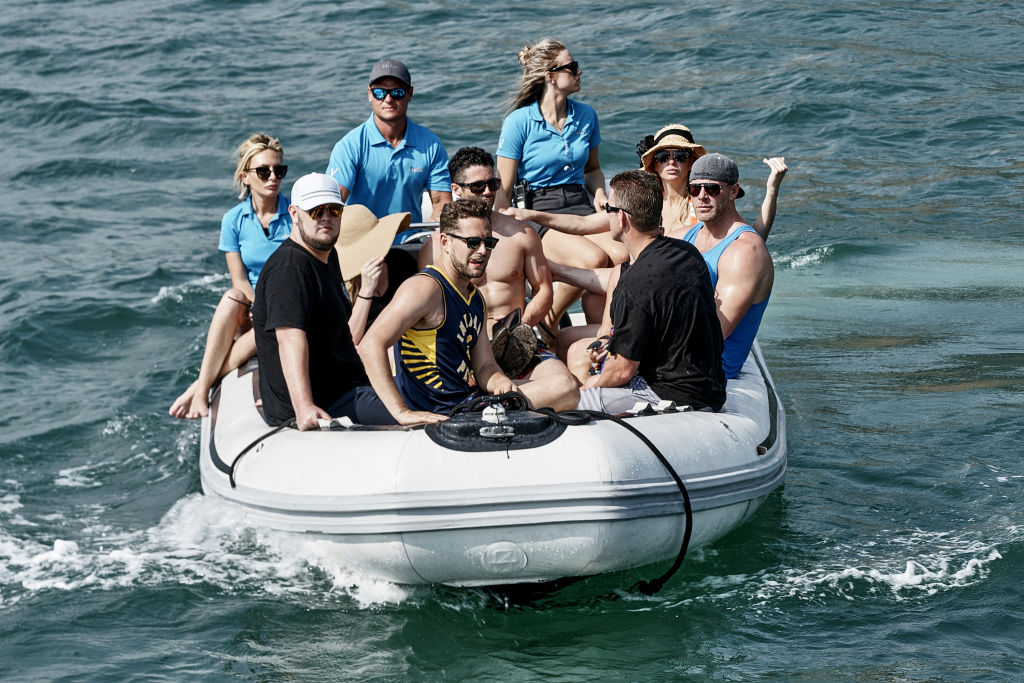 He observed empty beaches along the stretch of the Fort Lauderdale “Strip.” Rosbach shared a photo to Instagram and wrote, “Not a swinging dik onFt Lauderdale Beach. Spring Break 2020 brought to you by #coronavirus. All beach goers banned. Today at 5 pm all restaurants and bars close for 30 days. Be safe and use common sense peeps.”

On Twitter, Rosbach wrote, “I’m back. Will get some rest, and then reengage. Get ready.” Captain Sandy Yawn from Below Deck Mediterranean replied, “Welcome Home!”

Filming may have been shortened

Not a swinging dik onFt Lauderdale Beach. Spring Break 2020 brought to you by #coronavirus. All beach goers banned. Today at 5 pm all restaurants and bars close for 30 days. Be safe and use common sense peeps.

Despite the shorter filming schedule, the source added that the season won’t necessarily be significantly impacted. The season was reportedly filmed in the Caribbean.

Rosbach was treated to a hero’s welcome as his dog Oscar anxiously awaited his dad’s return. “Oscar waiting not so patiently for his Dad to arrive from overseas. #mansbestfriend #mybiggestfan #unconditionallove,” Rosbach shared along with a video of his dog excitedly awaiting his return. Rosbach’s wife Mary Anne’s voice is heard in the video asking Oscar if he’s ready to see his dog dad.

The series finally returns to the Caribbean

The series shifted to Tahiti and then Thailand after a devastating hurricane in the Caribbean destroyed a good amount of the landscape in 2017. Hurricane Irma also impacted many of the cast members as Rosbach and chief stew Kate Chastain both lived in Florida at the time. “Evacuated to a hotel in Orlando waiting for #HurricaineIrma Can’t believe the damage I’m seeing in so many of my favorite Caribbean places,” Chastain tweeted.

Rosbach rode the storm out at home and didn’t have power. “We have, in addition to no power now lost internet. Had to get in my car to get this out on my phone. Not sure if I can tweet tonite or not,” Rosbach tweeted.

He shared his experience with the storm. “Irma was one pissed off lady,” Rosbach said in a Bravo digital original. “I mean, she was hot! If you took a thing of pickup sticks. That’s what the boats looked like down there. Stacked everywhere. Just on the road and people’s houses and underneath the houses. It’s horrendous and we only got Category 1 winds where I live.” He recalls going without power for 10 days too.

Hurricane Irma slammed the Caribbean as a Category 4 hurricane. Yacht Harbor shared photos of some of the yachts that were destroyed in the Caribbean as a result. A Below Deck production boat sunk during filming in February too. No one was injured.