Pic follows young loner Anna, who is hired as the surrogate for Matt, a single man in his 40s. The two strangers come to realize this unexpected relationship will quickly challenge their perceptions of connection, boundaries and the particulars of love. 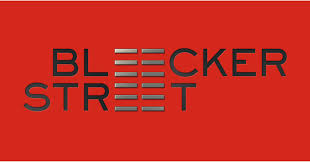 “Nikole Beckwith has created a beautifully touching story of two people, searching for something more, who find themselves through their shared experience,” said Andrew Karpen, CEO of Bleecker Street in a statement. “Led by Ed and Patti with an incredibly funny supporting cast, Nikole has created a modern family portrait and fresh insight into human connections.”

“I couldn’t be happier to partner with Bleecker Street on the life of this movie,” said Beckwith. “Together Together has been my heart for a while now and as a long-time admirer of Bleecker’s work and philosophy, it’s exciting to know I get to pin it to the right sleeve.”

Beckwith’s feature directorial debut Stockholm, Pennsylvania made its world premiere at Sundance 2015. The drama thriller starring Saoirse Ronan, Cynthia Nixon and Jason Isaacs follows a young woman, who kidnapped as a child, finally returns home to the family she barely remembers and struggles to feel at home.

The deal for Together Together was brokered between Kent Sanderson and Avy Eschenasy of Bleecker Street with UTA and Eugene Pikulin of Bruns, Brennan & Berry on behalf of the filmmakers.