The 50th anniversary of the Watergate break-in is today, the “third rate burglary” that ultimately brought down a presidency, and all this week Washington, D.C. has been in a bit of nostalgic mode.

At the DC/DOX Festival, producer Debra McClutchy and director Anne Alvergue screened their new Netflix documentary The Martha Mitchell Effect, focusing on the life of the celebrity Nixon-era figure whose importance in blowing the whistle on the scandal has only recently gotten its due. At the National Portrait Gallery, there’s an exhibition of key portraiture and illustration from the scandal.

But it’s nearly impossible to flashback without comparing the scandal to what’s going on now, via the January 6th Committee hearings, and what may be ahead, as a conservative judge warned on Thursday of the ongoing “clear and present danger” to democracy.

How To Watch The January 6 Hearings: Livestream Link, Scheduled Dates & Who'll Be Testifying 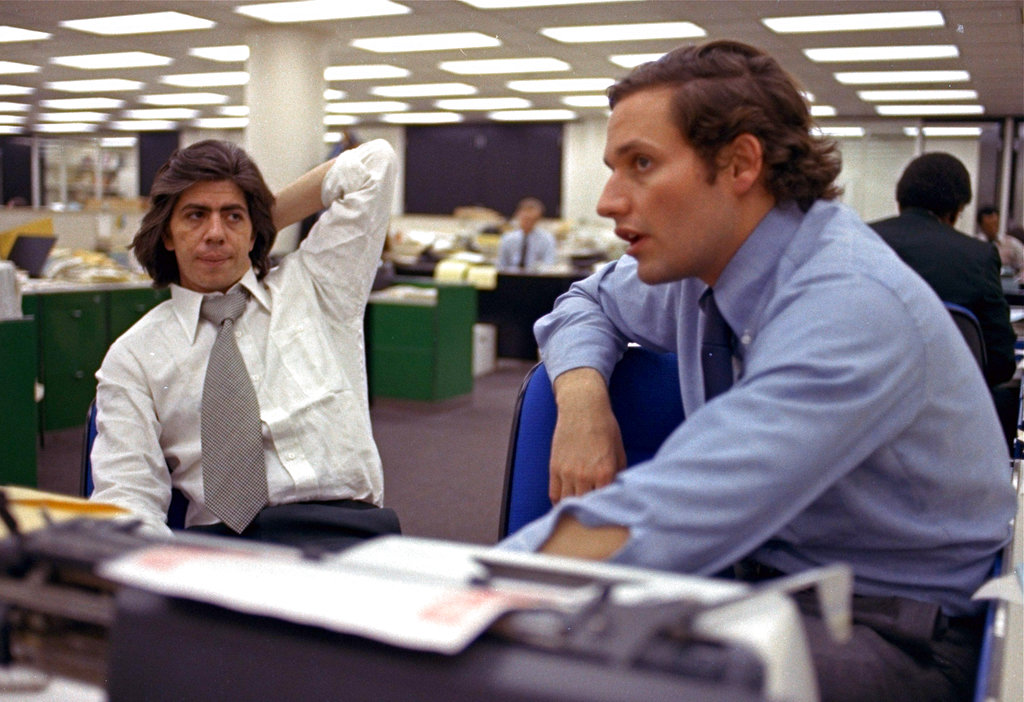 On Friday, The Washington Post gathered Bob Woodward and Carl Bernstein, immortalized in the movie All the President’s Men, based on their book, for a Post Live session with chief correspondent Dan Balz.

Not surprisingly, the attention turned to the January 6th Committee hearings and whether they have shown evidence of a crime.

Woodward said that the material that the committee has presented has been “amazing.”

“It is a crime to subvert a legitimate function of government,” he said. “According to 18 USC 371, Supreme Court decisions going back 100 years, this is a clear lay down case of obstructing an essential and necessary function of government. And what’s more necessary than certifying who is the next president? The diabolical genius of Trump and his associates in this, they found the weak point in the system. January 6th, the votes are presented and counted and then a thousand people violently descended on the Capitol.”

Bernstein said, “Trump clearly, as Bob has said, committed a crime. But the next level up is sedition. What is sedition? It is to encourage, foment an insurrection against the government of the United States. We have the first president in the history who has attempted to engage and produce an insurrection. And so what do you do with that? We failed at impeachment before….Merrick Garland, the attorney general of the United States, now has a huge decision to make. Is Donald Trump going to be prosecuted as the leader of this conspiracy?”

But the difference now, versus the three-broadcast network era of 50 years ago, is in how Americans are being informed, he said.

He cited the trend of news consumers to looking not necessarily for objective reporting — what he and Woodward refer to a the “best obtainable version of the truth” — and more for information to reinforce “what they already believe.”

“The question on my mind is, the people in this country, are they willing, in sufficient numbers, to say, ‘Look, we do not want an authoritarian presidency, etcetera, etcetera. We do not want to see this past president given kid gloves.’”

Woodward and Bernstein wrote a piece for the Post earlier this month that compared the Nixon era to the Trump era. They wrote that Trump “not only sought to destroy the electoral system through false claims of voter fraud and unprecedented public intimidation of state election officials, but he also then attempted to prevent the peaceful transfer of power to his duly elected successor, for the first time in American history.” A difference from Nixon is that so much of Trump’s subversion was accomplished “largely in public.”

Trump has attacked the January 6th Committee hearings as “lies and misrepresentations” while demanding equal time.

In the months after the break in, Woodward and Bernstein’s reporting wasn’t getting widespread attention by other media outlets. But in October, 1972, just before the election, Walter Cronkite devoted significant segments on two broadcasts of the CBS Evening News to the story.

Woodward noted that Katherine Graham, in her memoirs, wrote that “at that point The Washington Post was a local paper. Walter put us on the map.” “She’s right…CBS validated” the Post’s reporting.

Woodward said that an unanswered question he still has of Watergate is, “Why?” He read an excerpt of one of the White House tapes, six weeks after Nixon was reelected in a landslide, in which the president rails against “our enemies…The press is the enemy….The establishment is the enemy….the professors are the enemy.”

“That is somebody who can’t let go of his grievances,” Woodward said.

Before the Post Live appearance, Woodward and Bernstein attended a lunchtime ceremony where Fred Ryan unveiled a piece of history from the burglary: The lock from the door at the Watergate office building. That night, security guard Frank Wills, conducting his rounded, spotted a piece of tape over the lock, placed there to prop it open. Wills removed it. But he noticed a new piece of tape was placed on the lock when he came back again. That tipped him that something suspicious was happening, and led him to call the police.

Woodward said that Jeff Bezos, the owner of the Post, bought the lock at an auction, “and we’re trying to find out how much Bezos paid.”

“We’re going to get the answer,” Bernstein said.

The video of Woodward and Bernstein’s appearance is here.

Al Pacino On Almost Getting Axed From ‘Godfather’, His Early Career & More 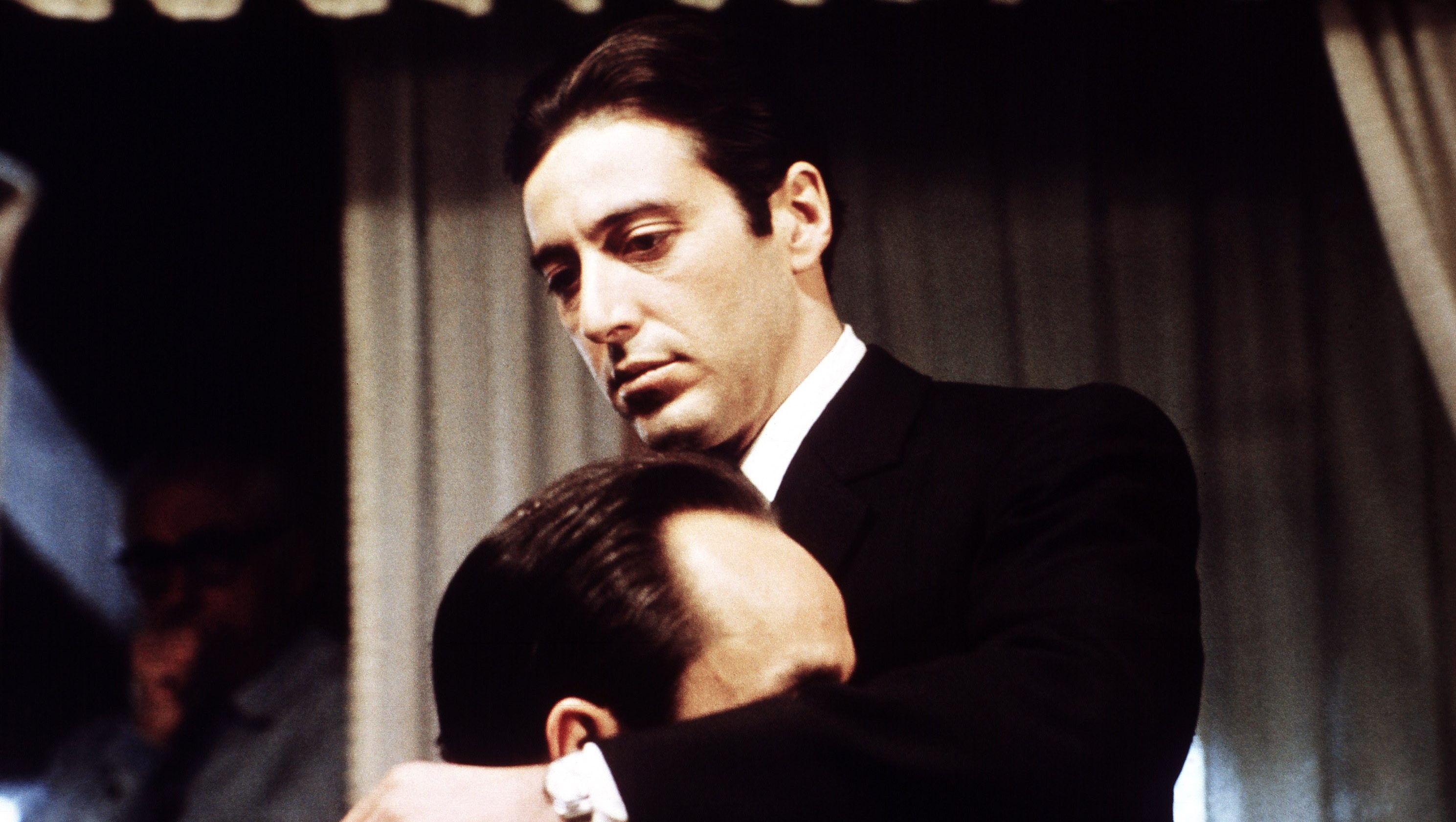