On March 31, 2001, paramedics were called to Michael Barrymore’s home in Roydon to attend to Stuart Lubbock, 31, a partygoer and father of two who was found lying dead on the patio beside the television presenter’s swimming pool. Speaking on Good Morning Britain today about the incident, Mr Barrymore said he could not move on with his life.

“That comes before me or anybody,” Mr Barrymore replied. “It doesn’t matter how bad I feel or awful this is. I can’t live my life and I can’t get on with my life.”

Later in the interview, Mr Barrymore struggled to fight back tears as he spoke on the effect the incident has had on his life.

“I’m sorry, I didn’t want this to happen,” he began before taking a short pause. 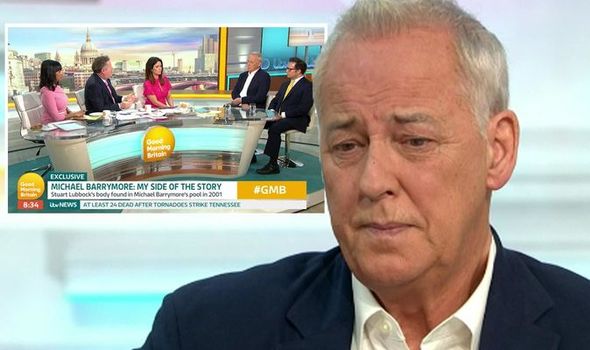 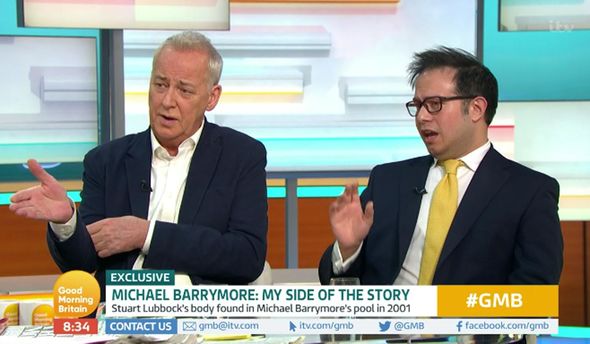 “The only reason I got through the past 19 years, coming up 20 years, is the support, the massive support out there from fans and my close mates. 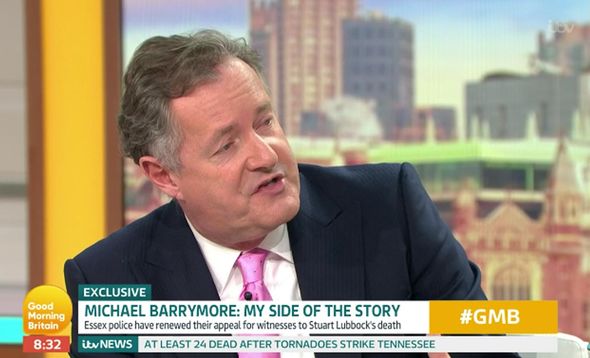 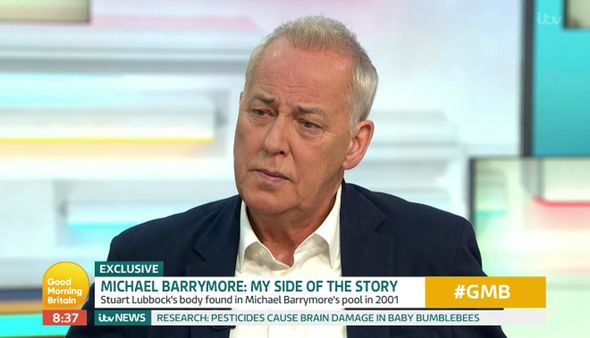 “I’m not looking for sympathy, I’ve been through it, I’m a big boy and I’ve got every right, I’m going to hold my head and walk out on the street high. I am entitled to and it’s my right to.

“At the same time, of course anything to do with the Lubbock family is paramount and over and above me.”

Mr Barrymore added he is always happy to speak to Essex police about the incident and Mr Lubbock.

He explained: “I’m happy to see him. I’m happy to talk to the police. I have nothing to hide.”

Channel 4 said of their documentary: “The documentary was balanced and explored Mr Barrymore and the Lubbock family’s treatment by the press.

“In accordance with the Ofcom Broadcasting code, Mr Barrymore was given a fair opportunity to respond to significant allegations and his position was fairly reflected in the documentary.”

In a statement given to Good Morning Britain, Essex Police said: “Stuart Lubbock was a young father and much loved son who remains at the heart of the case.

“His family want answers and we will continue to do a

“On 31 March 2001 nine people attended a party at Michael Barrymore’s house. One of them, Stuart, ended up being violently sexually assaulted at that party.”

“Other people arrived at the scene in the hours after Stuart’s death. Individuals at the party might have told others what happened.

“We would urge people who do have information to come forward. 19 years is a long time, loyalties change and it’s never too late to do the right thing.”

Good Morning Britain airs weekdays on ITV at 6am.